The day after the V.P. debate, the campaign’s focus moved to Arizona. 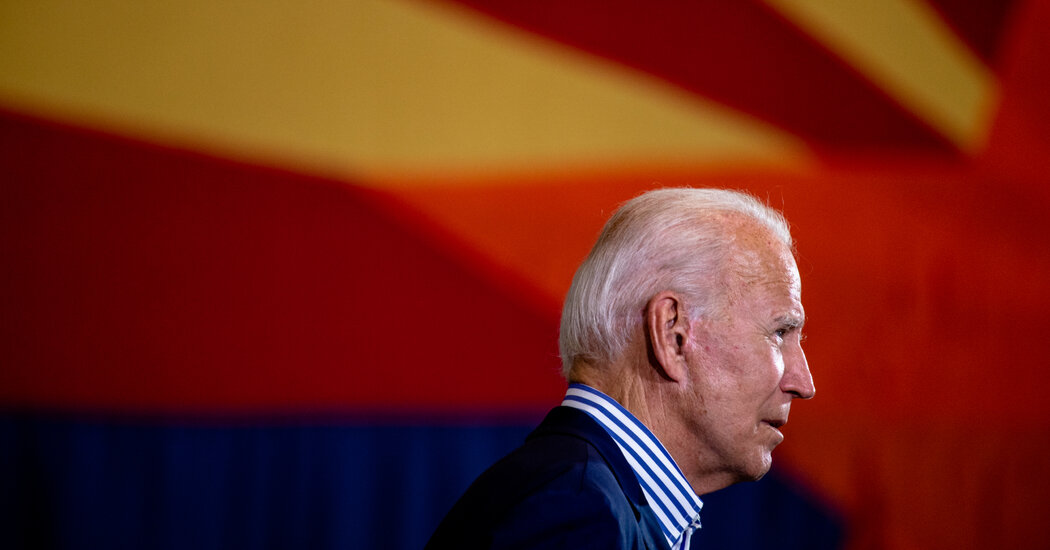 PEORIA, Ariz. — Vice President Mike Pence, Joseph R. Biden Jr. and Senator Kamala Harris all touched down in Arizona on Thursday to rally supporters, a sign of the increasingly pivotal nature of a historically Republican state that is now up for grabs.

In dueling afternoon appearances on the second day of early voting in Arizona, Mr. Pence and the two members of the Democratic ticket appeared on opposite ends of metropolitan Phoenix, the booming desert mecca that will determine who wins the state and could decide the presidency.

One day after Ms. Harris and Mr. Pence met on the debate stage in a clash that was relatively civil, at least by the standards of this race, the two campaigns revived their well-honed talking points and attack lines in the 100-degree heat.

Mr. Pence, making his first solo campaign swing since President Trump tested positive for the coronavirus, assured a few hundred supporters who attended a parking-lot rally that Mr. Trump would be “back on the road and in the fight before you know it.”

On Thursday, the vice president, keeping his blue blazer on despite the searing heat, sought to convince Arizonans that they were on the rebound from the coronavirus after a summer surge of infections and job losses.

Noting that about half the jobs that were lost nationally had been regained and that the state’s unemployment rate had been halved, Mr. Pence proclaimed, “The Arizona and American comeback is underway!”