The Bureau of Land Management Is Moving Back to Washington 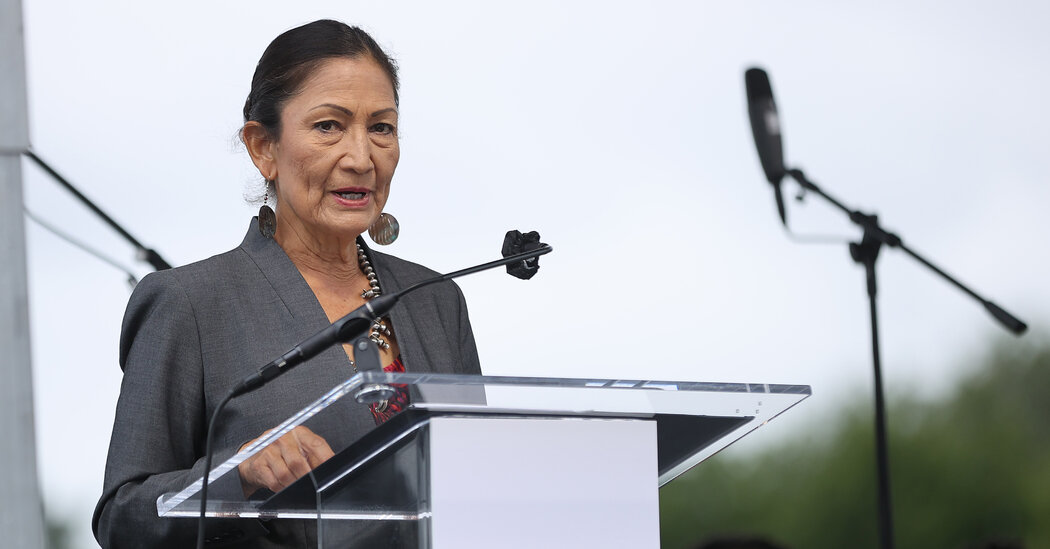 Interior Secretary Deb Haaland announced Friday that the Bureau of Land Management will move its headquarters back to Washington, a reversal of a heavily criticized Trump administration decision to relocate the public lands agency to Grand Junction, Colo.

According to data released by the Biden administration earlier this year, more than 87 percent of the staff of the agency, which oversees oil and gas development as well as recreation on millions of acres of federal lands, left when its leaders established the new headquarters.

Those who remained began working in a building shared by Chevron and an oil and gas lobbying association. Critics contended that driving longtime employees to leave was the ultimate motive behind the move, driven by an administration promising to “drain the swamp” of Washington bureaucrats.

In announcing the return to Washington, Ms. Haaland said that the past few years had been “incredibly disruptive” to the agency, and said the B.L.M. must have “the appropriate structure and resources” to address climate change and expand access to public lands.

“There’s no doubt that the B.L.M. should have a leadership presence in Washington, D.C., like all the other land-management agencies, to ensure that it has access to the policy, budget and decision-making levers to best carry out its mission,” she said in a statement.

Ms. Haaland said the Grand Junction office will remain intact and “will grow and expand as the bureau’s official Western headquarters.”

Democrats and environmental groups applauded the move. Senator Michael Bennet, Democrat of Colorado, said he was “disappointed” that his state was losing the headquarters but called the creation of a new Western office “a very positive development.”

Republicans called the dual-office compromise a waste of federal tax dollars. Senator Steve Daines, Republican of Montana (not Colorado, as an earlier post said), accused the Biden administration of taking the agency in the “wrong direction” by moving those who make decisions about public lands farther away from the resources they manage.

“Clearly, they are more interested in ballooning the D.C. bureaucracy than in making government work better for the people,” he said.