That ‘Obama Scientist’ Climate Skeptic You’ve Been Hearing About … 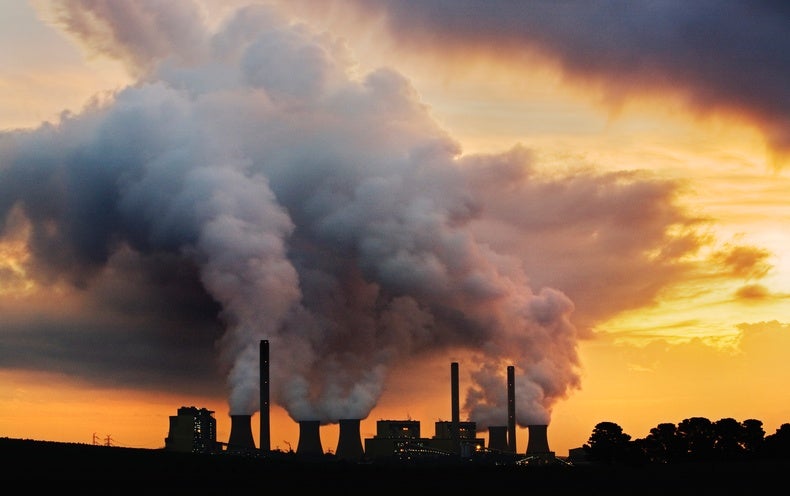 If you’d heard only that a scientist who served in the Trump administration and now regularly appears on Fox News and other conservative media thinks climate change is a hoax, you’d roll your eyes and move on. But if you heard that someone associated with former President Barack Obama’s Democratic administration was calling the climate science consensus a conspiracy, the novelty of the messenger might make you take it a little more seriously.

The latter is what Steve Koonin is using to sell his new book, which is being billed as the revelation of an “Obama scientist” who wants you to think that climate change isn’t a big deal. But unfortunately, climate change is real, is caused primarily by burning fossil fuels, and is already hurting people all over the world, including here in the United States.

For example, a study published recently found that because climate change has caused sea levels to rise, Superstorm Sandy flooded an additional 36,000 homes, impacting 71,000 people who would’ve been safe otherwise, and caused $8 billion in additional damage.

How many people are suffering, and paying in health care costs because of fossil fuels isn’t the kind of thing Steve Koonin thinks you should worry about, though. That’s because his argument in 2021 is as scientifically empty as it was in 2013, when the American Physical Society allowed him to lead a review of their climate consensus statement. He assembled a team of his own to challenge mainstream scientists, and in January of 2014 held a debate for the scientific society. You can even read the 573-page transcript of the full-day debate. (Spoiler alert: the APS was not swayed by denial.) But instead of accepting that his idiosyncratic view of climate science was considered wrong by climate scientists, Koonin resigned from the process. He evidently doesn’t need to win a debate, he just needs to make it seem like there is one.

Since then, the public seems to be his target, as he racks up media hits in the conservative “news” circuit that pushes climate denial. From the friendly reviews and interviews he’s gotten on that circuit, it’s clear that he’s pushing the same tired story that he failed to get the APS and climate scientists to embrace.

Steve Koonin is hoping you’ll see Obama’s name and trust him when he tells you that he’s better equipped to summarize major climate reports than the authors of the U.N.’s IPCC report and the U.S. government’s National Climate Assessment, who wrote at length about the already sizable and growing costs of climate change.

He’s hoping you won’t recall that each president appoints thousands of people, and Koonin, it turns out, was hired at the Energy Department specifically for his contrarianism. His boss at the time, Stephen Chu, said he “didn’t want to have a department where everybody believed exactly as everybody else” and added that Koonin “loves to be the curmudgeon type.”

Knowing that he was brought in to play devil’s advocate because his beliefs were in opposition to the Obama administration makes clear that splashing his decade-old appointment on his book cover is a marketing gimmick.

When it comes to the science, Koonin cherry-picks and misrepresents outdated material to downplay the seriousness of the climate crisis. In April, climate scientists fact-checked Koonin’s claims as encapsulated in a Wall Street Journal review, and found them to be highly misleading. They explain the many ways in which he presents outdated science as definitive and otherwise misrepresents studies to make it seem like that the science is still out on whether or not climate change will be bad. But if the science weren’t settled, as he claims, then that would cut both ways: It might be worse than we think, instead of being no big deal, as Koonin suggests.

The misrepresentations cited as appearing in Koonin’s book are being amplified in right-wing media and beyond. A recent Washington Post column by conservative contributor Marc Thiessen repeats several points Koonin makes. The first is citing the 2017 National Climate Assessment to downplay rising temperatures—but the report’s very first key finding on the topic says temperatures have risen, rapidly since 1979, and are the warmest in 1,500 years.

The second is Thiessen quoting Koonin’s use of an outdated 2014 assessment on hurricanes to downplay climate concerns. But the newer 2017 report finds that human activity has “contributed to the observed upward trend in North Atlantic hurricane activity since the 1970s.”

A third point downplays sea level rise by portraying it as steady over time, cherry-picking reports from the Intergovernmental Panel on Climate Change. In fact, the rate of sea-level rise has quadrupled since the industrial revolution, as climate scientists pointed out years ago when Koonin made this same argument. The remaining points are just as easily rebutted by a simple read of the sources he is misrepresenting. But he wants you to believe that, as an Obama hire, he knows better about what you should take away from these reports than the scientists who wrote them.

Thiessen is a fellow at the American Enterprise Institute. For those unfamiliar with the tangled world of organized climate denial, a recent study paints a pretty clear picture: of all the conservative, climate-denying think tanks that get Koch and other industry funding, AEI has gotten the most. It received some $380 million to peddle industry-friendly denial like Koonin’s, much of it through dark money pass-throughs to conceal that it’s coming from conservative and dirty-energy donors.

Koonin isn’t lying about having worked for the Obama administration, but he’s certainly trying to portray himself as something better than he is: a crank who’s only taken seriously by far-right disinformation peddlers hungry for anything they can use to score political points. He’s just another denier trying to sell a book.

Humpback Whale Nearly Eats a Lobsterman, Then Thinks Better of It