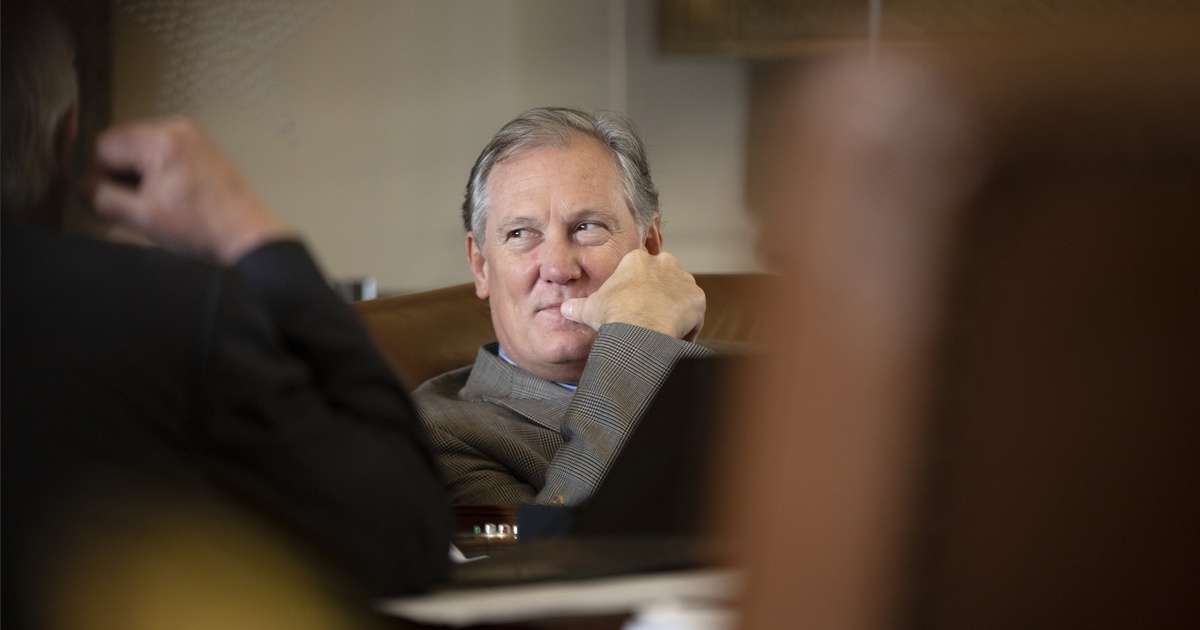 Sign up for The Brief, our daily newsletter that keeps readers up to speed on the most essential Texas news.

Two days after House Democrats broke quorum to kill Texas’ elections overhaul legislation, Republicans say they plan to use a special session to change a controversial provision that raised concerns it would hurt get-out-the-vote efforts by Black churches.

A last-minute addition to the final version of Senate Bill 7, negotiated behind closed doors, set a new window for early voting on Sundays, limiting it to 1 to 9 p.m. Democrats and voting rights advocates said GOP lawmakers were targeting “souls to the polls,” the longtime practice by Black congregations that encourages members to go vote after Sunday morning services.

In an interview Tuesday with NPR, one of the negotiators, Rep. Travis Clardy of Nacogdoches, said the 1 p.m. start time was an error and that it should have been 11 a.m. Despite his claim, no Republicans raised an issue with the start time during final debate over the bill, and one of them even defended it.

Clardy told NPR that the Sunday start time was “one of the things I look forward to fixing the most” in a special session.

“That was not intended to be reduced,” Clardy said. “I think there was a — call it a mistake if you want to — what should have been 11 was actually printed up as 1.”

Lawmakers are set to revisit the legislation in a yet-to-be-called special session after Democrats staged a walkout late Sunday night that blocked passage of SB 7 in the regular session, which ended Monday. In a Texas Tribune interview later Tuesday, Gov. Greg Abbott said he was unaware of the specific mistake that Clardy was referring to but that he had heard there “clerical errors” with the final version of SB 7 and that he would be open to “making modifications” to the Sunday voting rules.

After Clardy’s interview with NPR, another GOP negotiator and the bill’s House sponsor, Rep. Briscoe Cain of Deer Park, said that what Clardy said was true and that lawmakers intended to fix the start time in a special session.

Despite the new claims that the 1 p.m. start time was a mistake, Republicans did not flag it as an error in debate over the final version of SB 7 this weekend. In the Senate, SB 7’s author, Sen. Bryan Hughes, R-Mineola, stood by the start time under Democratic questioning late Saturday night.

“Those election workers want to go to church, too,” Hughes said. “And so that’s why it says 1 p.m. [and] no later than 9 p.m. You can make Sunday service and go after that.”

When Sen. Royce West, a Dallas Democrat, pressed Hughes on that justification, Hughes admitted it wasn’t based on conversations with election workers but suggested that “souls to the polls” efforts promoted voting after the lunch hour.

“You can correct me, but souls to the polls — I thought we went to church and ate lunch and then voted,” Hughes said.

When the House moved Sunday night to pass SB 7, Cain noted that it did not outlaw voting initiatives “such as souls at the polls.”

Asked about Clardy’s comments Tuesday, Hughes said the “intent was to extend the Sunday voting hours” and that lawmakers would “make this clear in the special session.”

In the interview with the Tribune, Abbott said he was “satisfied with the current” version of SB 7, and hoped both chambers would move quickly it on when he does call a special session. Subsequently informed of Clardy’s comments to NPR, Abbott said he had “heard there were clerical errors made by [Legislative Council] with regard to” SB 7 but he was “not familiar with the error that Rep. Clardy talked about.”

“I wouldn’t be surprised if it was an error,” Abbott said. “That said, I don’t want to hinder anybody’s ability to vote on that one Sunday that we do have for early voting, and so I’m amenable to making modifications to ensure that people do have adequate to be able to vote.”

Alexa Ura contributed to this report.