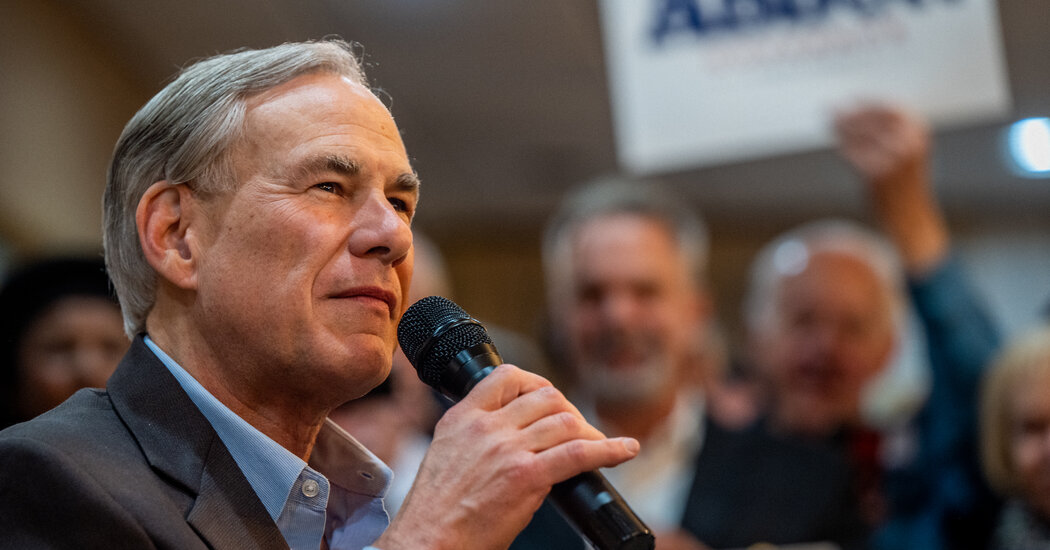 As Mr. Abbott described in his letter, the order would mean that “all licensed professionals who have direct contact with children” would be required to report to state authorities those that they believe are receiving gender-affirming treatment, or face criminal penalties.

In the court filing on Tuesday, the A.C.L.U. of Texas and Lambda Legal, a civil rights organization focusing on the L.G.B.T.Q. community, sought to block the request for medical records in the employee’s case and, more broadly, challenged the legitimacy of the investigation and the power of the governor to change the definition of child abuse. According to the filing, other investigations have also begun.

The groups argue in the suit that the directive by the governor was issued improperly under state law, ran afoul of the Texas constitution and violated the constitutional rights of transgender youth, as well as their parents.

“No family should have to fear being torn apart because they are supporting their trans child,” Adri Pérez, the policy strategist at the A.C.L.U. of Texas, said in a statement. “A week before an election, Gov. Abbott and Attorney General Ken Paxton issued a partisan political attack that isn’t rooted in the needs of families.”

Dr. Megan Mooney, a licensed psychologist in Houston, is also a plaintiff in the lawsuit. Dr. Mooney, who is required to report suspected child abuse under Texas law, has a practice that includes transgender patients, many of whom have been diagnosed with gender dysphoria, according to the suit.

The moves by Mr. Abbott and Mr. Paxton, both two-term Republican incumbents, came days before a primary election in which each faces significant and noisy challenges from far-right opponents. Mr. Paxton, who has been indicted on securities fraud charges and accused of corruption by his own former top aides, has been seen as particularly vulnerable. Going into Tuesday’s primary, he appeared unlikely to receive more than 50 percent of the vote and was likely to end up in a May runoff.

Paul Castillo, senior counsel at Lambda Legal, said in a statement that Mr. Abbott and Mr. Paxton were “joining a politically motivated misinformation campaign with no consideration of medical science and seem determined to criminalize parents seeking to care and provide for their kids,” adding that “gender-affirming care for the treatment of gender dysphoria is medically necessary care, full stop.”