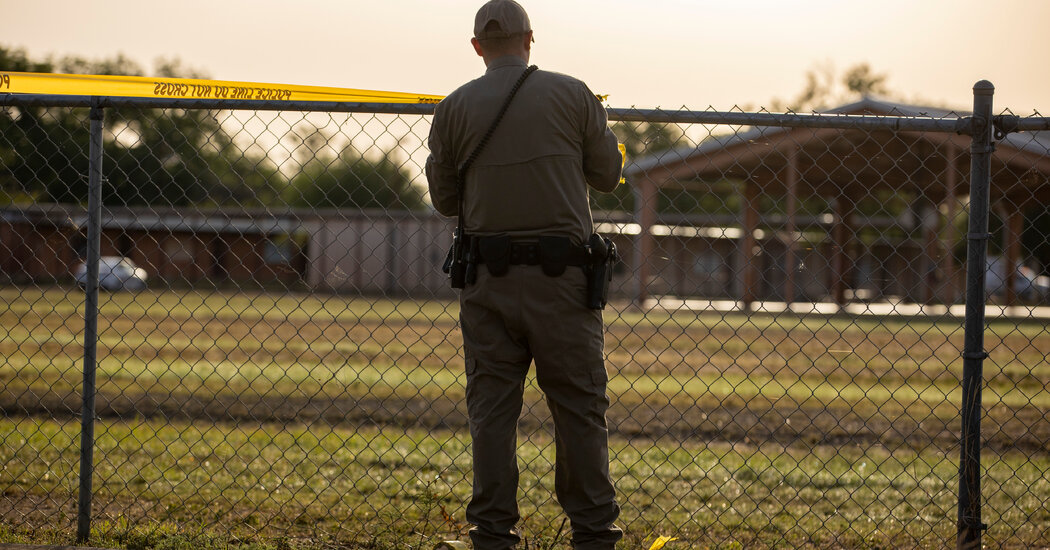 The gunman who killed 19 children and two adults at a school in Uvalde, Texas, told an online acquaintance that he had just shot his grandmother and was about to “shoot up a elementary school” minutes before carrying out one of the deadliest school shootings in United States history, according to screenshots provided by the friend.

A 15-year-old girl in Germany who asked to be identified only by her nickname, Cece, said in an interview that she had met the future gunman, Salvador Ramos, about two weeks earlier on Yubo, an app that lets people livestream themselves to strangers and through which other teenagers from California to Greece said they had interacted with Mr. Ramos.

Mr. Ramos turned 18 on May 16, and the girl said that he had video called her in the days around his birthday from a gun store, where he told her he was purchasing an AR-15 rifle. In the following days, Mr. Ramos obliquely referred to doing something with the gun, though she said she was never clear about what. On Monday evening, the night before the shooting, she said, he told her that a package had arrived from an online order and sent her a picture of a large cardboard box that he later said contained ammunition that would expand on impact. Cece said Mr. Ramos also showed her, on a video call, a black bag that appeared to hold many magazines of ammunition and at least one gun.

On Tuesday morning, the two spoke on a video call just before 10 a.m., according to the girl’s phone logs. She said Mr. Ramos showed her the outfit he was wearing, which was all black. He said he could not tell her his secret until his grandfather had left the house.

At 11:06 a.m., he texted her that he was “waiting for” his grandmother, who he said was “on the phone with AT&T” about his cell phone. He referred to her with a vulgar expletive. “Ima do something to her rn,” he wrote. The screenshots do not show Cece replying, but at 11:21 a.m., Mr. Ramos sent another text: “I just shot my grandma in her head,” followed immediately by another: “Ima go shoot up a elementary school rn.”

Cece said she read the messages as soon as he sent them but was “curious” about whether he was serious. It was only after the shooting appeared on the news that she asked a friend in the United States to contact U.S. authorities, a delay she said she now regrets.

“Maybe I could’ve changed the outcome,” she said. “I just could never guess that he’d actually do this.”

Gov. Greg Abbott of Texas said on Wednesday that Mr. Ramos had shot his grandmother in the face before driving off in a pickup truck that was registered to her. Mr. Ramos’s grandmother survived and called the police as he headed for Robb Elementary School, less than a mile away, and began shooting students and teachers inside a fourth-grade classroom.

Mr. Abbott said that Mr. Ramos had posted on Facebook that he had shot his grandmother and was going to shoot people at an elementary school, but a Facebook spokesman said that the governor was inaccurately referring to what the company said were “private messages.” It was unclear if the messages that the spokesman and governor appeared to be referring to were sent on Facebook, by text message or on another messaging platform.

To verify that she was speaking with Mr. Ramos, Cece provided screenshots of a video call that appeared to show Mr. Ramos’s face as well as a screenshot of a message he had sent her from an Instagram account that he had used to message others.

When Cece saw news of the attack, she said, she got in touch with another friend that she had befriended on Yubo and asked her to contact the authorities, she said.