Texas: Does Biden actually have a shot at winning? The answer is a tossup. 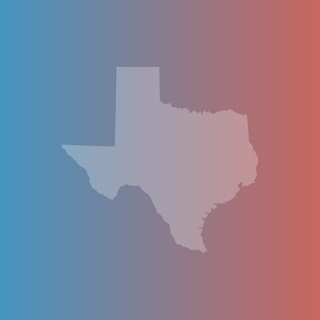 HOUSTON — It’s been a long time since a Democrat won Texas in a presidential race. “Disco Duck” ruled the airwaves and “All the President’s Men” was all the cinematic rage the last time it happened. The year was 1976, when Texans selected Jimmy Carter over Gerald R. Ford.

Nearly 44 years later, people in Texas and beyond are wondering if Mr. Biden can pull a Jimmy Carter. The answer so far is yes, no, maybe not and maybe so. You hear some version of the four depending on whom you ask and whether they live mentally or physically in red Texas or blue Texas (both are a place as well as a state of mind).

“Put me down as a yes,” said State Representative César J. Blanco, a Democrat and Navy veteran in El Paso. “It’s looking like a perfect storm for Democratic candidates up and down the ballot in Texas.”

“No, I don’t see Biden being successful, and his own campaign does not either — zero serious efforts being waged 40 days out with early voting starting in just 20 days,” said David M. Carney, a Republican strategist who has advised former Gov. Rick Perry and other top Texas conservatives.

Republicans and Democrats rarely agree on anything in battleground states. In Texas, they cannot even agree on calling it a battleground. For many Democrats, the notion that Texas is a battleground state in 2020 is its own kind of victory — an acknowledgment that the decades-long Republican grip on the state has loosened and its solid red hue has started fading to purple.

“I don’t need to tell you, Texas is the biggest battleground state in our country,” Hillary Clinton told Texas Democrats on Thursday in a video speech at an annual fund-raising dinner.

Some Texas Republicans bristle at the description. A handful of Democrats have cut it close in Texas in recent years: Mrs. Clinton herself lost to Mr. Trump in 2016 by only nine percentage points and Beto O’Rourke was defeated by Senator Ted Cruz in 2018 by just two percentage points. But Republicans point out that the last time any Democrat won statewide office in Texas was 1994. How can a Democrat win Texas for the White House, they ask, when a Democrat cannot even win Texas for state agriculture commissioner or state attorney general?

State Senator Paul Bettencourt, a Houston Republican, sees another factor at play: the new fight over a Supreme Court nomination, which he said would help Mr. Trump energize his supporters and win votes from independents and Republicans who had been dissatisfied with him.

“I think the chance is gone at this point,” Mr. Bettencourt said of whether Mr. Biden could win Texas. “A few months ago, maybe there was a chance. But now, no. Too many hot buttons have been hit all at the same time.”