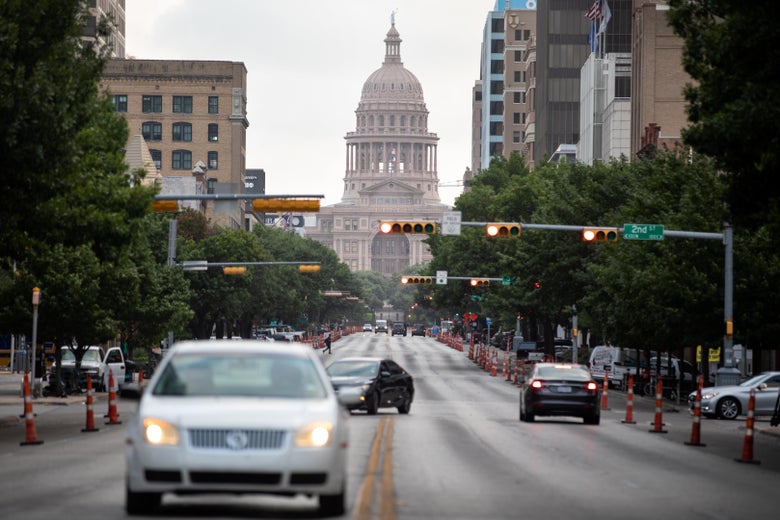 As the clock got closer to the midnight deadline, Democratic lawmakers in Texas decided it was time for dramatic action to block passage of a massive overhaul of the state’s election laws. The measure had seemed all but certain to pass, but with a little more than an hour to go before the deadline Democrats staged a walkout, depriving their Republican colleagues of the 100-member quorum needed to pass the measure. It amounted to one of the biggest protests to date by Democrats against the efforts by Republicans across the country to restrict voting rights. And it was historic too. It marked only the fourth time in the history of Texas that lawmakers decided to break quorum to protest a bill. The last time the strategy was used was in 2003, when 50 Democrats fled to Oklahoma to protest redistricting.

The Democrats’ victory is likely to be short-lived. Although the midnight deadline meant anything not passed by then would be dead for the year, Gov. Greg Abbott made clear he would bring up the measure again in a special session. “Election Integrity & Bail Reform were emergency items for this legislative session. They STILL must pass,” Abbott tweeted. “They will be added to the special session agenda.” Abbott didn’t specify when the special session would start, but it could be as early as Tuesday.

Even if it’s just temporary though, the failure to pass the bill marked a huge defeat for Abbott and Republican lawmakers who had characterized the sweeping bill as a top priority for the state. Democrats staged their walkout after Chris Turner, the House Democratic chairman, sent a text message to his colleagues at 10:35 p.m. Central time telling them to pick up their things. “Leave the chamber discreetly,” Turner wrote. “Do not go to the gallery. Leave the building.” Turner later said the walkout was taken out of frustration at what Democrats felt was an effort by Republicans to not even listen to their objections. “It became obvious Republicans were going to cut off debate to ram through their vote suppression legislation,” Turner said in a statement. “At that point, we had no choice but to take extraordinary measures to protect our constituents and their right to vote.”

After they walked out, Democrats met up outside a Black church and held a news conference. The location was meant to emphasize their objection to a last-minute change to the bill that would have forbidden Sunday voting before 1 p.m., which would have disproportionately affected Black worshippers. “We may have won the war tonight but the battle is not over,” Democratic state Rep. Nicole Collier said. The bill would have also made it easier for a judge to overturn an election, eliminated drive-thru voting, 24-hour polling centers, and given more authority to partisan poll watchers, among other measures. “We remain vigilant against any attempt to bring back this racist bill in a special session,” Sarah Labowitz, policy and advocacy director for the ACLU of Texas, said in a statement.

Slate is covering the stories that matter to you. Become a Slate Plus member to support our work. Your first month is only $1.