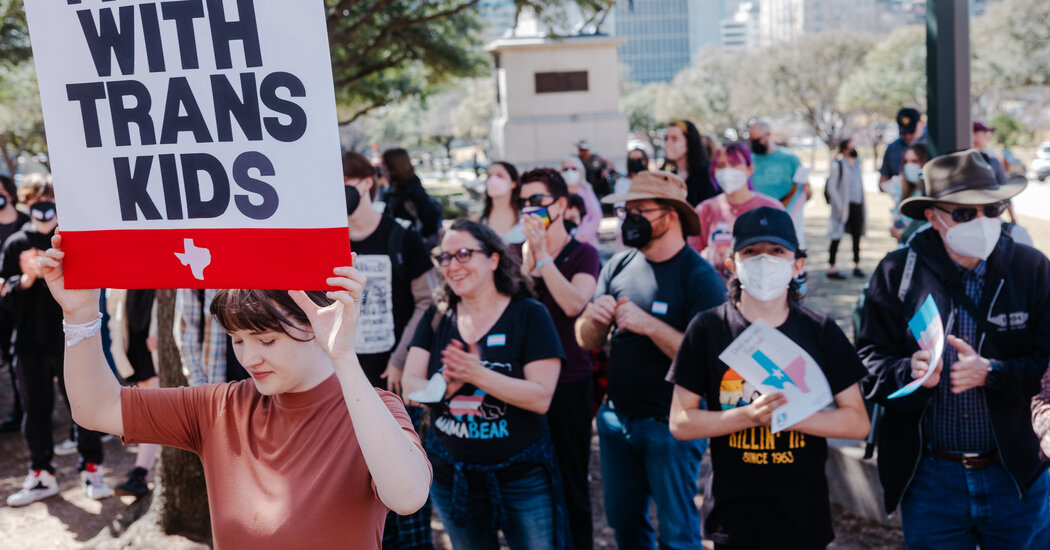 The family members, Judge Meachum wrote, “face the imminent and ongoing deprivation of their constitutional rights, the potential loss of necessary medical care, and the stigma attached to being the subject of an unfounded child abuse investigation.” She blocked the state from taking any adverse employment action against Ms. Doe.

And in the case of Dr. Mooney, the judge wrote that, if she followed the governor’s directive, she would have been forced to choose between criminal prosecution for not reporting abuse, or potential civil liability for not treating patients “in accordance with professional standards and loss of licensure for failing to follow her professional ethics.”

Though the ruling was limited, lawyers for the plaintiffs argued that the message had been clear: The state’s investigation had “put the Doe family at incredible harm,” said Karen Loewy, senior counsel for Lambda Legal. “It would be pretty unconscionable for the agency to continue investigations when that’s the assessment,” she added.

Ms. Loewy said she thought the state was unlikely to appeal the temporary restraining order given its limited scope. “It would be extraordinary, and incredibly punitive for the state to appeal when at the moment the only relief is to the parties,” she said in an interview on Wednesday evening.

Soon after, the state, represented by the attorney general’s office, appealed the ruling.

A spokeswoman for the governor did not immediately respond to a request for comment.

But in a call with reporters earlier on Wednesday, the top strategist for Mr. Abbott’s re-election campaign, David Carney, said that being against medical treatment for transgender children, and treating it as child abuse, was a “winning issue” for the governor. Mr. Abbott is running for a third term in November.

“That is a 75 to 80 percent winner,” Mr. Carney said. “This is why the Democrats across the country are out of touch.”