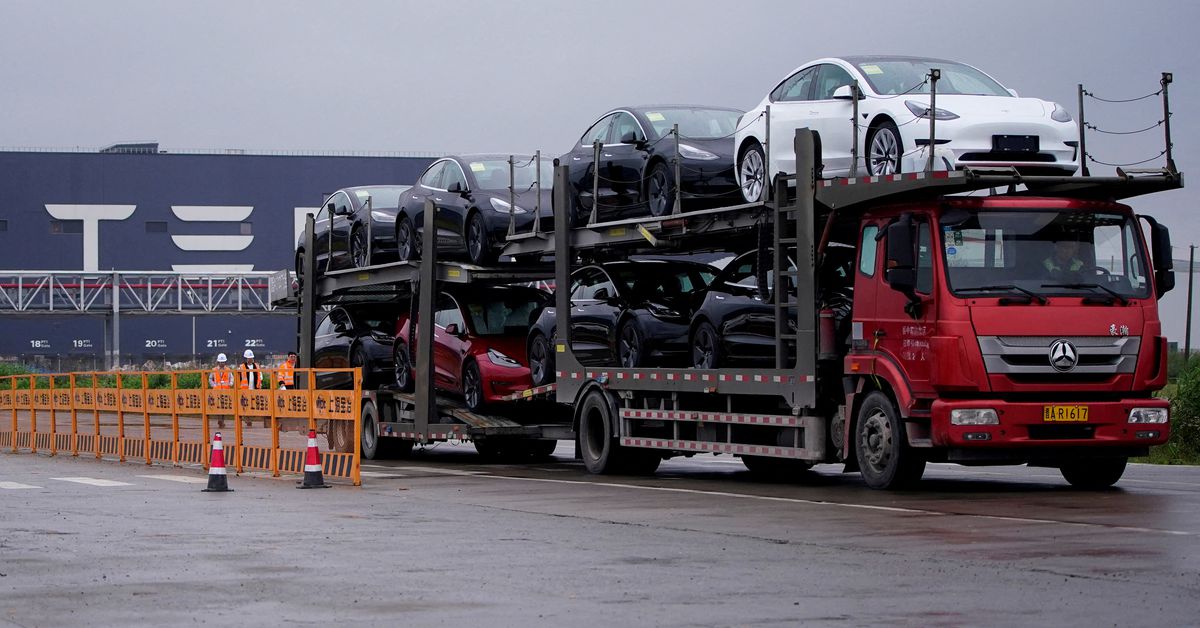 A truck transports new Tesla cars at its factory in Shanghai, China May 13, 2021. REUTERS/Aly Song/File Photo

SHANGHAI, April 3 (Reuters) – Tesla (TSLA.O) has notified workers and suppliers that production at its Shanghai factory will not resume on Monday as it had hoped, according to an internal notice shared with Reuters.

Reuters reported earlier on Sunday that the U.S. automaker aimed to resume production on Monday, citing two sources, as it expected to see its first batch of workers released from a lockdown the city imposed to combat a surge in COVID-19 cases. read more

However, Monday production plans have now been cancelled, according to the notice, which did not elaborate on the reasons or say when the company expected activity to resume.

Production at Tesla’s Shanghai factory, which produces cars for the China market and is also a crucial export hub, has been halted since March 28 after the government launched a two-stage lockdown that started in areas east of the city’s Huangpu River where the plant is located.

Tesla had originally hoped to only halt operations for four days, but cancelled production plans for Friday and Saturday after the authorities extended tight movement restrictions in the eastern half of the city. Virtually all of Shanghai is currently under lockdown.

The current stoppage marks one of the longest suspensions since the factory started production in late 2019. Tesla manufactures 6,000 Model 3 and 10,000 Model Y cars per week at its Shanghai factory, one of the sources said.

Tesla did not immediately respond to requests for comment.

“This was an *exceptionally* difficult quarter due to supply chain interruptions and China zero-COVID policy,” its chief executive officer Elon Musk said in a tweet on Saturday.