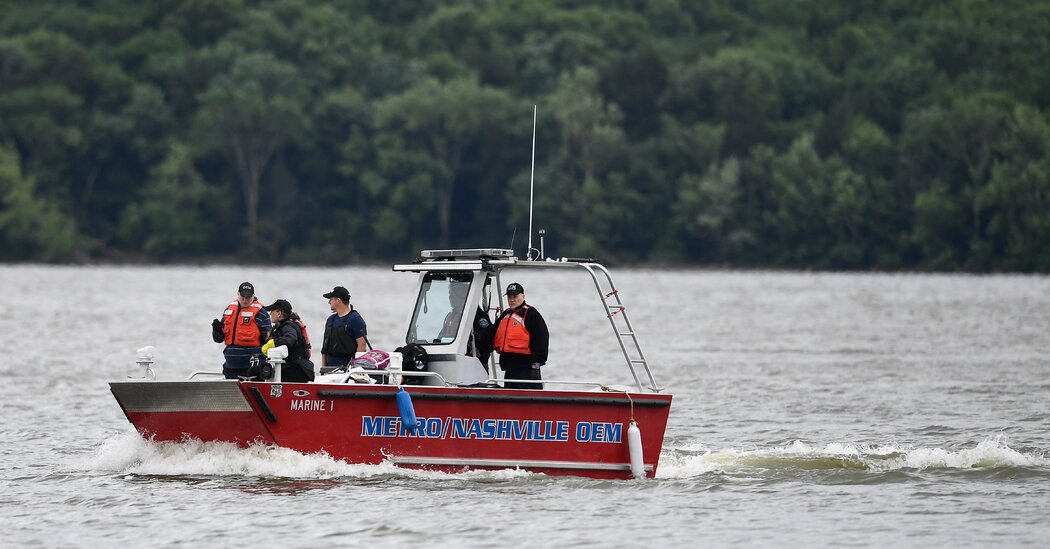 All seven people aboard a small plane were presumed dead after it crashed shortly after takeoff into a lake outside Nashville, Tenn., on Saturday, the authorities said.

The plane, a Cessna Citation 501, crashed into Percy Priest Lake near Smyrna, Tenn., at about 11 a.m. local time, shortly after it had taken off from Smyrna Airport, south of Nashville.

The Federal Aviation Administration confirmed that seven people had been on board.

At a news conference on Saturday night, Capt. Joshua Sanders of Rutherford County Fire Rescue said that after searching the lake since 11 a.m., “we have transitioned from a rescue effort to a recovery effort.”

The crews on the scene were “no longer looking for live victims at this point,” Captain Sanders said. “We are now recovering as much as we can from the crash site.”

He said divers who had searched the lake planned to resume their search on Sunday morning.

The plane was headed to Palm Beach International Airport in Florida.

The National Transportation Safety Board said it had sent two investigators to the crash site. A preliminary report on the crash is expected in about two weeks, the agency said, and a complete report, including the probable cause, could take up to two years.