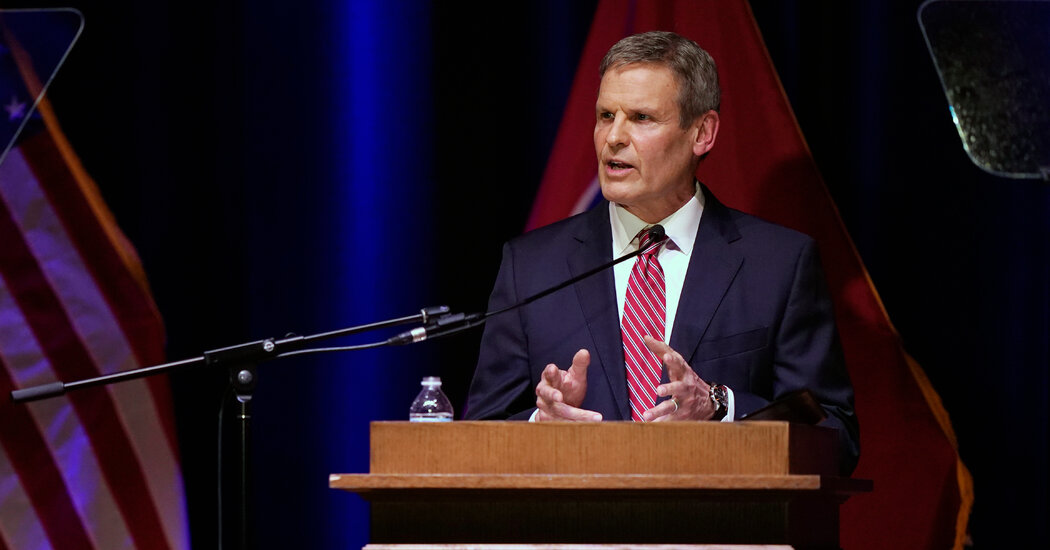 Gov. Bill Lee, a Republican, signed the Tennessee bill into law on Tuesday. It follows a measure approved earlier this year in Arkansas that prohibits gender-confirming treatments and surgery for minors. In April, Gov. Asa Hutchinson — in a rare move for a Republican elected official — vetoed that legislation, though his veto was later overridden by the State Legislature.

Unlike Arkansas’s law, Tennessee’s takes a narrower approach, banning doctors from giving gender-confirming hormone treatment to prepubescent minors. It is among a series of measures focusing on transgender youths that have been enacted by Tennessee lawmakers this year.

Chris Sanders, the executive director of the Tennessee Equality Project, called it a “slap in the face” to transgender youths. He said he knew of no doctor in the state who provided hormone treatments to minors before puberty.

“This is another example of the state government saying that the state doesn’t trust trans youth and their physicians,” Mr. Sanders said.

Michael Reding, a practice manager at Rager Adolescent Health, a medical office in Nashville that specializes in care for L.G.B.T.Q. youths, said that “codifying the current standards as prepubertal doesn’t affect anything we do or anything that the state does.”

“It’s not done by anyone that we’re aware of in the state,” Mr. Reding said of hormone treatments for prepubescent minors.

According to the World Professional Association for Transgender Health, it is recommended that adolescents experience the onset of puberty before they start receiving hormone treatment, such as puberty blockers.

The offices of the governor and the Senate sponsors of the legislation did not immediately respond to requests for comment about the law on Thursday.

Last month, the American Medical Association urged the country’s governors to oppose legislation that would limit gender-confirming care for transgender youths, calling it “a dangerous intrusion into the practice of medicine.”

In addition to the bill that he signed on Tuesday, Governor Lee approved a measure on Monday that requires businesses to post signs indicating that they allow transgender people “to use any public restroom within the building or facility” that corresponds to their gender identity. Another bill, which Governor Lee signed into law last week, puts public schools at risk of being sued if they do not require transgender people to use restrooms or locker rooms that correspond to their sex at birth.

In March, Governor Lee signed legislation that requires students in the fifth grade and higher to show legal documentation of their assigned sex at birth in order to participate in school sports. He had earlier said that transgender athletes would “destroy women’s sports.”

In a statement on Wednesday, Melodía Gutiérrez, the associate regional campaign director for the Human Rights Campaign, decried the series of measures that Tennessee has enacted this year concerning transgender people.

“The Governor has told transgender youth they can’t use the bathroom at school, they can’t play school sports alongside their peers, and they can’t have L.G.B.T.Q. people or issues discussed in the classroom, including in history or literature,” she said. “Now he thinks he knows better than their doctors and parents, too. Shame on Governor Lee for letting anti-L.G.B.T.Q. extremists make Tennessee their playground.”

According to the Human Rights Campaign, as of May 19, 22 anti-L.G.B.T.Q bills have been enacted into law this year across the United States, more than the last three years combined.