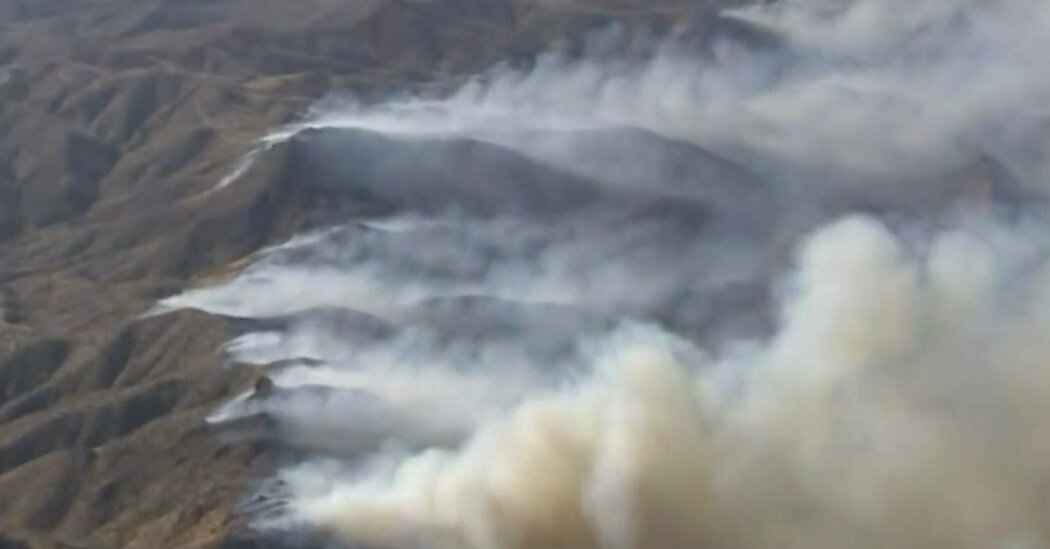 A pair of wildfires in Arizona have burned tens of thousands of acres and forced hundreds of residents to evacuate, the latest in what experts fear will prove to be an unusually damaging and dangerous fire season.

The two fires, less than 50 miles away from each other, were little contained as of Monday morning. No deaths or injuries have been reported, and the causes are under investigation.

The Telegraph Fire, which was first reported Friday afternoon, had consumed more than 41,000 acres as of Monday morning and come within a mile of the town of Top-of-the-World, according to fire officials. It was located about 70 miles east of Phoenix.

The few hundred residents of Top-of-the-World and several other areas were ordered to evacuate, while those in Superior, a nearby town a few miles from the Telegraph Fire, were warned to be ready.

“If you choose to ignore this advisement, you must understand emergency services may not be able to assist you further,” the Pinal County Sheriff’s Office told residents on Sunday.

For the Mescal Fire, evacuations were ordered for Coyote Flats, Soda Canyon and some residents in El Capitan, while several other areas were told to be prepared for evacuations.

Several roads in the area were closed, including U.S. Route 60.

A severe multiyear drought, largely connected to climate change, sparked wildfires months earlier than usual this spring, with soil moisture depleted and dried-out vegetation more prone to combustion. In April, a wildfire in the Hualapai Mountains in Arizona caused the evacuation of hundreds of homes.

With summer not yet begun and the drought predicted to worsen, experts expect this year’s wildfires could top last year’s total of 10.3 million acres burned in the United States.

Temperatures in Arizona have reached as high as 97 degrees in recent days with low humidity, conditions that are expected to continue in the coming days. High winds, combined with the hot and dry weather, “will persist and aid in fire spread in all directions,” officials said.

“There is no significant relief in the forecast,” officials said.