Ted Cruz’s Daughters Attend a Private School That Is ‘Antiracist’ 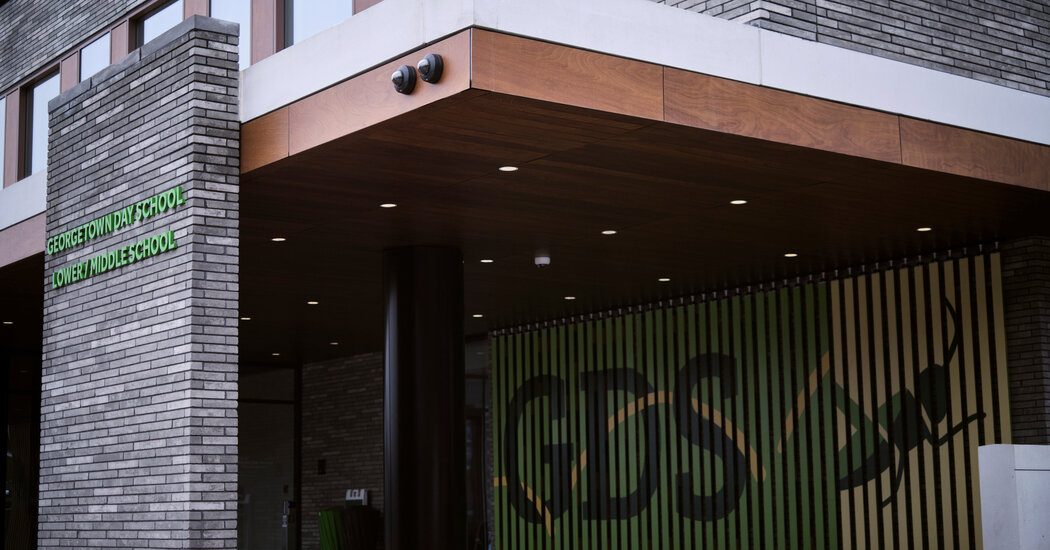 Senator Ted Cruz of Texas helped lead the Republican charge against antiracism efforts at a private school in Washington during the Supreme Court confirmation hearing this week for Judge Ketanji Brown Jackson. But leaders at the private school in Houston where the senator sends his two daughters have articulated a similar commitment.

Mr. Cruz said during the hearing that the curriculum of Georgetown Day, an expensive private school in Northwest Washington where Judge Jackson is one of 23 members of the board of trustees, was “filled and overflowing with critical race theory.” Critical race theory is an academic concept that Republicans have increasingly used as a vague, catchall term to criticize how educators infuse ideas about racism and inequality into curriculum.

Flanked on Tuesday by a blown-up page from “Antiracist Baby,” by Ibram X. Kendi, Mr. Cruz held up book after book that he described as assigned reading at the school and grilled Judge Jackson about whether she endorsed their messages.

Mr. Cruz’s comments were part of a surprising assault on Georgetown Day as Republicans sought to exploit barely coded appeals to racism during the hearing for Judge Jackson, who is poised to become the first Black woman on the Supreme Court. The school, which her daughter attends, has for decades educated children of the liberal and conservative elite. Parents who enroll their children pay more than $40,000 a year.

St. John’s School, where Mr. Cruz’s daughters are students, is also an elite institution, with annual tuition topping $32,000, according to its website. And leaders there have advocated a similar antiracist stance.

In June 2020, shortly after George Floyd, a Black man, was killed by a white police officer who pinned Mr. Floyd’s neck under his knee, setting off protests across the country, school leaders wrote to the community about their approach.

“St. John’s, as an institution, must be antiracist and eliminate racism of any type — including institutional racism — within our school community and beyond,” wrote Mark Desjardins, then the school’s headmaster, and John Moody, the chairman of the board of trustees.

A statement on community and inclusion, approved by the board in 2018, says the school ensures “cultural intelligence and proficiency” for all community members. It also incorporates “cultural proficiency, diversity, global awareness and inclusivity into all facets” of the curriculum.

The New Republic and The Washington Post reported earlier on St. John’s. A spokeswoman for Mr. Cruz did not immediately provide answers to questions late Thursday.

In an interview on Wednesday, Mr. Cruz said his questions during the hearing were not meant to suggest that parents did not know what their children were learning, or that there should be any action taken against the school — which would undermine principles like school choice and private school autonomy that Republicans champion.

“I’m saying that Judge Jackson is on the board of a school that aggressively teaches critical race theory,” he said, “and that is an extreme and divisive theory that pits children against other children, divides us based on race, and teaches a false and revisionist history of our nation.”