Ted Cruz didn’t get a convention invite, but he still has plenty to say. 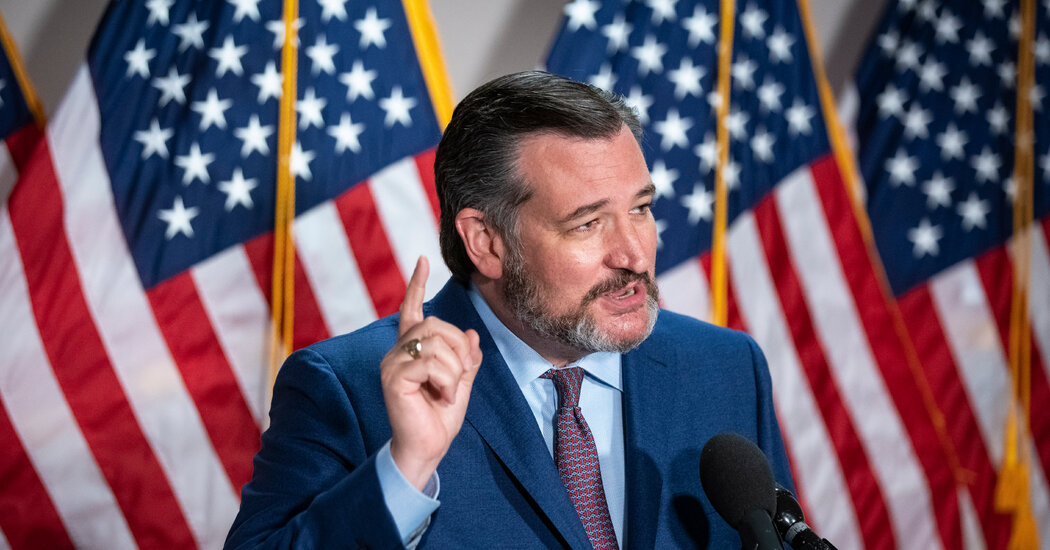 Four years ago, Senator Ted Cruz of Texas delivered the most stunning speech of the Republican National Convention, conspicuously declining to endorse Donald J. Trump, his former presidential primary rival, and urging viewers instead to “vote your conscience.”

“They didn’t ask me to participate,” Mr. Cruz said in a phone interview from his home in Houston. “So, I’m not on the speakers’ roster.”

Amid the whiplashing loyalties and perpetual game theory of Trump-era Republicanism, Mr. Cruz is at once a singular figure — former antagonist, wannabe successor, current ally generally (convention lineups notwithstanding) — and perhaps the most striking exemplar of a certain kind of 2020 party leader.

He would like to be there for whatever comes after Mr. Trump, openly aspiring to run for president again if the opportunity presents itself. And like most of his Republican peers, he is not quite sure what will be there on the other side.

Mr. Cruz’s bet, as in his runner-up finish in the 2016 primary, is that ideological conservatism will eventually win the day, despite the manifest indifference many Trump supporters have shown toward some traditional stated priorities of the right, like controlling deficits.

Asked in the interview to make a convention-style case for Mr. Trump’s re-election on the spot, Mr. Cruz cited the “remarkable policy successes” of the last four years, paused for 12 seconds, then set off on an auditorium-ready, fully-composed celebration of tax cuts, deregulation and the “historic economic boom” that preceded the coronavirus.

Asked if Mr. Trump was making this argument effectively, the senator ruled: “Sometimes.” (Mr. Cruz made clear that he “would have been happy to” step to a microphone this week, if he had been invited.)