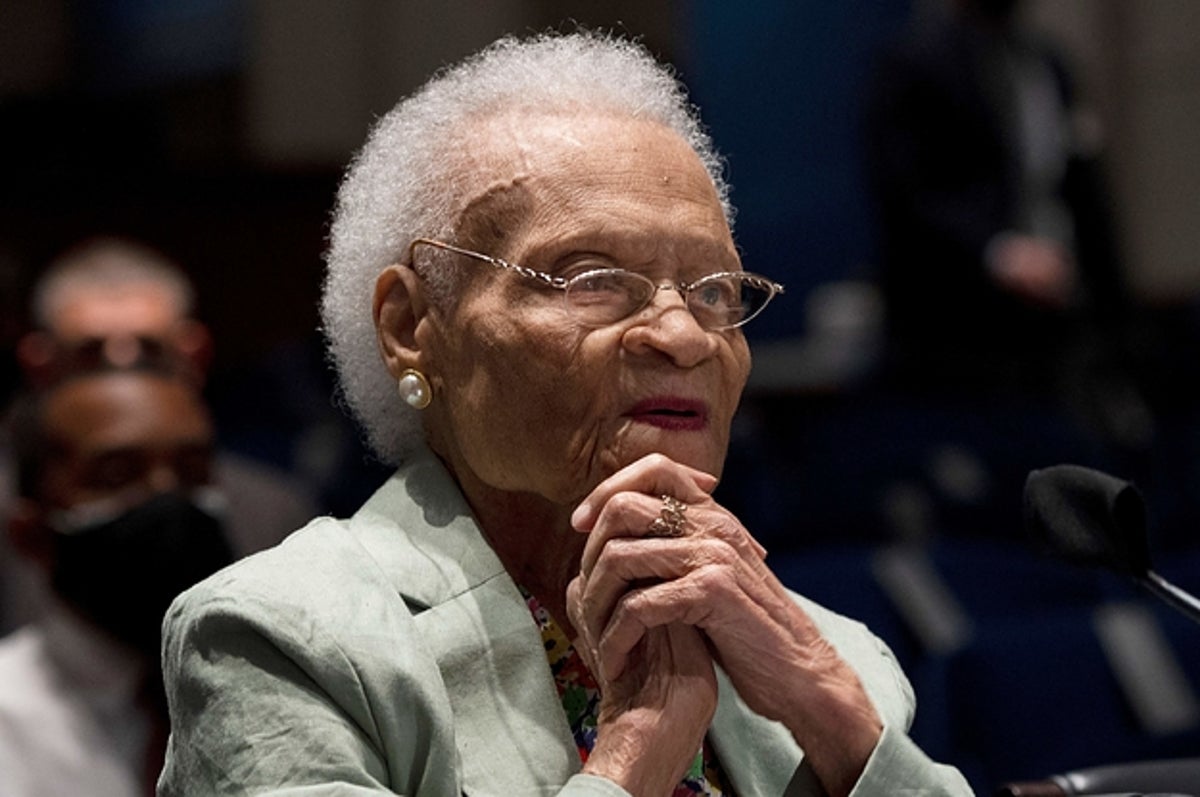 Viola Fletcher is 107 years old, but she can still recall in vivid detail the horror of one night almost a century ago.

On May 31, 1921, she was woken up by her terrified parents, who took her and her five siblings and fled their Tulsa home.

In the streets, a white mob was attacking the Black community. It was the start of the Tulsa massacre.

“I still see Black men being shot and Black bodies lying in the street,” Fletcher, the oldest living survivor of the massacre, said in testimony on Capitol Hill on Wednesday.

“I still smell smoke and see fire. I still see Black businesses being burned. I still hear airplanes flying overhead. I hear the screams,” she said. “I live through the massacre every day.”

On Wednesday, Fletcher and her younger brother Hughes Van Ellis, who is 100, testified at a House Civil Rights and Civil Liberties Subcommittee hearing in Congress to mark the upcoming centennial of the massacre, when a mob of white Tulsa residents, with the support of law enforcement, attacked and burned a thriving Black neighborhood.

Homes and businesses in the Greenwood district, known then as Black Wall Street, were burned to the ground, with thousands forced into homelessness after fleeing their residences.

Oklahoma officially recorded 36 casualties in the massacre. A state commission later estimated that up to 300 people died.

No one was ever held accountable for the deaths and financial losses. Only in recent years has the massacre begun to be widely publicly acknowledged.

The only other remaining survivor of the massacre, 106-year-old Lessie Benningfield Randle, delivered congressional testimony on Wednesday via video.

“White men with guns came and destroyed my community,” said Randle, who was 6 years old when the massacre took place. “They burned houses and businesses. They just took what they wanted out of the buildings then they burned them. They murdered people.”

“We were told they just dumped the dead bodies into the river,” she said. “I remember running outside of our house. I ran past dead bodies. It wasn’t a pretty sight. I still see it today in my mind — 100 years later.”

Wednesday’s hearing was designed for survivors and descendants to share testimony, which would inform possible compensation or other forms of justice on the eve of the centennial.

Van Ellis, also known as Uncle Red, told lawmakers that the Tulsa massacre was not simply a footnote in history for him and other survivors.

“We live with it every day and the thought of what Greenwood was and what it could have been,” he said. “We aren’t just black-and-white pictures on a screen. We are flesh and blood.”

In moving testimony, all three spoke of how the massacre has defined their lives and deeply impacted their ability to access education and financial security.

Both Fletcher and Randle criticized Oklahoma authorities who were responsible for the violence against them and later used their stories to raise money — but never paid any reparations to victims’ families or survivors.

“To this day, I can barely afford my everyday needs,” Fletcher said. “All the while the city of Tulsa have unjustly used the names and stories of victims like me to enrich itself and its white allies through the $30 million raised by the Tulsa Centennial Commission while I continue to live in poverty.”

The 100th anniversary of the Tulsa massacre will be recognized on May 31 with a host of events over Memorial Day weekend, including a concert with John Legend.

Oklahoma Gov. Kevin Stitt was kicked from the centennial commission on Friday, just one week after he signed a bill banning the teaching of some issues surrounding race and racism in public schools.

In Congress on Wednesday, the survivors demanded justice and accountability for the massacre and called for reparations to be paid.

“They owe us something,” Randle said. “They owe me something.”