Supreme Court to Weigh California Law on Treatment of Pigs 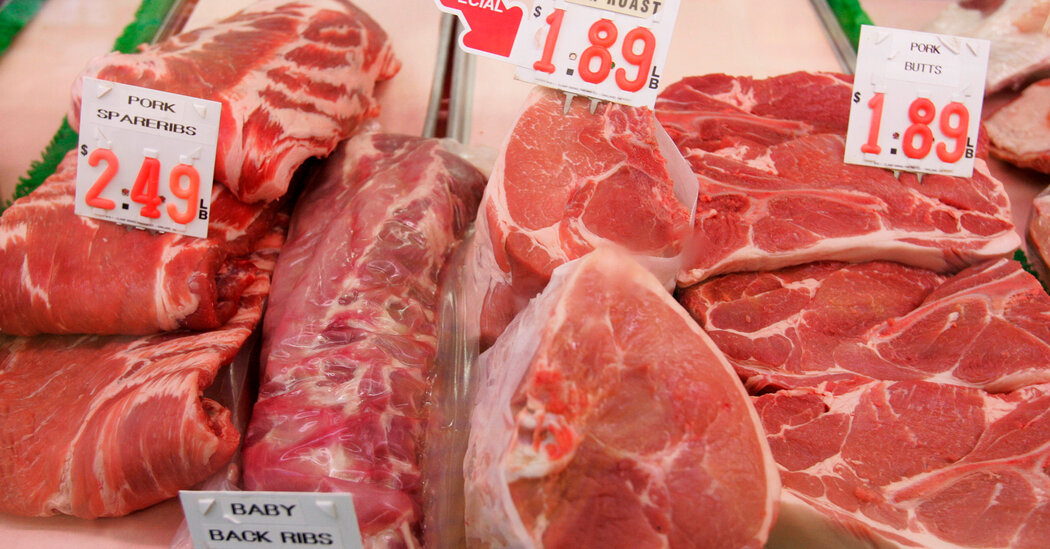 WASHINGTON — The Supreme Court agreed on Monday to hear a challenge to a California law that seeks to address cruelty to animals by requiring that pork sold in the state come from breeding pigs housed in spaces that allow them to move around freely.

The law, Proposition 12, a 2018 ballot measure that was approved by more than 60 percent of the state’s voters, was challenged by two trade groups that said it interfered with interstate commerce and sound business practices.

“Almost no sow farmers in the country satisfy Proposition 12’s sow housing requirements, and most believe that those requirements would harm their animals, employees and operations,” lawyers for the two groups — the National Pork Producers Council and the American Farm Bureau Federation — told the justices in their petition seeking review.

In a brief urging the justices to reject the trade groups’ appeal, Rob Bonta, California’s attorney general, said his state was entitled to regulate sales there, adding that the law “is entirely indifferent to the ways products sold in other states are priced or produced.”

He added that “a number of pork producers and suppliers have publicly announced that they have taken steps to ensure that their products will continue to be sold lawfully in California.” Those suppliers include Tyson and Hormel, Mr. Bonta wrote in his brief in the case, National Pork Producers Council v. Ross, No. 21-468.

Lawyers for the Humane Society of the United States and other animal welfare groups, which intervened in the case to defend the law, wrote that it was meant to end “cruel and unsanitary conditions that threaten the health of California consumers” and that “producers can freely sell products outside California from farm animals confined contrary to Proposition 12’s standards.”

A unanimous three-judge panel of the U.S. Court of Appeals for the Ninth Circuit, in San Francisco, rejected the argument that the law’s out-of-state effects made it invalid. “State laws that regulate only conduct in the state, including the sale of products in the state, do not have impermissible extraterritorial effects,” Judge Sandra S. Ikuta wrote for the panel.

The law forbids the sale of most pork in California unless the pig it comes from was born to a sow that was housed with 24 square feet of space. But most sows around the nation are kept in much smaller enclosures.

“These pens,” the groups challenging the California law wrote, “provide around 14 square feet of space and — for hygiene, safety, and animal-welfare and husbandry reasons — do not allow the sow to turn around.”

The size of California’s market, the groups added, makes it impossible to ignore the state’s requirements. “Californians account for 13 percent of the nation’s pork consumption, but raise hardly any pigs,” their brief said. “The massive costs of complying with Proposition 12 fall almost exclusively on out-of-state farmers.”

Since California imports almost all the pork sold in the state, they said, the law as a practical matter seeks to regulate producers in places like Minnesota and Iowa.