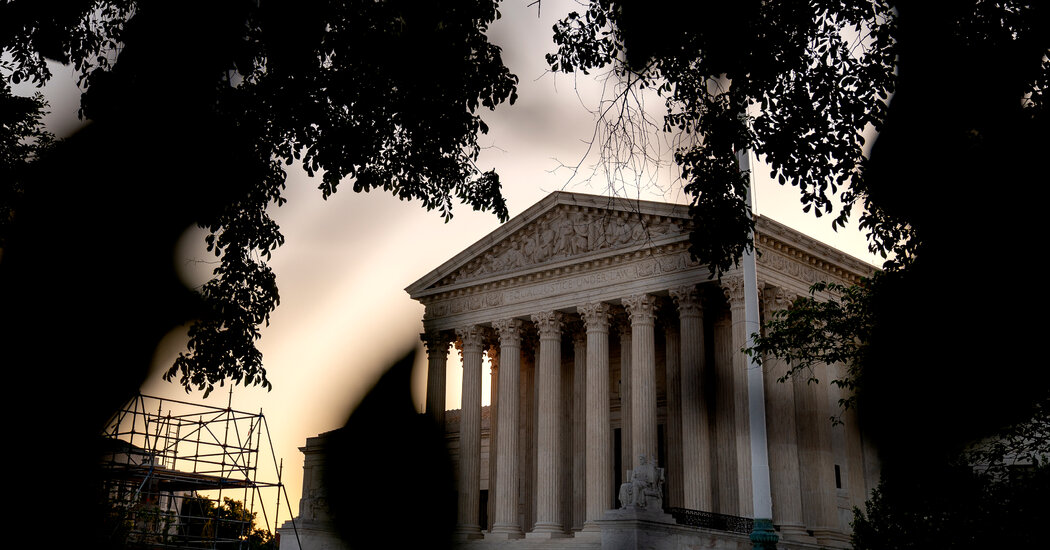 WASHINGTON — Over the dissents of its three liberal members, the Supreme Court on Monday refused to hear an appeal from a death row inmate in Missouri who said the way the state planned to execute him would cause him excruciating pain. The inmate, Ernest Johnson, had asked to instead be put to death by a firing squad.

As is the court’s custom, it gave no reasons for refusing to hear the case. Mr. Johnson was convicted of murdering three people during a 1994 robbery of a gas station. He later learned he had a brain tumor and underwent surgery to address it, leaving him with a seizure disorder.

Mr. Johnson sued to challenge Missouri’s execution protocol, which uses a lethal injection of pentobarbital, saying it would very likely cause him to suffer intense and painful seizures. As required by Supreme Court precedent, he proposed alternative methods of execution, starting with nitrogen gas, a method contemplated by state law but never used.

In a separate case from Missouri in 2019, Bucklew v. Precythe, the Supreme Court ruled that nitrogen gas was not a feasible alternative because it was, as Justice Neil M. Gorsuch wrote for the majority, “an entirely new method — one that had never before been used to carry out an execution and had no track record of successful use.”

But Justice Gorsuch wrote that other alternatives would remain available. “An inmate seeking to identify an alternative method of execution is not limited to choosing among those presently authorized by a particular state’s law,” he wrote.

In a concurring opinion, Justice Brett M. Kavanaugh said a firing squad may be one such alternative, noting that a lawyer for the state had specifically raised the possibility when the case was argued in 2018.

After the 2019 case was decided, Mr. Johnson sought to amend his lawsuit to ask for a firing squad. The United States Court of Appeals for the Eighth Circuit, in St. Louis, denied the request, saying it had come too late.

In dissent from the Supreme Court’s decision not to hear Mr. Johnson’s appeal, Justice Sonia Sotomayor wrote that the appeals court’s action was unfair and unseemly.

“Think about what the Eighth Circuit has done in the interest of moving things along more quickly,” she wrote. “Johnson has plausibly pleaded that, if he is executed using pentobarbital, he will experience pain akin to torture. Those factual allegations must be accepted as true at this stage of the litigation.”

“Yet despite the risk of severe pain rising to the level of cruel and unusual punishment,” she continued, “the Eighth Circuit has ensured that no court will ever review the evidence in support of Johnson’s Eighth Amendment claim.”

“There are higher values than ensuring that executions run on time,” Justice Sotomayor wrote, quoting from her dissent in the 2019 decision. “The Eighth Amendment sets forth one: We should not countenance the infliction of cruel and unusual punishment simply for the sake of expediency. That is what the Eighth Circuit’s decision has done. Because this court chooses to stand idly by, I respectfully dissent.”

Justices Stephen G. Breyer and Elena Kagan joined Justice Sotomayor’s dissent in the case, Johnson v. Precythe, No. 20-287. In a second dissent, Justice Breyer, who has called for the reconsideration of the constitutionality of the death penalty, said the new case provided further evidence of how problematic capital punishment has become.

“I simply add,” Justice Breyer wrote, “that the difficulty of resolving this claim, 27 years after the murders, provides one more example of the special difficulties that the death penalty, as currently administered, creates for the just application of the law.”