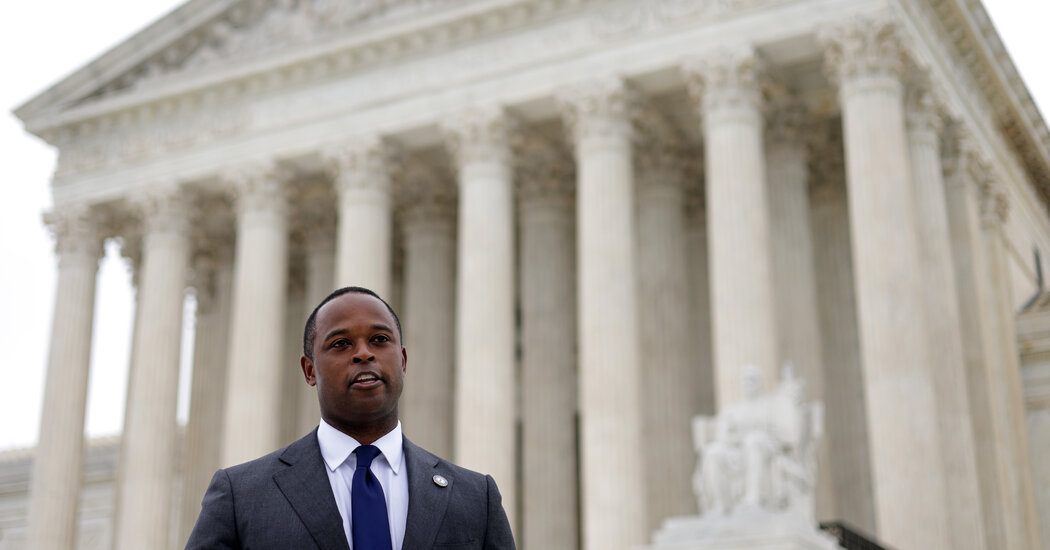 The Supreme Court ruled on Thursday that Kentucky’s attorney general, a Republican, may step in to defend a state abortion law struck down by a federal appeals court after the governor, a Democrat, refused to pursue further appeals.

The question in the case was procedural, and the court did not address the constitutionality of the abortion law. The court has in recent months allowed a Texas law banning most abortions after six weeks to go into effect and heard arguments in a case from Mississippi about that state’s 15-week ban.

Questions from the conservative justices in the Mississippi case suggested that they may be preparing to overrule Roe v. Wade, the 1973 decision that established a constitutional right to abortion.

Thursday’s decision, in Cameron v. EMW Women’s Surgical Center, No. 20-601, concerned a Kentucky law that challengers said effectively banned the most common method of abortion in the second trimester of pregnancy, dilation and evacuation.

The case started in 2018, when the state’s only abortion clinic and two doctors sued various state officials to challenge the law. The state’s attorney general at the time, Andy Beshear, a Democrat, said his office was not responsible for enforcing the law and entered into a stipulation dismissing the case against him, agreeing to abide by the final judgment and reserving the right to appeal.

The state’s health secretary, who had been appointed by a Republican governor, defended the law in court. A federal trial court struck the law down, saying it was at odds with Supreme Court precedent. The health secretary appealed, but the attorney general did not.

Mr. Beshear appointed a new health secretary, Eric Friedlander, who continued to defend the law on appeal. But after a divided three-judge panel of the U.S. Court of Appeals for the Sixth Circuit, in Cincinnati, affirmed the trial judge’s ruling, Mr. Friedlander declined to seek review from the full appeals court or the Supreme Court.

Mr. Cameron, the new attorney general, sought to intervene in the appeals court, saying he was entitled to defend the law. The appeals court denied his request, ruling that it had come too late.

Justice Samuel A. Alito Jr., writing for the majority, said the appeals court had erred.

Only Justice Sonia Sotomayor dissented. “I fear today’s decision will open the floodgates for government officials to evade the consequences of litigation decisions made by their predecessors of different political parties,” she wrote, “undermining finality and upsetting the settled expectations of courts, litigants, and the public alike.”

In an argument last week in a case presenting a similar issue, Justice Stephen G. Breyer, apparently forgetting that the court had not yet issued its ruling in the Kentucky case, appeared to disclose how it would come out.

“Pretty similar to what we just allowed in that case of the attorney general,” he said. “You know, it was a different party. What was it, Kentucky?”