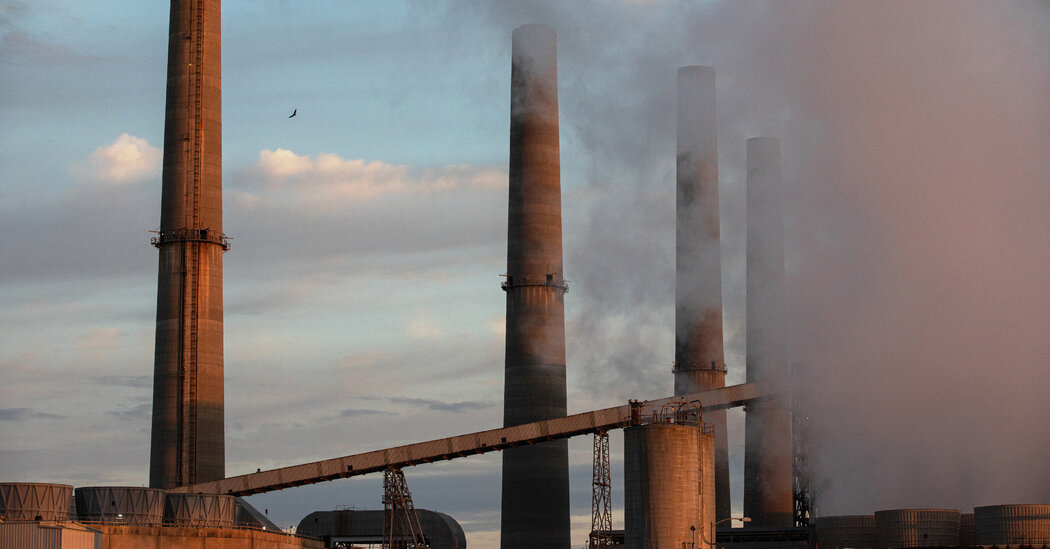 WASHINGTON — The Supreme Court said on Thursday that it would allow the Biden administration to continue to take account of the costs of greenhouse gas emissions in regulatory actions, rejecting an emergency application from Louisiana and other Republican-led states to block the use of a formula that assigns a monetary value to changes in emissions.

The court’s brief order gave no reasons, which is typical when the court acts on emergency applications. There were no noted dissents.

The case concerned an interagency working group created by President Barack Obama that in 2010 announced a framework for assessing the costs of greenhouse gas emissions. President Donald J. Trump disbanded the group, and President Biden revived it.

In an executive order issued in January 2021, Mr. Biden instructed the group to develop “estimates of the monetized damages associated with incremental increases in greenhouse gas emissions.”

“An accurate social cost is essential for agencies to accurately determine the social benefits of reducing greenhouse gas emissions when conducting cost-benefit analyses of regulatory and other actions,” the order said.

In February 2021, the group published interim estimates that were identical to those in place in 2016, adjusted for inflation. Louisiana and other states sued, saying the group’s actions had not been authorized by Congress and had not followed administrative procedures.

The U.S. Court of Appeals for the Fifth Circuit, in New Orleans, stayed Judge Cain’s injunction while the Biden administration’s appeal moved forward. In an unsigned opinion, a unanimous three-judge panel wrote that the states were likely to lose. “The plaintiff states’ claims are premised solely on the broad use of the interim estimates,” the panel wrote. “They do not challenge any specific regulation or other agency action.”

The panel added that the states had not suffered the sort of direct injury that gave them standing to sue. “The interim estimates on their own do nothing to the plaintiff states,” the panel wrote.

The members of the panel were Judge Leslie H. Southwick, who was appointed by President George W. Bush, and Judges James E. Graves Jr. and Gregg J. Costa, who were appointed by Mr. Obama.

Louisiana asked the full Fifth Circuit, which has a conservative reputation, to rehear the case. The court turned down the request, noting that no judge had requested a vote on the matter.

In urging the Supreme Court to step in, Louisiana’s emergency application said that “the estimates are a power grab designed to manipulate America’s entire federal regulatory apparatus through speculative costs and benefits so that the administration can impose its preferred policy outcomes on every sector of the American economy.”

The working group, the application said, was “an agency created out of whole cloth to issue what might be the most significant rule in American history.”

In response, Elizabeth B. Prelogar, the solicitor general, wrote that presidents “have for many years considered the social cost of greenhouse gases — that is, the net total of the costs and benefits attributable to the emission of gases such as carbon dioxide, methane and nitrous oxide into the atmosphere.”

She added that federal agencies were not required to use the monetary values assigned to particular greenhouse gases, though many chose to do so.

The lawsuit from Louisiana and the other states was premature, she wrote.

“If and when an agency relies on those estimates in issuing a rule or taking other reviewable action that injures the applicants,” Ms. Prelogar wrote, “they may challenge that particular final agency action and argue that its reliance on the estimates renders it unlawful.”