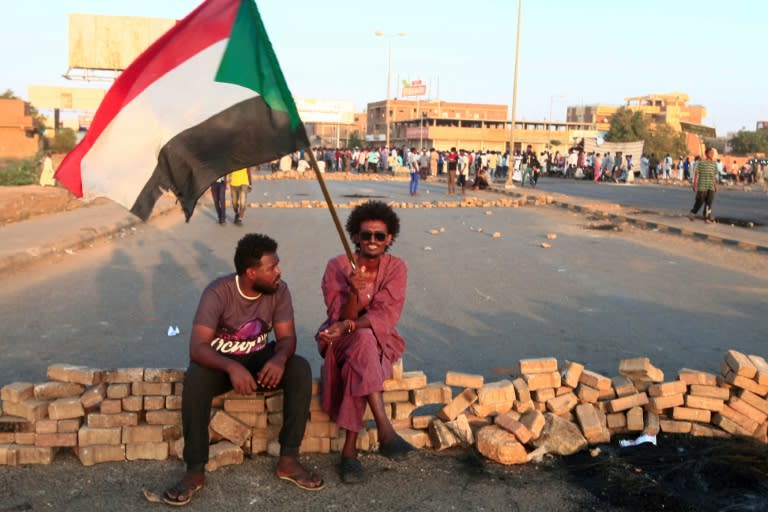 Sudan’s move to normalise relations with Israel has laid bare deep societal splits, with some bashing it as a betrayal and others viewing it as a way to save the sinking economy.

The move — announced by the White House Friday — came shortly after US President Donald Trump declared that Washington was formally moving to delist Sudan as a state sponsor of terrorism, a designation that strangled Khartoum’s economy for decades.

But the announcement revealed divisions between political forces in Sudan, a nation undergoing a rocky transition since the April 2019 ouster of strongman Omar al-Bashir following mass protests against his three-decade rule.

To some in Sudan, the move seemed to be a matter of economic pragmatism to end international isolation.

Others however saw it as a step too far, a “betrayal” of the Palestinian cause, and beyond the mandate of the transitional government which took power a few months after Bashir’s ouster.

Sudanese analyst Othman Mirghani said the priority for the government was saving the economy, as inflation has soared to over 200 percent.

“The government had expected that Sudan’s removal from the US terror list would be linked to normalisation with Israel,” said Mirghani, who is also the editor-in-chief of Al Tayyar daily.

“It insisted on the removal from the list, even if it is through Tel Aviv, because a deal would open a door for Sudan’s economy with the international community.”

A deal with Israel would make Sudan the third Arab country since August, after the United Arab Emirates and Bahrain, to forge peace with the Jewish nation.

Supporters, like Sudanese trader Mostafa Solieman, believe it would allow the “economy to flourish.”

But others have invoked Sudan’s long-standing anti-Israel stance.

Sudan has been part of a decades-old Arab boycott of Israel.

Following the 1967 Six-Day War, Arab leaders gathered in Khartoum to announce what became known as the “three nos”: no peace, no recognition, and no negotiations with Israel.

Mahdi, who leads the National Umma Party, refused on Saturday to take part in the transitional government’s conference on fighting Islamist fundamentalism in protest.

In a poll earlier this month by the Arab Center for Research and Policy Studies, only 13 percent of those questioned in Sudan supported relations with Israel — compared with 79 percent against.

Sudan’s top Islamic institution said it had issued a fatwa prohibiting the normalisation with Israel.

Eid Abdelmoneim, who manages a financial transactions company, said the removal from the US blacklist and normalisation with Israel should not have been linked.

“No authority has the right to strike such a deal with Israel without consulting with the people,” Abdelmoneim said.

“We don’t need Israel, our country is rich with its resources.”

Mohamed Haidar, of Sudan’s Socialist Baath Party, said the government — set up in a power-sharing deal between civilian and military leaders — does not have the power to strike a deal with Israel.

In August this year, Prime Minister Abdalla Hamdok was quoted as saying his government “does not have a mandate … to decide on normalisation with Israel.”

But Hamdok’s government has gone to great lengths to be removed from Washington’s blacklist, which dates to 1993. Bashir’s government hosted wanted militants, including former Al-Qaeda leader Osama bin Laden, in the 1990s.

It has agreed to pay hundreds of millions of dollars in compensation to American families of victims of past attacks dated to when Al-Qaeda had a base in Sudan.

Foreign minister-designate Omar Qamareddin said the deal would only come into force after the approval of a yet-to-be-formed legislature.

It was not immediately clear when a parliament would be created.

On Sunday, Sudan’s foreign ministry said in a statement there will be a joint meeting with Israel “in the coming weeks, to discuss and conclude cooperation agreements in the fields of agriculture, trade, economy, aviation, migration, and others issues”.

But analysts believe the normalisation would fuel anger against Sudan’s government.

“Normalisation will add new fuel to existing opposition to the transitional government from backers of the former government, who also see major overlap in interests with the country’s Islamist groups,” said Jonas Horner, from the International Crisis Group (ICG) think tank.

“Sudan’s prime minister will be at pains to seek consensus, and to avoid creating deeper divisions during this tenuous transitional period.”

At the same time, the government is facing increasing calls — including protests this week — for action to solve the economic crisis.

“The primary risk to stability in Sudan remains the economy,” Horner added.

“The success of the country’s fragile transition is intimately wrapped up in escaping the deepening economic abyss.”