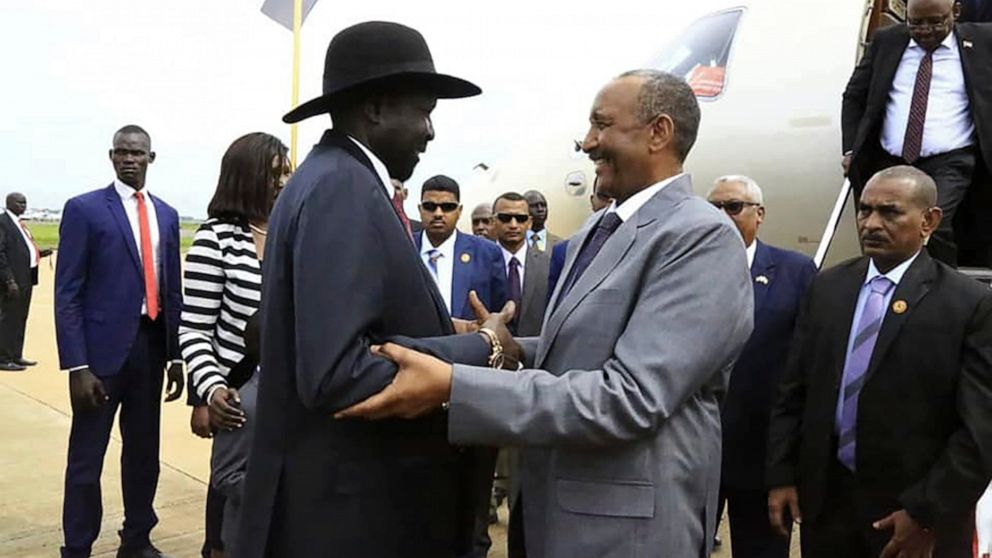 The deal was reached between the Sudanese government and the Sudan Revolutionary Front, a coalition of several armed groups. Leaders signed the agreement in South Sudan’s capital, Juba, where talks have been held since late last year.

Negotiating an end to the rebellions in Sudan’s far-flung provinces has been a crucial goal for the transitional government, which assumed power after a popular uprising led the military to overthrow President Omar al-Bashir in April 2019. Authorities hope to revive the country’s battered economy through slashing military spending, which takes up much of the national budget.

Sudan is currently ruled by a military-civilian government, with elections possible in late 2022. A cease-fire between government forces and the rebels has been in place since al-Bashir’s ouster.

“But it is also far from comprehensive and only represents a first step towards peace, while significant hurdles remain in the way of its implementation,” he added. “International financial and diplomatic support, or even pressure if needed, will be imperative to make sure the parties implement the agreement.”

Malik Agar, head of the Sudan People’s Liberation Movement-North, which is part of the rebel alliance, called for national commitment to the deal’s success as well as international support, particularly through financial contributions.

“What we have achieved, through arduous and long negotiations, will be fruitless if there are no guarantees for implementation,” he said.

The deal would grant self-rule for the southern provinces of Blue Nile, South Kordofan and West Kordofan, according to a draft obtained by The Associated Press. Rebel forces would be integrated into Sudan’s armed forces.

Hamdok, the prime minister, took to Twitter to hail the deal as a “start of the peace path. A peace that requires strong and firm will.”

South Sudan’s president described the agreement as a “milestone” in achieving peace in Sudan. Kiir vowed to “continue standing with the Sudanese to ensure the implementation of the peace agreement,” according to his advisor and mediator Tut Qalwak.

The Sudan Revolutionary Front, centered in the western Darfur region, South Kordofan and Blue Nile, is part of the pro-democracy movement that led to the uprising against al-Bashir, but the rebels didn’t fully support the military-civilian power-sharing deal. That deal includes a six-month deadline for achieving peace, which ran out in February.

Sudan’s largest single rebel group, the Sudan Liberation Movement-North led by Abdel-Aziz al-Hilu, was involved in the talks but has yet to reach a deal with the government.

Al-Hilu has called for a secular state with no role of religion in lawmaking, the disbanding of al-Bashir’s militias and the revamping of the country’s military.

The group has said if its demands are not met, it would call for self-determination in areas it controls in the Blue Nile and South Kordofan provinces.

Another major rebel group, the Sudan Liberation Movement-Army, which is led by Abdel-Wahid Nour, rejects the transitional government and has not taken part in the talks.

The agreement did not offer a “clear separation of state and religion” as demanded by al-Hilu’s movement and many Sudanese who denounce the weaponization of religion in Sudanese politics, said Suliman Baldo, senior advisor at The Sentry, a watchdog group.

“Peace will remain far from comprehensive until the reasons that motivated the boycott of non-signatories are satisfactorily addressed,” he said.