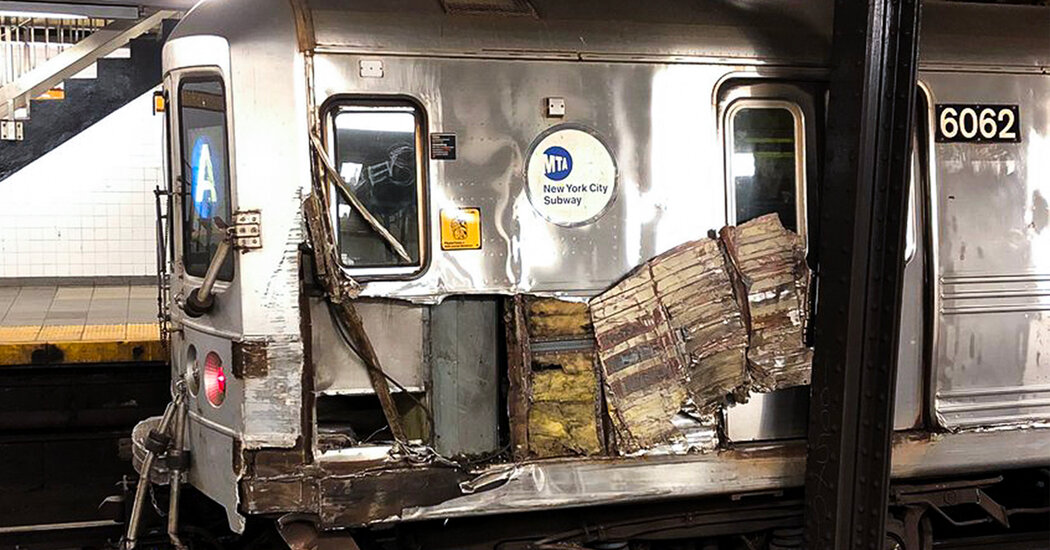 Three people sustained minor injuries Sunday morning after a northbound A train struck an object believed to have been thrown on the tracks and derailed, the authorities said.

One passenger was transported to a hospital and two others were evaluated and declined to be transported, the Fire Department said. Thirty passengers were evacuated.

Sarah E. Feinberg, the interim president of New York City Transit, said the train “came into contact with debris on the roadbed” around 8:15 a.m. as it was pulling into the 14th Street Station, causing a wheel to leave the track.

That caused a loss of power to all four tracks and a northbound A train near 34th Street remained in a tunnel, she said. Passengers aboard that train were safely removed.

The authorities suspect that someone threw an object onto the train’s track, causing the accident, a Police Department spokesman, Adam Navarro, said. The police have taken a 30-year-old man who is believed to be homeless and mentally ill into custody in connection with the derailment, officials said.

There are extensive delays in Manhattan, Ms. Feinberg said. Service on A trains is suspended in both directions south of 14th Street and there is no northbound service along Eighth Avenue from Canal Street to 59th Street-Columbus Circle.

There is limited service in uptown Manhattan and the Bronx. All northbound A, C, D, E and F trains are being rerouted.