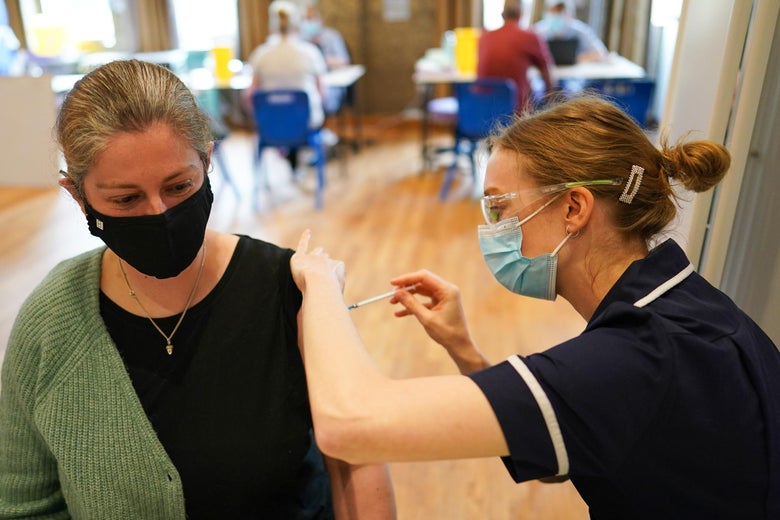 The two doses of the Pfizer-BioNTech and AstraZeneca COVID-19 vaccines are “highly effective” against the variants of the virus first detected in India and the United Kingdom, according to British health officials. Public Health England, an agency within the U.K.’s Health Department, said both vaccines were effective after carrying a study that ran form April 5 to May 16.

Although the numbers are clearly lower for the AstraZeneca vaccine, researchers suspect the numbers could increase over time. It had already been determined that it takes longer for the AstraZeneca shot to reach its maximum level of protection, meaning its effectiveness could increase once more time passes. And both shots are expected to have even higher protection against hospitalization and death, as is the case with all other variants.

Just one dose of either the Pfizer or the AstraZeneca vaccine was only 33 percent effective against symptomatic cases of the Indian variant compared to 50 percent effective for the British variant. “It is now clear how important the second dose is to secure the strongest possible protection against Covid-19 and its variants,” Health Secretary Matt Hancock said. There is particular urgency for people in the U.K. to get their second dose considering the India variant is expected to become the dominant COVID-19 strain in the country soon. The vaccination campaign has prevented 13,000 deaths and 39,100 hospitalizations in England through May 9, according to a Public Health England analysis.

The B.1.617 variant, which was first detected in India in October, has spread to around 50 countries and the World Health Organization has labeled it a “variant of global concern” because it appears to spread more easily.

Slate is covering the stories that matter to you. Become a Slate Plus member to support our work. Your first month is only $1.