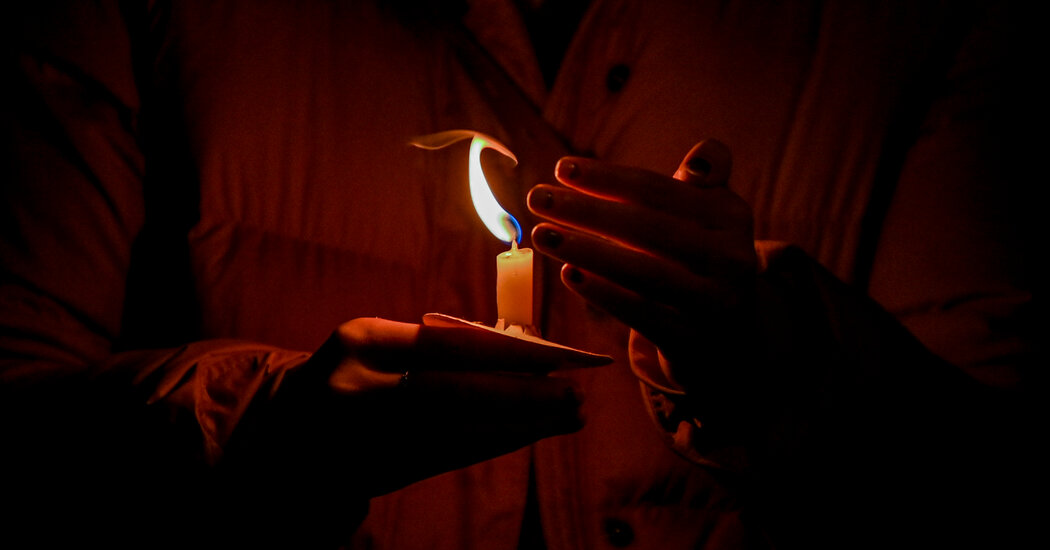 Advocates on both sides of the abortion debate anticipate that come July, the Supreme Court will have overturned Roe v. Wade and with it the constitutional right to abortion, handing anti-abortion activists a victory they have sought for five decades. But from Florida to Idaho, Republican-led state legislatures are not waiting: They are operating as if Roe has already been struck down, advancing new restrictions that aim to make abortion illegal in as many circumstances as possible.

Under Roe, states cannot prohibit abortion before a fetus is viable outside the womb — around 23 weeks into pregnancy. Bills moving through legislatures are outlawing abortion entirely, or after the earliest stages, at six, 12 or 15 weeks of gestation. On Thursday, Florida passed a 15-week ban even as opponents warned it was unconstitutional so long as Roe stood. In Oklahoma, a Senate committee approved a bill late last month that would prohibit abortion starting 30 days after the “probable” start of a woman’s last monthly period, before pregnancy tests are considered reliable.

Some states are trying to ban or set up additional hurdles for women seeking pills that induce abortion, which supporters of abortion rights had hoped would provide a safe and legal workaround in states where it was illegal or all but impossible to get the surgical procedure.

And several have advanced laws like the one the Supreme Court allowed to take effect in Texas, which puts enforcement in the hands of private citizens, allowing them to sue anyone — from an Uber driver to a doctor — who knowingly “aids or abets” a woman getting an abortion after the sixth week of pregnancy, and to receive $10,000, plus reimbursement of their legal fees, if they are successful. The Idaho Senate passed a bill on Thursday that would award a minimum of $20,000 to family members, including those the legislation identifies as “siblings of the preborn child,” who sue abortion providers.

The frenzy of activity in state legislative sessions over the past two months offers a glimpse of a post-Roe America, when the Supreme Court would return the question of abortion rights to the states. While some states closer to the coasts — California, Vermont, New Jersey among them — have moved to enshrine a right to abortion or expand the number of providers, far more states are trying to restrict them.

“All gloves are off, and everybody’s trying different things,” said Sue Liebel, the state policy director for the Susan B. Anthony List, which was founded in 1992 to help elect anti-abortion lawmakers. “It’s an epitome of the American spirit and American creativity, trying to get around unsettled law. I think we’ll see more of that. I think that’s what states are looking for.”

Opponents of abortion rights were encouraged enough by the arguments before the Supreme Court in December that the general counsel for Americans United for Life, which provides lawmakers a yearly playbook of model legislation, wrote in early January that “states in 2022 should not hesitate to pass the strongest abortion limits possible.” The Guttmacher Institute, which supports abortion rights, counts at least 531 anti-abortion restrictions introduced in 40 states this year; last year, states passed more than 100 laws restricting abortion, the most of any year since the court’s landmark Roe decision in 1973.

On the newest frontier are bills to restrict access to medication abortion, which Americans United for Life identified as first among the most “pressing priorities” for the 2022 state legislative sessions. In December, the Food and Drug Administration permanently lifted a restriction that had required the medication to be obtained in person, allowing it to be delivered by mail. Guttmacher reports that more than half of all recent abortions were done with medication. But many states have moved to ban the pills, or require them to be picked up in person on a second or third visit, after an ultrasound and a waiting period.

The case before the Supreme Court, Dobbs v. Jackson Women’s Health Organization, concerns a Mississippi law that bans abortion if the “probable gestational age of the unborn human” is more than 15 weeks. The state has asked the court not only to uphold that law but to overturn Roe v. Wade, which prohibits states from banning abortion before the fetus could survive outside the womb. The court’s 1992 decision in Casey v. Planned Parenthood affirmed Roe and said that state laws could not impose an “undue burden” on women seeking abortions before viability.

For nearly two decades after Casey, state legislators who opposed abortion moved to restrict it but avoided passing gestational age bans anywhere short of 23 weeks because they recognized that a majority of justices supported Roe and they worried that the court might even expand its protections for women seeking abortions. Now, given the anti-abortion leanings of three justices appointed by former President Donald J. Trump, and the questions the justices posed in December, advocates on both sides of the abortion debate believe the court will say that there is no constitutional right to abortion.

That would leave supporters of abortion rights with little if any legal recourse to fight the bans the legislatures are passing, unless Congress passed a bill establishing a right to abortion. On Monday, Republicans in the Senate declined to consider such a bill.

Still, anti-abortion legislators are taking a belt-and-suspenders approach, in the hopes that one or another of many laws they pass will effectively ban abortion as soon as the court rules.

Twelve states already have so-called trigger bans, which would outlaw abortion if the court overturned or struck the central ruling of Roe — a bill in South Carolina senate would add it to the list. But lawmakers in those states are also advancing additional bills to restrict abortion in case the court stops short of overturning Roe entirely.

Oklahoma, for example, already has a trigger ban if Roe is struck down. But the new proposal for a ban after 30 days would effectively rule out abortion, given that the state already requires women to wait 72 hours after consulting with a medical provider to get an abortion and the average menstrual cycle is 28 days.

The legislative committee that advanced that measure in February also approved three others: a Texas-style enforcement of a ban at six weeks that would take effect as soon as the governor signed it; an amendment to the state constitution explicitly saying it does not provide a right to abortion; and an expanded trigger law saying the state would ban abortion even if the Supreme Court overturns Roe only “in part.”

While Missouri and Tennessee have trigger bans, they also have so-called cascading bans that try to anticipate at what gestational age the court might allow them to ban abortion if it does not overturn Roe entirely; in Tennessee, an omnibus bill, passed during a special session in June 2020, blocks abortion at six, eight, 10, 12, 15, 18, 20 and 22 weeks after the start of a woman’s last monthly period.

“It’s like having a reserve price on eBay,” said Carrie Severino, the president of the Judicial Crisis Network, which opposes Roe. If the court says 15 weeks is an appropriate limit, but not six weeks, “then the states say, ‘Great, we have one of those.’”

Most bills have provisions to allow abortion to save the life of the mother. Even on that, however, states are tightening their laws. In Oklahoma, for instance, one proposal classifies abortion as homicide and clarifies that providers should not be allowed to terminate a woman’s pregnancy “based on a claim” that she intends to kill herself if she cannot get an abortion.

And even states with trigger bans are still passing laws to make it harder to get abortions if the court declines to overturn Roe. An omnibus bill heading toward passage in Kentucky would require abortion clinics to individually cremate the remains of each fetus, which costs thousands of dollars. Planned Parenthood, which runs one of two remaining abortion clinics in the state, has said that the expense will force it to stop providing the procedure.

The Supreme Court could strike a compromise, upholding Mississippi’s 15-week limit but stopping short of overturning Roe. Advocates on either side consider that unlikely; with dozens of state bans working their way through federal courts, the justices would all but certainly face new cases asking what earlier time limits were allowed.

“We’d just get dragged into another cycle of unending abortion litigation,” said Ms. Severino, of the Judicial Crisis Network. Supporters of abortion rights, too, told the justices during oral arguments that upholding the Mississippi law equat to overturning Roe, with what the justices in the Casey decision called its “essential holding” about viability.

And even if the court attempts some intermediate path, many trigger bans leave it to the governor or the state attorney general to determine whether Roe had been repealed “in whole or in part.”

Polls show that about two-thirds of Americans do not think Roe v. Wade should be overturned. A Gallup poll in January found that two-thirds of Americans were dissatisfied with abortion laws, and that most of those people said it was because the laws were too strict. It was a reversal from the previous two decades, when those who were dissatisfied said it was because the laws were not strict enough.

Abortion rights supporters say public opinion might give pause to some lawmakers who have supported abortion restrictions in the past, now that stricter laws seem likely to take effect rather than be stymied by courts. Legislatures in at least four states have rejected a six-week ban with Texas-style enforcement; lawmakers in two of those states, South Dakota and Arkansas, argued to wait and see what happened with the court; Florida legislators pursued the 15-week ban instead, casting it as a compromise, and Arizona is expected to follow suit.