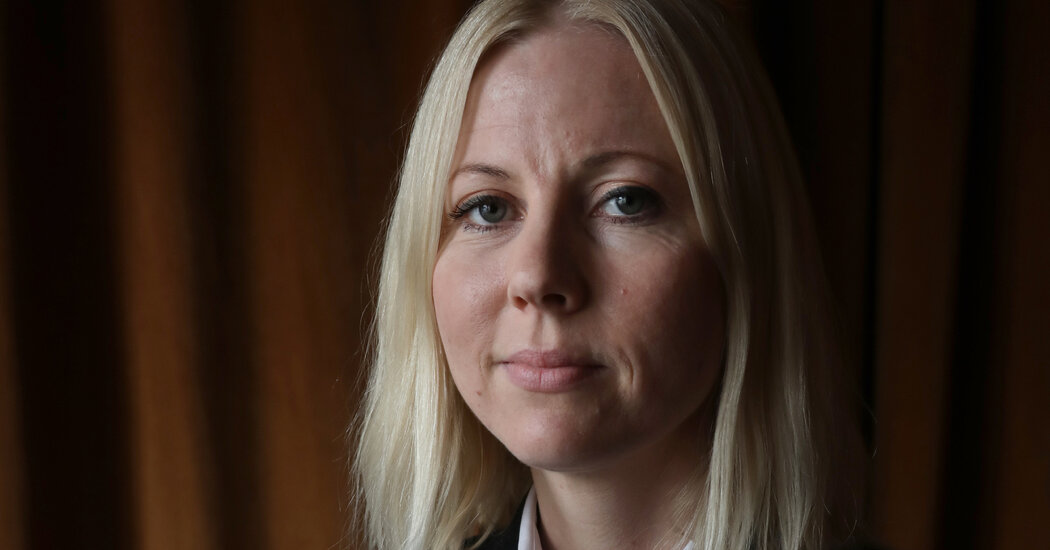 WASHINGTON — The State Department reversed plans to include a Finnish journalist last year among its recipients for its annual courageous women awards after officials discovered she was critical of President Trump on social media, an internal review concluded on Friday.

The report by the department’s Office of Inspector General noted a “broad discretion to select awardees” for its annual International Women of Courage prize, and said State Department officials were authorized to revoke their decision to honor the journalist, Jessikka Aro.

But it also found that department officials “inaccurately asserted” that Ms. Aro’s posts on Twitter and Facebook — including those that highlighted Mr. Trump’s broadsides against press freedoms — were not the reason the award was rescinded.

Documents and interviews cited by the review showed that department officials deliberately misled journalists, congressional staff and the public in explaining why Ms. Aro was denied the award after being told she had won it.

Officials from at least three State Department offices told inspectors that “had Ms. Aro’s social media content not come to light, she would have received the award,” the review said.

A State Department spokeswoman declined to comment on Friday.

The annual awards were created in 2007, during the George W. Bush administration, and are usually distributed at a ceremony in Washington around International Women’s Day in early March. They recognize women who have taken exceptional risk or challenged discriminatory practices to further peace, justice, human rights and gender equality.

Ms. Aro, who had fled Finland after receiving death threats over her reporting to expose Russian disinformation campaigns, was nominated for the award by the American Embassy in Helsinki. She was among 55 nominees from across the world in what the inspector general’s review described as a disjointed selection process.

In late January, the embassy informed Ms. Aro that she was among 10 women who would receive the prize, which includes a financial grant and some travel expenses.

But in early February, interns in the State Department’s Office of Global Women’s Issues were assigned to review Ms. Aro’s social media accounts, and they found dozens of Twitter and Facebook posts that were “considered controversial, some of which were critical of the current president,” the review noted.

In one tweet, for example, Ms. Aro wrote that “Trump constantly labels journalists as ‘enemy’ and ‘fake news.’” She then pointed to an article about one of the president’s political supporters, who threatened to shoot reporters for The Boston Globe in the head for being what he described as “enemies of the people” and “fake news.”

In another tweet, she appeared to encourage protests in Helsinki, the Finnish capital, against Mr. Trump and President Vladimir V. Putin of Russia.

By mid-February, and after a robust debate among political appointees and career diplomats from the embassy in Helsinki and several offices at headquarters, officials decided to rescind Ms. Aro’s award.

A memo from the Office of Global Women’s Issues concluded that Ms. Aro was not “‘fully vetted’ and had a ‘history of inflammatory tweets, targeting U.S. leadership and the administration in a specific way,’” the inspector general’s review said. Officials repeatedly voiced concern that Ms. Aro’s social media posts would prove embarrassing for Secretary of State Mike Pompeo and Melania Trump, the first lady, who were to present the awards.

But officials publicly denied that Ms. Aro’s posts were the reason she would not be honored. The inspector general’s review described statements to the news media that disputed Ms. Aro’s selection, and called it a “regrettable error” that she had been told she would receive the award.

The case attracted the attention of Democrats on the Senate Foreign Relations Committee, which also demanded answers. In response, the Office of Global Women’s Issues described Ms. Aro as a blogger whose work “was not sufficiently aligned with the broader goals of the award,” the review found.

That office said Ms. Aro’s tweets were “not really” part of the decision to rescind the honor, according to notes from a March 21, 2019, briefing to Senate aides that were obtained by investigators.

“The department’s statements during this briefing do not align with the internal discussions that occurred at the time the decision was made to rescind Ms. Aro’s selection,” the inspector general’s review found.

In a statement on Friday, Senator Bob Menendez of New Jersey, the top Democrat on the Foreign Relations Committee, accused the State Department of a cover-up.

“Secretary Pompeo should have honored a courageous journalist willing to stand up to Kremlin propaganda,” Mr. Menendez said. “Instead, his department sought to stifle dissent to avoid upsetting a president who, day after day, tries to take pages out of Putin’s playbook.”

Kelley E. Currie, the ambassador who currently runs the department’s Global Women’s Issues office, said in a Sept. 10 letter to inspectors that the process last year was overseen by an acting director who had not been confirmed by the Senate.

Ms. Currie said in the letter that since her appointment in December, she had sought to revamp the selection to protect the integrity of the award, “but also the department’s commitment to the sacred trust placed in the institution by the American people.”

On Friday, Ms. Aro retweeted news reports of the inspector general’s review. On her profile, Ms. Aro noted that the Trump administration rescinded its honor, “but I have other awards.”