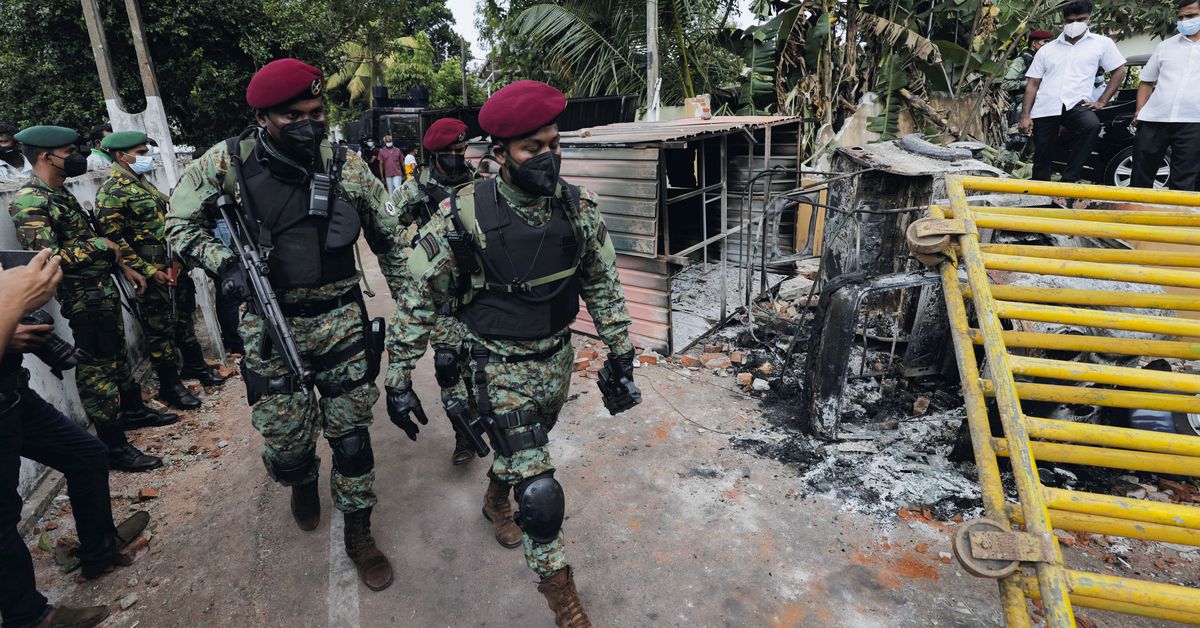 Rajapaksa said in a government gazette notification that he took decision in the interests of public security, the protection of public order and the maintenance of supplies and essential services.

Hundreds of protesters clashed with police and military on Thursday outside Rajapaksa’s residence in a suburb of the capital, Colombo.

Police arrested 53 people and imposed a curfew in and around Colombo on Friday to contain sporadic protests that have broken out over shortages of essential items, including fuel and other goods.

The Indian Ocean island nation of 22 million people faces rolling blackouts for up to 13 hours a day as the government scrambles to secure foreign exchange to pay for fuel imports. read more

The country’s lucrative tourism industry and foreign workers’ remittances have been sapped by the pandemic, and public finances were hit further by deep tax cuts promised by Rajapaksa during his 2019 election campaign.

Ordinary Sri Lankans are also dealing with shortages and soaring inflation, after the country steeply devalued its currency last month ahead of talks with the International Monetary Fund for a loan programme.

An alliance of 11 political parties has urged Rajapaksa to dissolve the cabinet and form a government with all parties to deal with the crisis, local media said, in a nation where both India and China are competing to build influence.

Police used tear gas and water cannons to disperse crowds near Rajapaksa’s residence on Thursday, after they torched several police and army vehicles.

At least two dozen police personnel were injured in the clashes, an official said, declining to comment on the number of protesters hurt.

Tourism minister Prasanna Ranatunge warned such protests would harm economic prospects. “The main issue Sri Lanka is facing is a forex shortage, and protests of this nature will hurt tourism and have economic consequences,” Ranatunge said.

The United Nations representative in the country, Hanaa Singer-Hamdy, called for restraint from all groups involved in the clashes. “We are monitoring developments and are concerned by reports of violence,” she said on Twitter.

Trading on the country’s stock market was suspended for a third consecutive day on Friday after the main blue-chip index fell 10%.