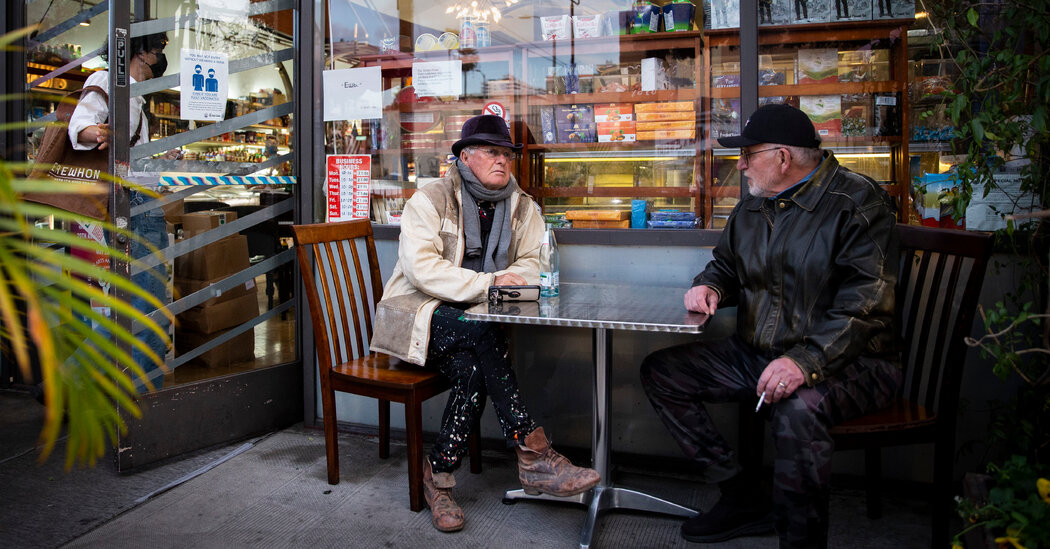 “People are going to start hating Russians,” she said from behind the counter of her boutique in West Hollywood, along a stretch lined with grocery stores, pharmacies and other businesses bearing Cyrillic signs.

Down the street at Spaulding Pharmacy, Alexander Konopov, the owner from Ukraine, and Ina Siretsky, a clerk from Moldova, prepared prescriptions for a clientele that Mr. Konopov described as 80 percent Russian, even though they hail from many countries.

“We have never paid attention to where exactly people came from in former Soviet Union,” said Mr. Konopov, who arrived in 1989. “Most people were running from the regime.

“Americans consider us all Russian: Jewish, Georgian, Ukrainian,” he said.

Leaving the former Soviet Union was almost an impossibility until the ’70s, when relations between the two superpowers began to thaw, and Soviet authorities started issuing some exit visas to Jews, dissidents and writers. Soviet scientists and artists, including dancer Mikhail Baryshnikov, defected while visiting the United States to participate in events. Before it collapsed, the Soviet Union threw open its gates, enabling hundreds of thousands of people to emigrate in ensuing years. A law passed by Congress brought tens of thousands of mostly Jews and other religious minorities to the United States as refugees.

West Hollywood became something of a port of entry for Soviet émigrés, who quickly transformed the east end of the liberal, gay area. Soon, babushkas, the Russian word for grannies, were trudging down the streets, their bags stuffed with spicy sausages and cans of caviar from ethnic groceries that opened. New restaurants served borscht and other Russian staples.