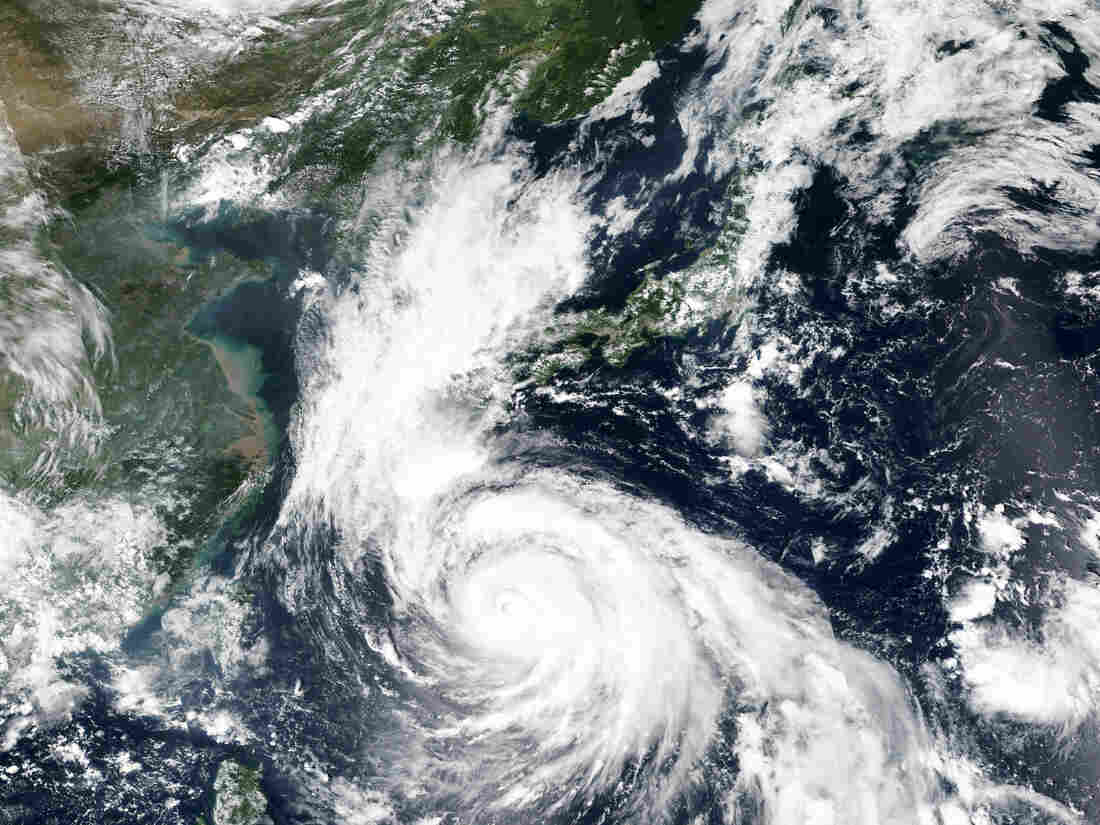 Typhoon Haishen is poised to make landfall in southwestern Japan Sunday, bringing with it heavy rains and lashing winds. Forecasters predict it will then head toward the Korean peninsula. AP hide caption 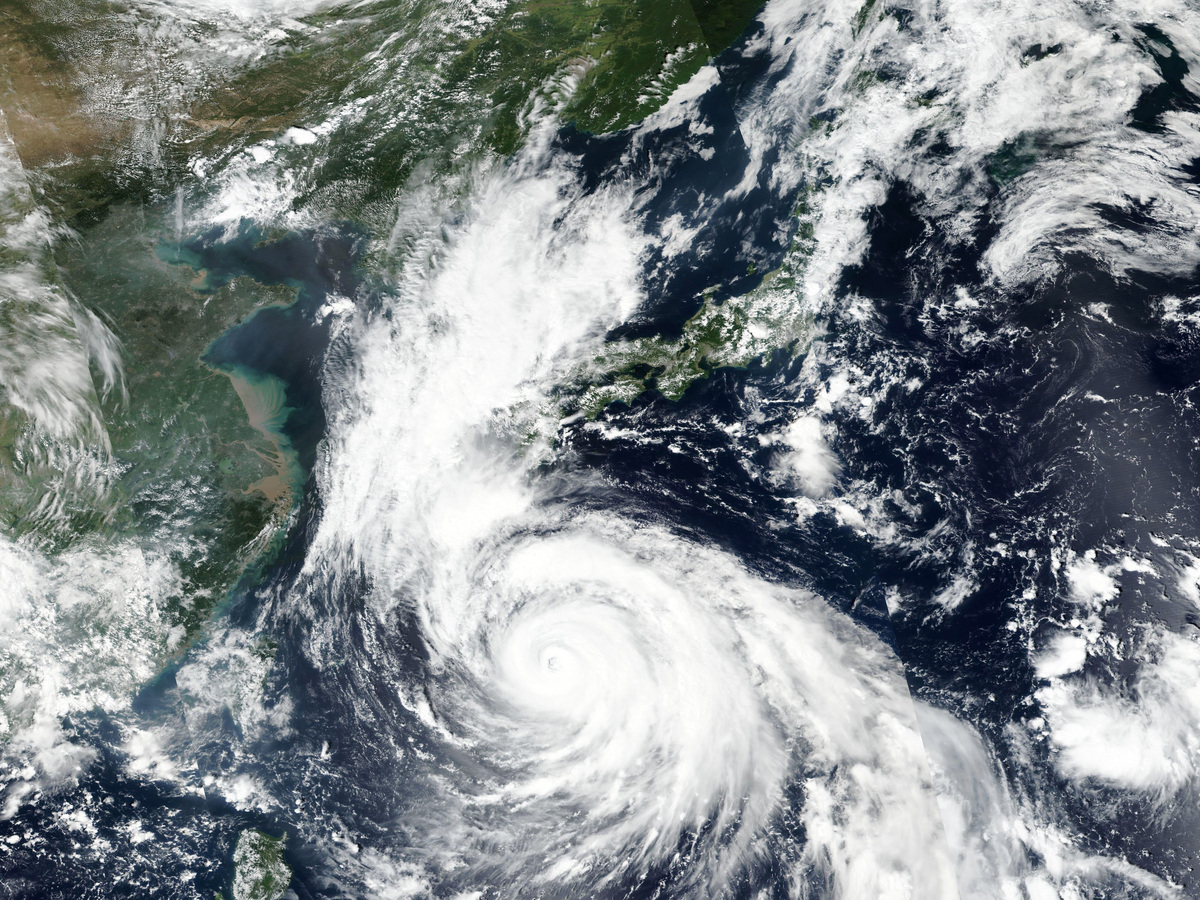 Typhoon Haishen is poised to make landfall in southwestern Japan Sunday, bringing with it heavy rains and lashing winds. Forecasters predict it will then head toward the Korean peninsula.

A powerful typhoon is making its way toward southwestern Japan, forcing authorities to urge caution and prepare for powerful winds and heavy rainfall.

The storm is predicted to hit Okinawa Sunday, before moving onto the central island of Kyushu. Japanese meteorologists predict the winds, heavy rains and high tide will begin lashing the islands ahead of Haishen’s arrival.

The Japan Times reports Okinawa is expected to be hit by winds strong enough to topple homes. The AP reports that the storm is predicted to drop 4 to 8 inches of rain across southwestern Japan and is expected to make landfall with the equivalent conditions to a Category 3 or Category 4 hurricane.

Officials with Japan’s Meteorological Agency warn that rivers and levees may overflow due to heavy rainfall.

Japanese broadcaster NHK reports that an emergency warning is expected for Sunday and that residents are being urged to remain alert and prepare to evacuate early in line with advisories and local government orders.

NHK reports that several railway companies and airlines were canceling services in areas expected to be hit by the storm. The cancellations are expected to go through Monday.

The storm is then poised to move onto the Korean peninsula on Monday.

Earlier predictions, according to The Washington Post, showed that Haishen is likely to hit the same areas as Typhoon Maysak, which struck South Korea early Thursday. If Haishen continues on its course it would be the second typhoon to make landfall in the region in one week. Though South Korea’s Yonhap News Agency reports on that Typhoon Haishen may not make landfall in the country.

Yonhap adds that meteorologists say Haishen’s trajectory and strength could change as it heads through Japan.