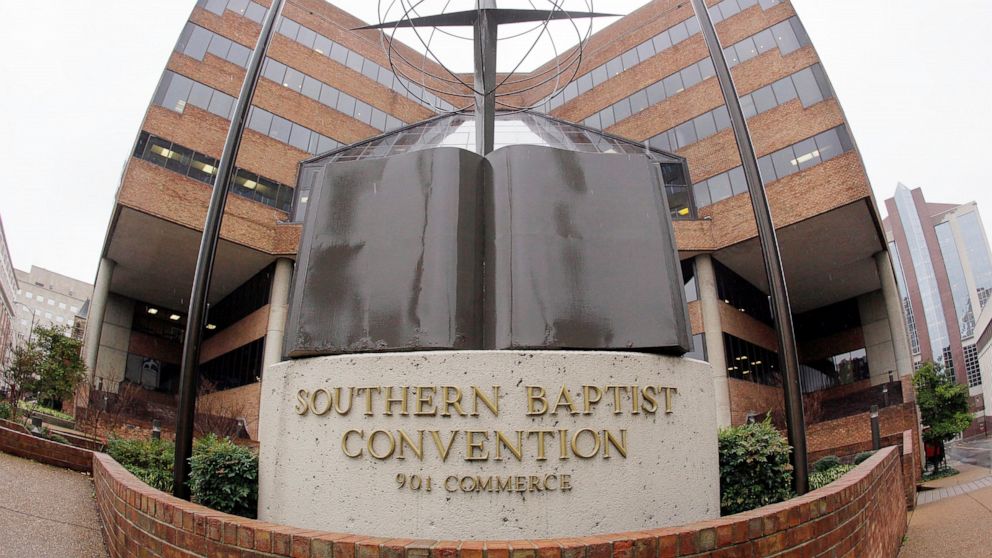 The Southern Baptist Convention’s Executive Committee has offered a public apology and a confidential monetary settlement to sexual abuse survivor Jennifer Lyell, who was mischaracterized by the denomination’s in-house news service when she decided to go public with her story in March 2019.

The committee, which acts on behalf of the SBC between its annual national meetings, announced the resolution during their Tuesday meeting in Nashville, the latest chapter in a saga that has raised questions about the handling of sexual abuse in the nation’s largest Protestant denomination. In addition to a public apology, Lyell also received a financial settlement of an undisclosed amount, according to Gene R. Besen, the committee’s interim legal counsel.

Lyell publicly disclosed she was a sexual abuse survivor after learning the man she accused of abuse, a former Southern Baptist seminary professor, had recently returned to ministry. She said she came forward with her story to prevent the man from engaging in further abusive acts.

However, Baptist Press, which is owned by the Executive Committee, incorrectly reported that Lyell had admitted to being involved in a “morally inappropriate relationship” with her former professor.

In a statement posted on social media in October 2019, Lyell talked about the harassment she experienced on social media after that Baptist Press report. She was subjected to vile comments, depicted by many as morally corrupt, and lost her job as vice president at Lifeway Christian Resources.

“I have felt as though I’m living in an Alfred Hitchcock movie because it is so unfathomable to understand how I could be spending hours upon hours dealing with this on my own in light of all the documentation, clarity, and corroboration I have from Southern Baptist leaders,” she said. “I have grieved and questioned how I could have been so naïve to trust again and paralyzed with fear to speak because I cannot tolerate any more pain.”

Baptist Press eventually apologized for the article, but Lyell said she had already been devastated by the repercussions of its inaccurate reporting.

The Executive Committee on Tuesday released a public apology to Lyell issued by its chairman, Rolland Slade, acknowledging the committee’s “failure to adequately listen, protect and care for” Lyell when she came forward with her story. Slade’s statement also acknowledged Baptist Press’ inaccurate reporting and the committee’s failure to clarify that her allegations of “nonconsensual sexual abuse were investigated and unequivocally corroborated by the SBC entities with authority over (Lyell) and her abuser.”

“The SBC Executive Committee apologizes for all the hurt it has caused, is grateful for (Lyell’s) perseverance and engagement, and prays for her complete healing from the trauma she has endured,” the apology said.

Lyell issued a statement on social media Tuesday, saying that while she is grateful to the Executive Committee’s officers and trustees for issuing the public apology, she acknowledges the pain of other sexual abuse survivors who are still awaiting such closure and resolution.

“Although this by no means restores what I’ve lost, I am grateful because it is the only action I could imagine that may at least make the ongoing damage stop,” she said. “My focus will now return to my health and trying to build a future.”

Earlier on Tuesday, SBC President Ed Litton, said the third-party investigation into the Executive Committee’s handling of sexual abuse allegations is “progressing.” Litton said he expects a report from investigative firm Guidepost Solutions about two or three weeks before the annual convention to be held in Anaheim, California, June 12-15.

Hannah-Kate Williams, a survivor of sexual abuse who has sued the Executive Committee alleging a cover-up of her abuse claims, asked Litton what the committee was doing about ongoing complaints of abuse.

Williams and a group of survivors and advocates held a protest outside the Southern Baptist Convention headquarters in Nashville on Monday to speak up against the SBC’s alleged mishandling of sexual abuse and the sometimes unsympathetic treatment of survivors.

Litton assured her the report, which will be released in June, will have recommendations from a sexual abuse task force that was established last year to oversee the investigation.

“One thing they will look at is how any decisions will fit into our polity and how we function,” he said, adding that the time frame of the investigation is from Jan. 1, 2000 to June 14, 2021, when the SBC annual meeting was held in Nashville.

“This is serious,” Litton said of the investigation. “People’s lives have been damaged, hurt and ruined. We all need to remain sober, yet determined, about this.”

Litton also addressed the sexual abuse issue during his speech to the committee Monday night calling on members to persevere with humility to remove what he called “a stain.” Several survivors were in the audience while he spoke.

“We know enough that we can acknowledge there has been a culture among us where predators found safer places to hide than the vulnerable found safer places to rest,” he said. “That is a stain. And it can’t be solved in one meeting or by one vote. It requires intentionality over the long haul.” ——— Associated Press religion coverage receives support through the AP’s collaboration with The Conversation US, with funding from Lilly Endowment Inc. The AP is solely responsible for this content.