South Dakota AG had 2 close calls with police before crash 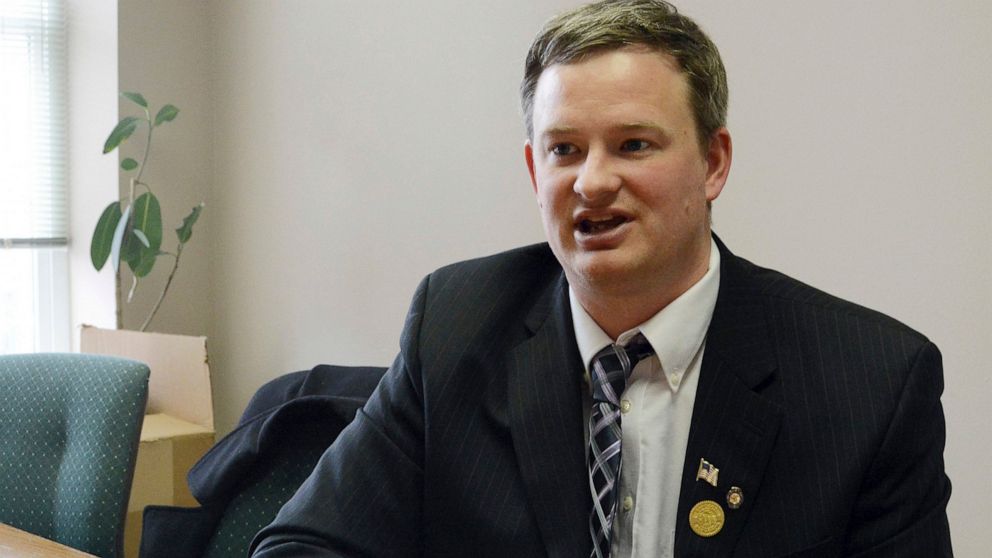 SIOUX FALLS, S.D. — South Dakota Attorney General Jason Ravnsborg’s errant driving in 2020 twice caused police officers to hit their brakes to avoid collisions, records released by the state’s Highway Patrol showed Monday, but he just received warnings until he struck and killed a pedestrian on the shoulder of a highway.

The Highway Patrol’s scrutiny of the attorney general’s driving record is coming to light ahead of the state House meeting next week. Lawmakers will consider a majority report from a Republican-controlled impeachment investigation committee that recommended he not be impeached. However, Gov. Kristi Noem is pushing for Ravnsborg’s ouster, and the Highway Patrol is offering a public briefing for lawmakers on Wednesday.

The Highway Patrol records showed that a week before the Republican attorney general hit a man, Joseph Boever, walking on the shoulder of state Highway 14, he had been pulled over on the same highway for illegally pulling in front of a police car at an intersection in the city of Huron, roughly 70 miles from where the fatal accident happened. Ravnsborg displayed his badge identifying himself as the state’s top law enforcement officer and later told Huron police Officer Tanner Dornacher that he thought the intersection had a four-way stop sign.

Dornacher gave Ravnsborg a verbal warning. But he also noted in a written account roughly seven weeks later that Ravnsborg seemed unsure about the highway’s driving lanes, stopping his vehicle in a “weird” spot inside one of the lanes. Before driving away, Ravnsborg asked Dornacher if the highway had two lanes and whether he could drive in either of them. Dornacher told him he could.

As the attorney general has recounted the fatal crash to the public and criminal investigators, he has been unable to explain how his car came to hit Boever on the shoulder of Highway 14, in a spot where the highway narrows to a single driving lane in either direction.

Ravnsborg last year pleaded no contest to a pair of misdemeanors in the crash, including making an illegal lane change. He has cast the crash as a tragic accident, insisting he did not realize he hit a man until he returned to the scene the next day and found his body. A spokesman for Ravnsborg did not immediately respond to a request for comment on his driving record.

Ravnsborg had also been issued a warning for making an improper lane change less than two months before the crash. Highway Patrol Trooper Nathan Moore wrote in an account of a July traffic stop that Ravnsborg drove out of his lane on a road in Sioux Falls, nearly causing a collision.

“I had to hit my brakes and swerve to avoid being struck by the SUV,” Moore stated in his account.

Ravnsborg racked up eight traffic stops, mostly for speeding, between taking office in 2019 and the crash, but had only been issued warnings. In five of those stops, Ravnsborg either identified himself as the attorney general or displayed his badge, the Highway Patrol found.

Those traffic stops came on top of a long history of driving violations. Ravnsborg had been pulled over more than 25 times, crash investigators found. However, he was in no danger of having his license suspended in South Dakota, where accumulated speeding tickets do not count against a driver’s record.

The attorney general’s driving record may also not matter much to lawmakers deciding whether to impeach him. The South Dakota House tasked the impeachment investigation committee with looking at Ravnsborg’s conduct specifically “surrounding” Boever’s death. Republicans on the committee last week all voted for a majority report that argued his actions in the crash did not rise to the level of impeachment because they were not done as part of his official duty as attorney general.