Sorting Through the Destruction From Several Wildfires, Texans Brace for More 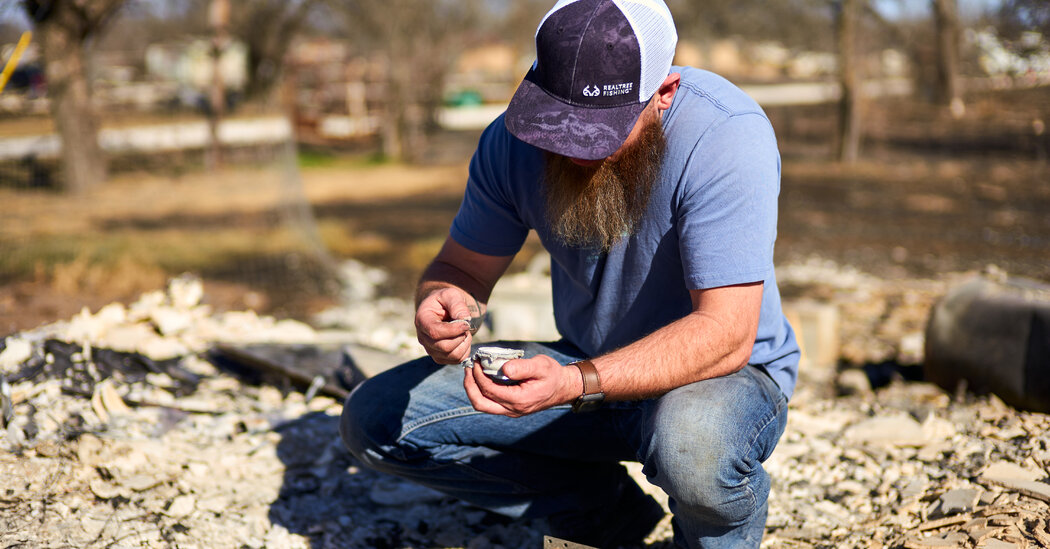 One of the people who responded, Barbara Fenley, a deputy with the Eastland County Sheriff’s Office, died on Friday while trying to save victims from the fires, the authorities said.

Carbon, just south of Eastland, Texas, is believed to draw its name in part from the oil discoveries of the early 20th century that turned communities like nearby Ranger into fabled boom towns. The rural community is home to farmers, cattle entrepreneurs, small business owners and commuters to jobs in bigger towns.

On Saturday, Carbon residents were left without water or power. Many people whose homes burned down were staying with friends or in shelters. Individuals, churches and businesses were dropping off donations of goods and money.

Mr. Hull, 47, the mayor, who works as a metal worker in Eastland and is a music minister of the Carbon Community Baptist Church, did not lose his home. But the fire burned others nearby, and the streets of Carbon and surrounding landscape offered abundant evidence of the disaster.

Michael Williams, an auto technician who works in Breckenridge more than 30 miles away, said he raced back to Carbon after his father called him at about 5 p.m. on Thursday to tell him that his town was under an evacuation order, with a torrent of flames bearing down.

Mr. Williams, a member of the Carbon city council, arrived home to find that his family had been evacuated, but conditions were so severe because of the approaching flames that he was unable to go into the house to save anything other than his two dogs, Pepper and Wrangler. Although he had been driving in daylight, the smoke was so dense when he reached home that “you couldn’t see the road in front of you,” Mr. Williams recalled. “It was like somebody turned out the lights.”