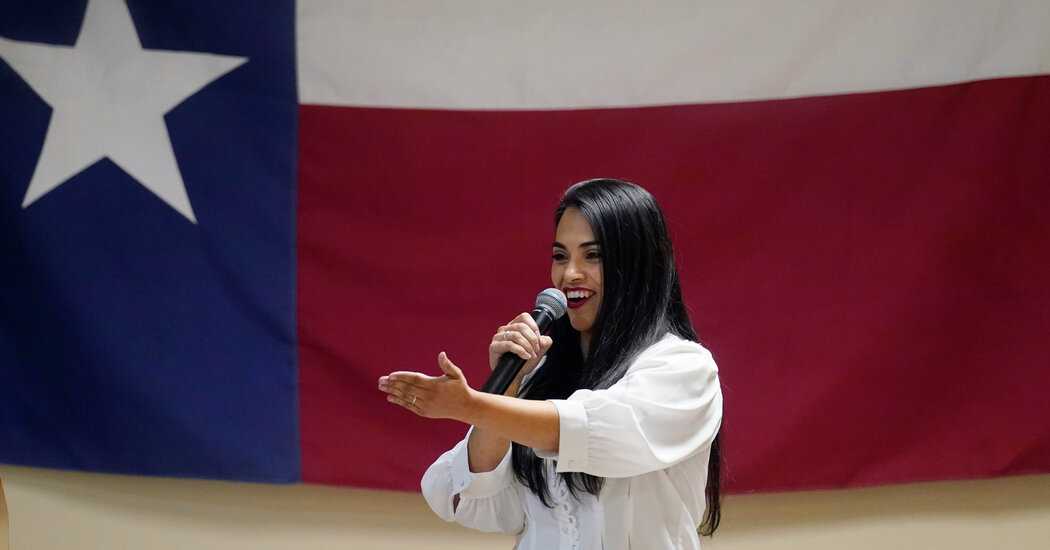 The gulf between the undocumented Central American migrants crossing the border and the Latino residents of the Valley is deep and wide.

Many residents are Mexican Americans who have lived in the region for four or five generations, or proudly proclaim their parents and grandparents came to the United States legally. They know both Border Patrol agents and undocumented Mexican immigrants who have lived and worked in border cities for years. Those who are Republicans say they do not see their views on immigration as hypocritical or anti-Hispanic. Instead, they see themselves as a bulwark for law and order. A few thousand Border Patrol agents live and work in the region, many of them Hispanic, adding to a pro-law enforcement ethos that shows up in churches, schools and local politics.

“We’re in a war — a war of ideas,” said Jessica Martinez, 33, a Brownsville stay-at-home mother who said she had never voted until she cast a ballot for Mr. Trump in 2020, after she grew frustrated with the relentless outrage against him from liberals. “That’s how we as Christians see it. We feel under attack.”

In Harlingen, Mr. Cabrera turned the entrance of the church into a retail space. He displays and sells T-shirts reading Make America Godly Again and Make America Repent. For years, he said, he avoided speaking about politics from the pulpit. But in the last year he has hosted several Republican leaders at the church, including Mr. Abbott.

“I want to bring God back into politics,” Mr. Cabrera said. “And so that’s what I’m doing.”

‘I worry about our values’

Joe Cadriel, a 57-year-old veteran of the gulf war’s Desert Storm and a retired social worker, has rarely placed campaign advertisements on his front lawn. But he made an exception for Ms. Flores, the Brownsville Republican running for Congress.

Mr. Cadriel and his wife, Diana, a retired educator, both voted for Hillary Clinton in 2016, and then cast their ballots for Mr. Trump four years later, convinced that he would best protect the southern border, a mere 10 miles from their Weslaco home.

The couple grew up in the Rio Grande Valley as children of conservative Democrats, and they harbored a proud independent streak. Mr. Cadriel has been infuriated by illegal immigration for as long as he can remember — he said he once left a job because he felt too angry seeing food stamps and other benefits going to children of unauthorized immigrants.