Some of the immigrants Trump naturalized on Tuesday didn’t know they were being broadcast. 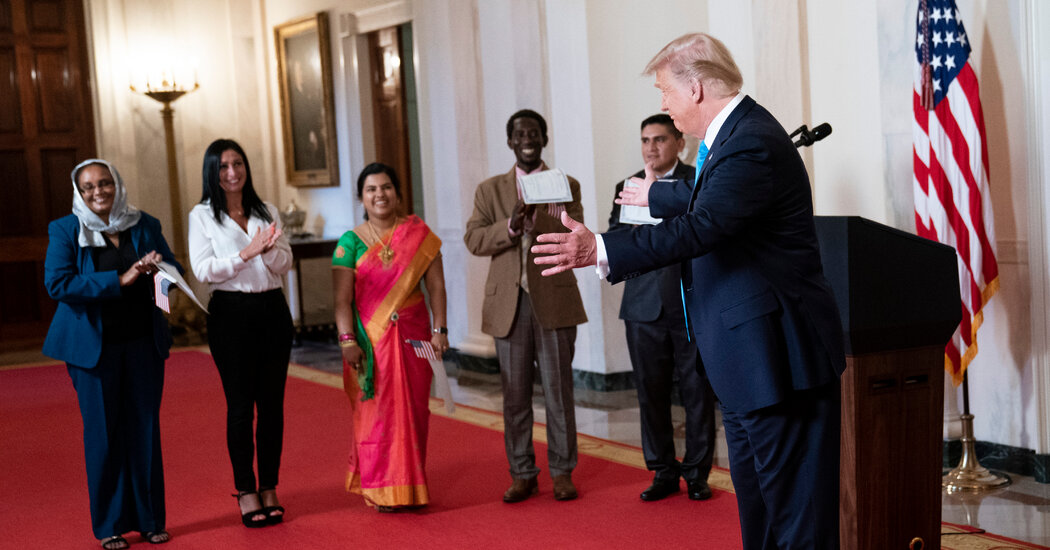 In one of the most striking moments of the second night of the Republican convention on Tuesday — both for its content and for its blatant disregard for the traditional separation between governing and politicking — President Trump held a naturalization ceremony for five immigrants.

It was an effort by Mr. Trump’s campaign to cast him as pro-immigrant after three and a half years of anti-immigrant policies. But at least two of the five new citizens were not told the ceremony was being broadcast at the convention.

The decision by Mr. Trump’s campaign to feature the ceremony angered some senior officials with U.S. Citizenship and Immigration Services. Some asylum officers confronted senior agency officials during a virtual town hall on Wednesday about whether Chad F. Wolf, the acting secretary of the Department of Homeland Security, had violated rules prohibiting political activity by presiding over the ceremony.

“It’s one of the things that shouldn’t be politicized, and you can hardly get more political than your partisan political convention,” said Barbara Strack, a former chief of the refugee affairs division at Citizenship and Immigration Services during the Bush and Obama administrations.