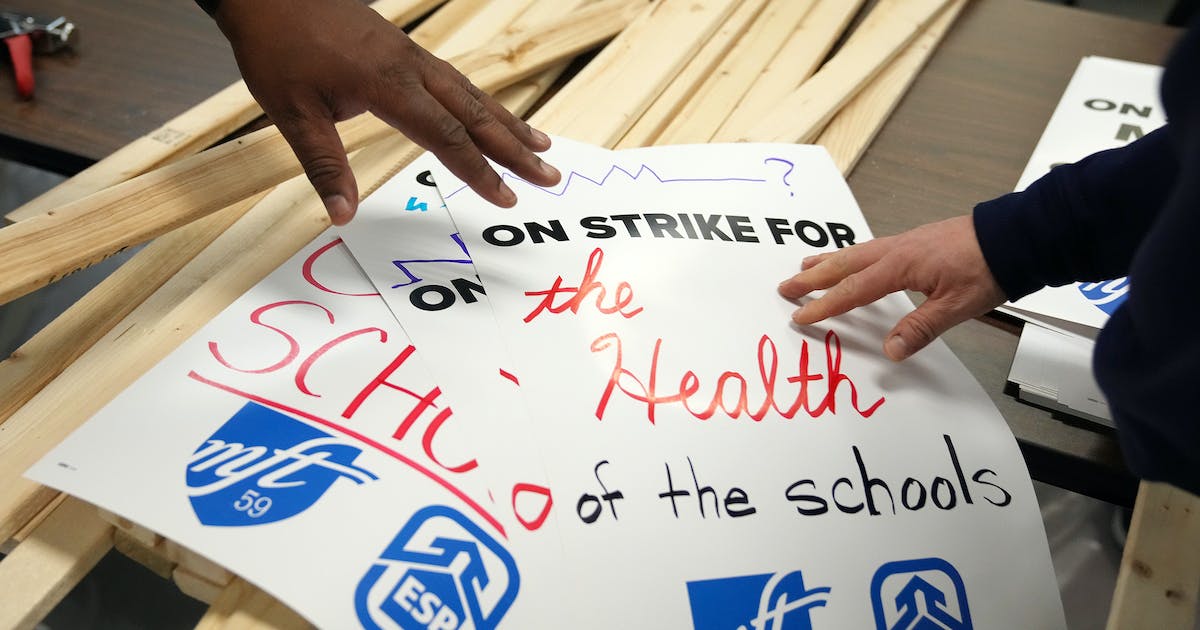 A group of Minneapolis Public Schools educators says the teachers union sidelined concerns of employees of color and accused them of sabotaging negotiations when they spoke up during the weeks-long teachers strike.

The school district and union announced early Friday that they had reached a tentative agreement that included, among other things, protections for educators of color — though full details have not been released.

In interviews with the Star Tribune, a group of educators largely based at Patrick Henry High School said that although they supported other negotiation priorities — including better pay for education support professionals — their experiences in recent weeks have left them bruised, disenchanted and uncertain whether the district or the union has a place for them.

“As educators of color, you feel like you’re stuck between these two institutions — neither of which represent you,” said Alex Leonard, a counselor at Patrick Henry who’s been with the district for about 12 years. “And in the process, you end up feeling invisible.”

Other teachers of color disagreed, saying they’ve felt supported by the union.

“There are a few loud Black voices that people are thinking represent the Black voice, and that’s not the truth,” said Tiffany Doherty, a teacher at Anwatin Middle School. “There is a division, but it’s twisted to say this is the narrative for all Black educators. There’s a faction of our union who feels this way.”

At a Friday afternoon news conference, Shaun Laden, president of the education support professional chapter of the Minneapolis Federation of Teachers, said the contract includes “a nation-leading model that exempts teachers of color from seniority-based layoff and excessing.”

“That’s an important win,” Laden said. “It means that we have better protections for educators of color — teachers of color in particular — and it also means that moving forward we’ve got a system that we can model across the country, here in the state of Minnesota and in other school districts.”

In an interview, Greta Callahan, president of the union’s teacher chapter, said, “We now have a legal document holding both the district and the union accountable to protect and support educators of color.”

“We are having the wrong conversation and this is a tactic to divide a union,” she said. “What is so critically important here is a conversation about how we can actually recruit and keep our educators of color.”

At a morning news conference, Superintendent Ed Graff said recruiting and retaining educators of color was “one of the most significant priorities we talked about all through the negotiations process.”

“Certainly we need our students to feel representation in our educators,” he said.

While students of color made up more than 60% of the district’s population during the 2020-21 school year, educators of color comprised less than 30% of its ranks.

In December, months before teachers voted to strike, the union and district prioritized recruitment and retention of educators of color in a temporary agreement. A major component was protecting educators of color from seniority-based layoffs that often affect them first.

Leah James, a special education teacher at Bryn Mawr Elementary School who’s been with the district for five years, said her school didn’t receive enough money in the most recent budget to retain her, due to seniority. The pathways for her to keep her job, she said, would involve other teachers of color losing theirs.

The group of educators who spoke with the Star Tribune said they expected seniority issues to be a priority during the strike, but found it was missing on picket lines, at rallies and news conferences. The group started visiting sites across the district and launched a petition to rally support, but they said they soon encountered resistance and negative messages from union leaders that they felt were directed toward them.

In e-mail and video messages, union leaders urged educators to avoid distractions and “shenanigans” on the picket line, including from fellow union members.

About the same time, some educators of color also raised concerns about crowds of mostly white union members picketing outside the homes of Black school board members — including one who’s the parent of a student in the district. Those concerns also went unheeded, the educators said, including at a March 17 meeting when staff from Patrick Henry discussed their concerns directly with union leaders.

Nafeesah Muhammad, a teacher with the district for several years, decided the day after that meeting to quit her job at Patrick Henry.

“I’m exhausted and burned out, and so my way of preserving my humanity is to say that I quit,” she said.

As the nearly three-week strike appears to be winding down, the group says they’re still determined to find a space where they can make the changes they want to see — maybe within the union, maybe not.

“This is a first step for educators of color,” Leonard said. “This strike is the beginning of something — it’s not the end of something.”