Small crowd gathers near the Capitol to protest arrests of Jan. 6 rioters – CNBC 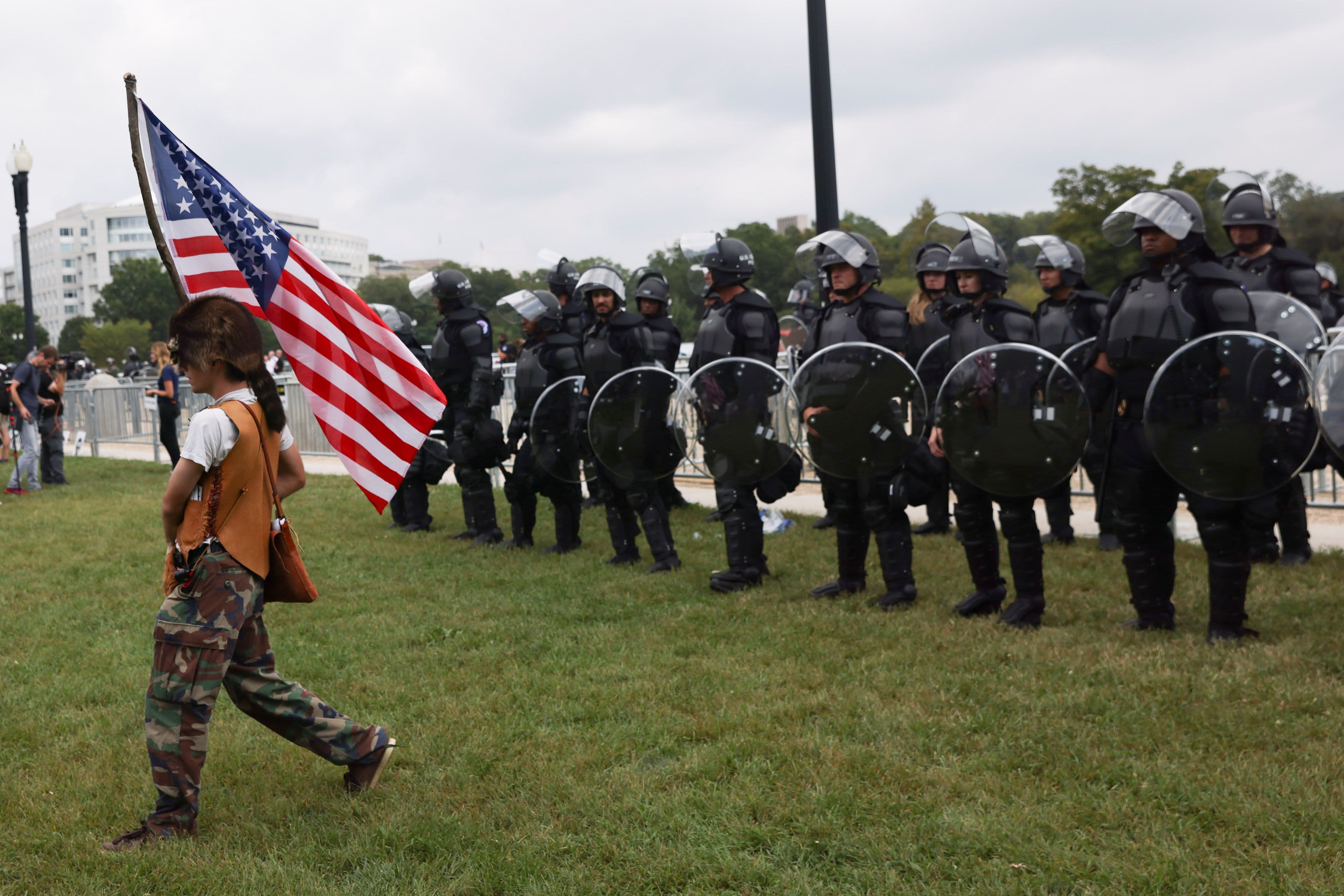 A demonstrator carrying a U.S flag passes by police officers standing in formation during a rally in support of defendants being prosecuted in the January 6 attack on the U.S. Capitol, in Washington, D.C., U.S., September 18, 2021.

A sparse crowd of demonstrators gathered in Washington to rally for those criminally charged in the Jan. 6 deadly pro-Trump insurrection.

Organizers called the rally “Justice for J6,” referencing the date in which supporters of former President Donald Trump stormed the U.S. Capitol in an attempt to prevent the certification of the 2020 election results.

Protestors were met with heavy presence of local, state and federal law enforcement — and members of the press — outnumbering event attendees.

Washington Metropolitan Police Chief Robert Contee told NBC News the crowd was “about what we expected” and the heightened police presence may have deterred attendance.

A riot police officer stands guard during a rally in support of defendants being prosecuted in the January 6 attack on the Capitol, in Washington, U.S., September 18, 2021.

Matt Braynard, the former Trump campaign staffer who organized the rally, previously told CNBC he expected the protest to be peaceful.

The Jan. 6 Capitol riot began shortly after Trump, speaking at a rally outside the White House, urged the crowd to march to Congress and fight against the certification of Joe Biden‘s election as president.

Four people died that day in connection with the riot, including a woman shot by a police officer as she tried to crawl through a window toward the House of Representatives chamber.

Capitol Police Officer Brian Sicknick died the following day after collapsing hours after he was attacked by rioters. Four police officers who responded to the insurrection have died by suicide since the attack.

Trump on Thursday said he sided with the rally attendees in condemning the criminal prosecution of the Jan. 6 riot participants.

More than 600 people have been arrested since the Jan. 6 attack, and over 50 of them have pleaded guilty to a variety of crimes. Six have been found guilty in court, according to the Justice Department.