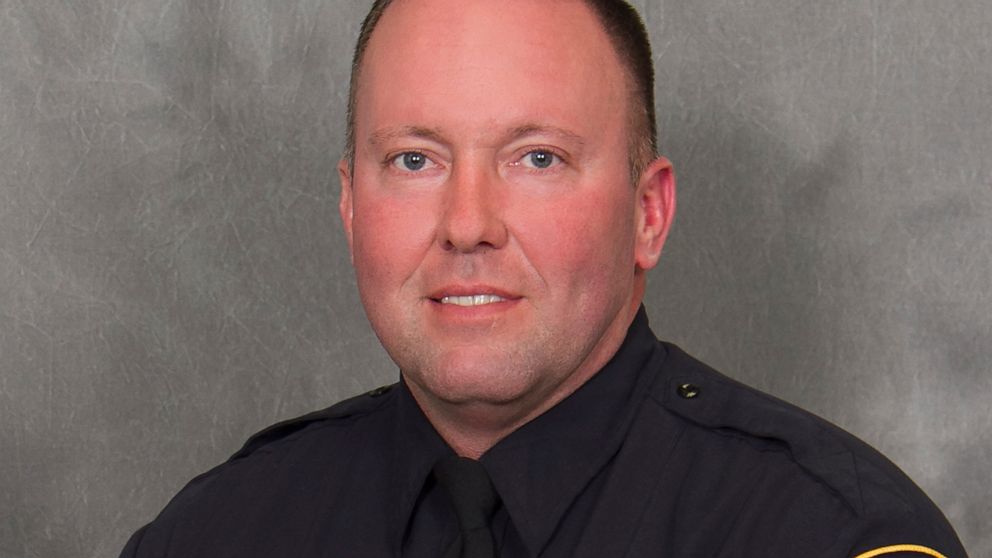 A procession, led by a hearse bearing the remains of a slain police officer, moved across central Illinois, giving hundreds to pay their respects to the fallen lawman

DECATUR, Ill. — A procession led by a hearse bearing the remains of slain police officer moved across central Illinois on Thursday, giving hundreds a chance to pay their respects.

Law enforcement agencies and other first responders escorted the body of Champaign police Officer Chris Oberheim, 44, through several cities, starting in Champaign, passing through Monticello, where he lived, and ending at a funeral home in Decatur, where Oberheim began his law enforcement career.

In Monticello, people lined Bridge Street to show respect to their neighbor. Vic Zimmerman, superintendent of the Monticello School District, said in a statement that Oberheim was involved in the lives of his four daughters, three of whom currently attend Monticello schools.

“Police officers, firefighters, and other first responders put their lives on the line every day to ensure that the rest of us are safe — they are there when we need them during our most difficult times and are often not appreciated for their daily work,” Zimmerman said.

Oberheim was killed early Wednesday during a shootout at an apartment complex. Officers had gone there in response to a report about a domestic disturbance and encountered the armed suspect. A second officer was wounded. The suspect, 24-year-old Darion Marquise Lafayette of Champaign, was killed in the shootout.