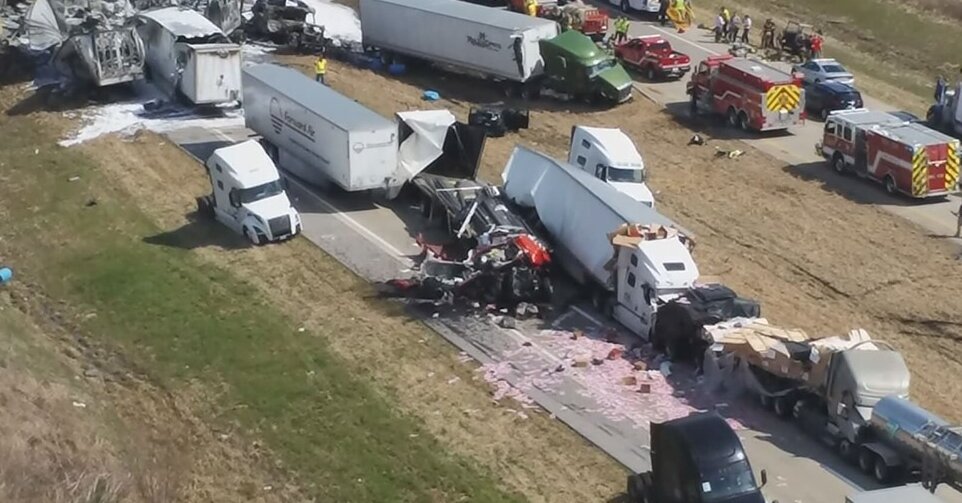 A chain-reaction crash on an interstate in southeastern Missouri on Thursday morning left six people dead and resulted in a pileup of an estimated 135 vehicles, closing the highway in both directions for hours, the authorities said.

“It appears a vehicle stopped in front of someone and caused a chain-reaction crash,” Sergeant Kinder said.

The initial crash occurred about 8 a.m. near Charleston, Mo., on southbound I-57. The collisions that followed migrated across the grass median into oncoming northbound traffic, shutting the interstate down and ultimately creating a crash scene that extended “probably a half a mile long,” Sergeant Kinder added.

Images from the scene showed crumpled, charred vehicles with plumes of billowing black smoke, and a long backlog of trucks and cars. Tractor-trailers were smashed and crunched against one another, their contents emptied onto the highway amid the gnarled metal.

Emergency responders and crews were continuing to clean up the highway, the Missouri Department of Transportation said on Twitter.

Most of the vehicles, including charred ones, have been removed from the crash scene, Mr. Kinder said, adding that the Highway Patrol is clearing remaining cargo with the goal of opening the highway before midnight.

Victims have been identified and two families have been notified, the Mississippi County coroner, Terry Parker, said Thursday night. He said that the recovery effort at the scene was completed.