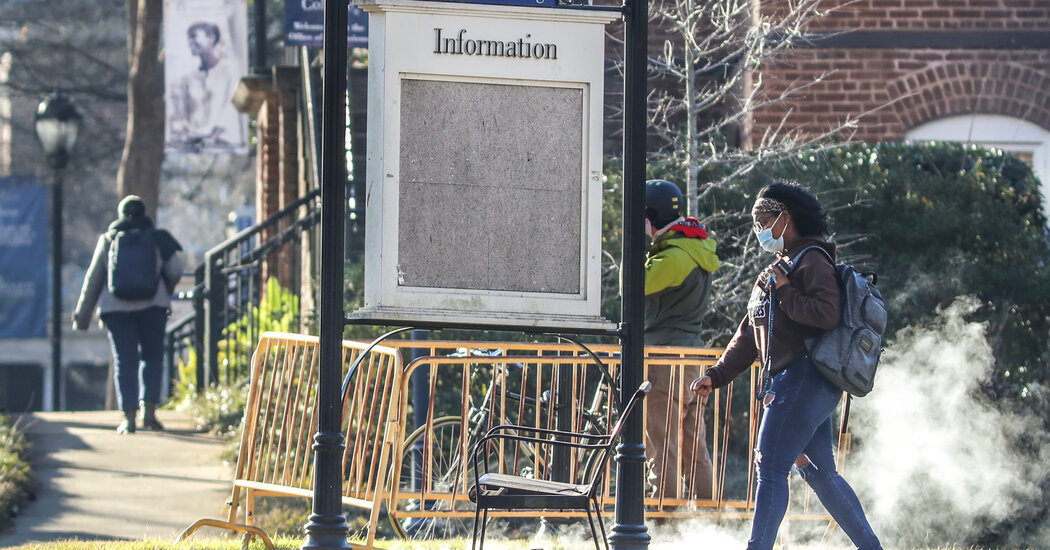 “Spelman is our sister school,” said Kyle Sloan, 19, a freshman at Morehouse. “This month is supposed to be about glorifying Black excellence, but this disrupts the whole flow. This feels like someone threatening to take that away from us.”

When threats were made on Jan. 5, many campuses were nearly empty because of winter break and the coronavirus pandemic, but dormitories and administrative buildings were still cleared out.

Robert Mueck, the director of public safety at St. John’s College, in Annapolis, Md., said he had noticed an uptick in bomb threats aimed at schools last November.

“My assumption is that social media is just making this much easier to communicate anonymously,” Mr. Mueck said. “Folks can call these in, make these threats and share who they’re going to target online.”

Not much is known about the prevalence of bomb threats aimed at schools. In 2018, the Bureau of Alcohol, Tobacco, Firearms and Explosives reported that 529 bomb threats were made to schools, a 33 percent increase from two years earlier.