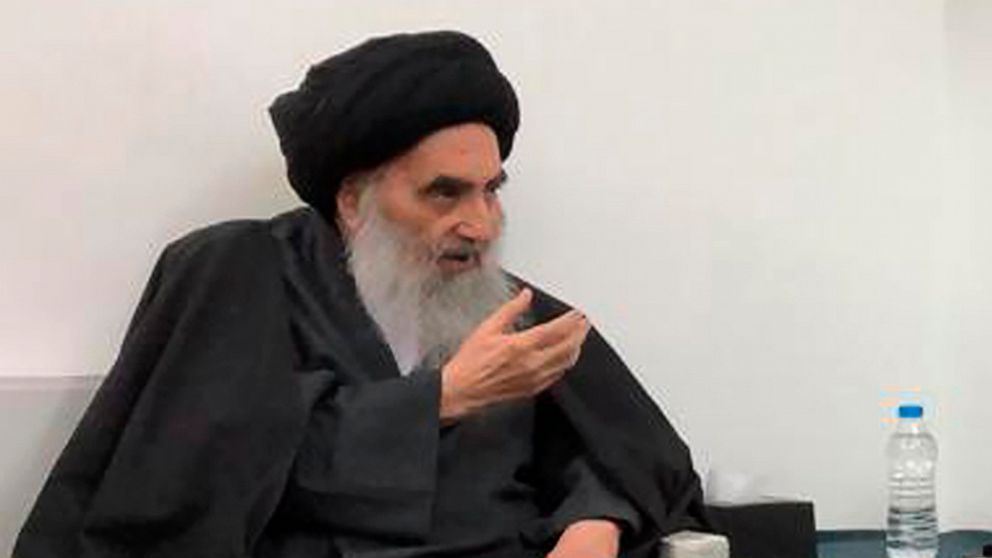 One highlight of Pope Francis’ historic visit to Iraq is his meeting Saturday with a revered religious leader for Shiite Muslims, Grand Ayatollah Ali al-Sistani

One highlight of Pope Francis‘ historic visit to Iraq is his meeting Saturday with a revered religious leader for Shiite Muslims, Grand Ayatollah Ali al-Sistani.

Francis has spent years trying to improve Christian relations with Muslims and has already forged close ties with a prominent Sunni figure, Sheikh Ahmed el-Tayeb, grand imam of Al-Azhar, the seat of Sunni learning in Cairo.

Here’s a look at the grand ayatollah.

The 90-year-old al-Sistani is the top Shiite cleric in Iraq and a powerhouse in the Shiite world. Millions of Shiites the world over revere him as a spiritual guide, turning to him on all sorts of questions from day-to-day matters to complex theological issues.

His influence, derived from his moral and spiritual authority, stretches beyond the religious.

After the 2003 ouster of Saddam Hussein, al-Sistani emerged as a powerful voice in Iraq’s political process — a symbol of the ascent of Iraq’s Shiite majority after the war.

His status is belied by his reclusiveness — he generally eschews public appearances and puts out messages through representatives— and the modesty of his home near the gold-domed Imam Ali Shrine in the Shiite holy city of Najaf.

He has weighed in with calculated interventions at critical junctures during Iraq’s tumult. His positions forced Iraq’s post-Saddam U.S. administrators to significantly revise their transition plans.

In 2004, it took his return from London, where he was treated for a heart condition, to end fighting in Najaf between a Shiite militia and U.S. and Iraqi forces. He has called for unity and peaceful dialogue during times of sectarian strife and violence.

Al-Sistani belongs to a school of thought that doesn’t subscribe to Iranian-style rule by clerics, and he is seen by many as a counterbalance to Tehran’s influence in Iraq.

In 2014, he called on able-bodied Iraqis to volunteer and join security forces to fight the onslaught of the Islamic State group. The call was widely heeded and the mobilization helped defeat the militants. But it also swelled the ranks of Shiite militias, many of which are loyal to Iran and have been accused of worsening sectarian tensions.

In 2019, al-Sistani’s call on lawmakers to reconsider their support for the government led to the resignation of then-prime minister Adel Abdul-Mahdi amid pressure from anti-government protests.

The cleric, who wears a white beard and a black turban, was born in the Iranian city of Mashhad in 1930, where he began learning the Quran at age 5, according to the biography on his website. He embarked on formal religious studies in the Iranian city of Qom, a path that he continued when he later moved to Najaf in Iraq.

When in 2020, al-Sistani underwent surgery for a fractured bone, his well-wishers included officials from both Iran and the United States, bitter rivals for influence in Iraq.

Associated Press religion coverage receives support from the Lilly Endowment through The Conversation U.S. The AP is solely responsible for this content.