She Sought Justice on TikTok. Now Her Father Is Charged With Homicide. 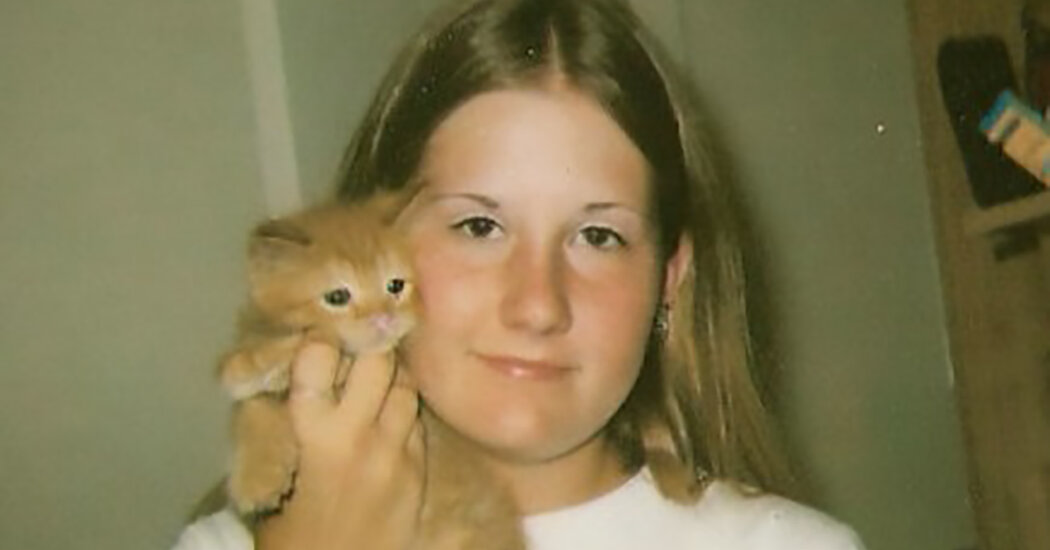 The police in Phoenix initially thought Alissa might have run away from home. But as years passed with no sign of her, Sarah Turney, now 31, came to believe that Alissa was not a runaway but a victim of homicide.

She waged a yearslong social media campaign to encourage an investigation into the man she suspected most: her father, Michael Turney. She shared details about her sister’s disappearance in a podcast and on Twitter, Facebook, Instagram and YouTube.

That was the platform where her campaign really caught fire, she said in an interview. Ms. Turney subverted popular memes like “put a finger down” and “interior crocodile alligator” to push for charges against her father, eventually gaining more than a million followers.

“That dark humor of TikTok really just lent itself to me,” she said. “I feel like there was not another platform where I could be as expressive.”

“Your perseverance and commitment to finding justice for your sister, Alissa, is a testament to the love of a sister,” she said. “Because of that love, Alissa’s light has never gone out.”

Ms. Turney did not only campaign for justice, she also became an amateur sleuth. She recorded conversations with her father and shared the clips on YouTube. She pored over old home videos and posted footage on TikTok. At one point, she described efforts to locate her sister’s body.

Alissa was “extremely sweet — strong and sweet,” Ms. Turney said. The sisters lost their mother to cancer when they were young and were mostly raised by Mr. Turney, Ms. Turney’s biological father and Alissa’s stepfather and legal guardian.

“Of course we fought like normal sisters over toys, over hair, over clothes,” Ms. Turney said. But when she was on the cusp of becoming a teenager, she said, she and her sister grew closer. “I didn’t really feel the need to tattle as much,” she said. “I was finally accepted into the cool kids’ club.”

That was just before Alissa disappeared.

Mr. Turney has been accused of abusing, surveilling and controlling Alissa, and Ms. Turney has publicly shared some of the video footage he recorded. In one clip from 2000, it appears that Mr. Turney sat in a parking lot to film Alissa while she worked at a fast-food restaurant.

At the news conference on Thursday, Detective William Anderson of the Phoenix Police Department said that after an initial investigation into Alissa’s disappearance in 2001, the police “became aware of additional information” in 2008, leading to a “re-investigation” that involved more than 200 interviews with people who knew her.

Then, he said, the police “bumbled into” another discovery. At Mr. Turney’s residence in Phoenix, they found “26 pipe bombs and three incendiary devices,” according to an F.B.I. statement.

In an interview with ABC News in 2009, Mr. Turney suggested that the explosives were not meant to hurt innocent people. He also said that he had not killed his stepdaughter.

In response to questions about whether he had been a controlling parent, he said that he had been trying to keep Alissa safe. “I look back at it, because she ran away as a result of that,” he added. “Yeah, of course I feel bad about it.”

In 2010, Mr. Turney pleaded guilty to the unlawful possession of unregistered destructive devices, a felony, and was sentenced to a decade in prison. He served seven years. Ms. Turney’s social media campaign kicked off around the time of his release.

A lawyer for Mr. Turney did not immediately respond to a request for comment.

It was unclear how Ms. Turney’s online efforts affected the case, and Detective Anderson did not say what evidence prompted the homicide charge this month. On Tuesday, a police spokeswoman also declined to answer that question.

Detective Anderson referred to the case as a “no-body homicide investigation,” but stopped short of confirming that Alissa was dead. “This office would not seed charges in a homicide if there was a belief that the victim was alive,” a spokeswoman for the Maricopa County Attorney’s office said.

“In my heart, I feel certain that Alissa is gone,” Ms. Turney said. “It took me a very, very long time to come to that conclusion, and there was so much guilt there when I did.”

After the charge against her father was announced, she posted celebratory updates to her social media accounts. But Ms. Turney knows the story is far from over. She plans to attend every court hearing, she said — just as she did a decade ago, when her father was on trial for the explosives possession charge.

“All I can hope for is a fair trial for Alissa and my father,” she said. “That’s all I ever wanted, is for them both to have their day in court.”