Sept. 11 Prosecutors Are in Plea Talks That Could Avert a Death-Penalty Trial 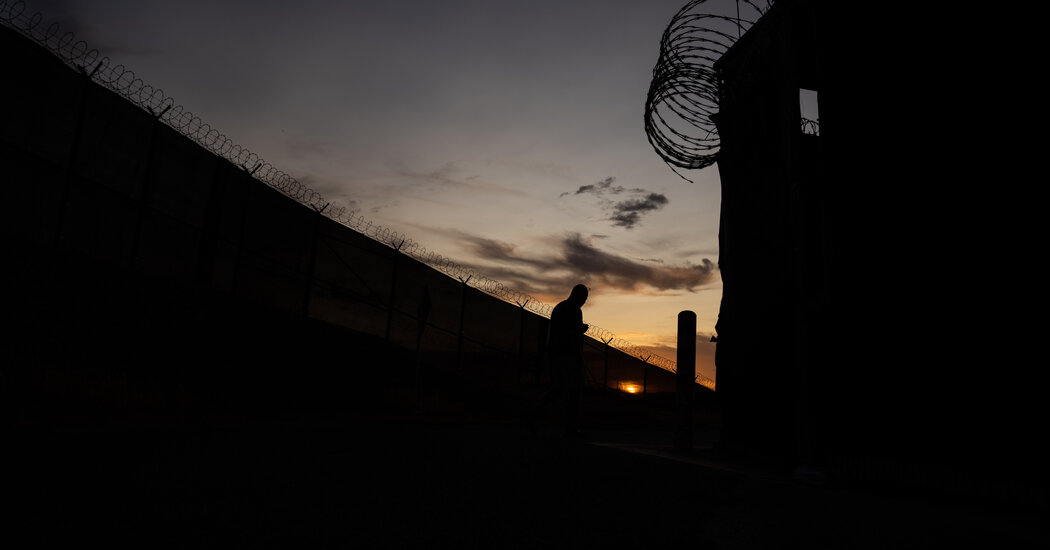 Advocates for closure have suggested that some of the men who face charges could serve their sentences in the custody of another country. Convictions through plea deals might also persuade Congress — which forbids the transfer of detainees to the United States — to lift the restriction for the purpose of incarcerating inmates who have been convicted in secure, more efficient settings.

During the Trump administration, the convening authority, Harvey Rishikof, was exploring the idea of plea agreements. Attorney General Jeff Sessions found out about the talks, testimony in court showed, and called Defense Secretary James N. Mattis, demanding that there be no deal. Mr. Mattis then fired Mr. Rishikof, citing unrelated reasons.

A core issue is how many of the defendants beside Mr. Mohammed would serve life sentences without possibility of parole, and whether some of the accused accomplices with lesser roles in the attacks would serve shorter sentences. Lawyers for two defendants — a Saudi prisoner, Mustafa al-Hawsawi, and a Pakistani national, Ammar al-Baluchi, who is Mr. Mohammed’s nephew — have described them as ignorant of the Sept. 11 plot when they helped some of the hijackers with money transfers and travel arrangements from the United Arab Emirates.

Psychologists conducting interrogations for the C.I.A. waterboarded Mr. Mohammed 183 times; defense lawyers have pursued an overarching theory that because of its actions, the U.S. government lost the moral and legal authority to execute the defendants. Agents also kept the five defendants nude, beat them, strung them up by their arms in chains and subjected them to rectal abuse and sleep deprivation during the three and four years they were held in the so-called C.I.A. black sites before their transfer to Guantánamo in 2006.

As part of any plea agreement, the defendants would have to work with prosecutors, through their lawyers, on individual lengthy narratives known as a stipulation of fact — essentially a prosecution-approved admission of their crimes.

Once signed, the men could be brought to court for questioning by the trial judge, Col. Matthew N. McCall of the Air Force, on whether they cooperated willingly with the process. Under war court law, military juries — not judges — sentence defendants who plead guilty, generally from a range set in the plea agreement. The Pentagon would need to assemble a jury of U.S. officers to hear the statements and other presentations by both sides and then issue sentences, even if they are separately capped in secret pretrial agreements. That portion could span months.

People familiar with the talks said a military jury’s recent reaction to descriptions of C.I.A. torture of another prisoner in a lesser-known case might have contributed to the willingness of prosecutors to negotiate.