Three top U.S. senators will visit Taiwan to meet with its top leaders Sunday amid a period of tense relations between the United States and China.

Sens. Tammy Duckworth, D-Ill., Chris Coons, D-Del., and Dan Sullivan, R-Alaska, are making the visit as part of a broader trip to Asia, according to the American Institute in Taiwan, which announced the visit Saturday.

“The bipartisan congressional delegation will meet with senior Taiwan leaders to discuss U.S.-Taiwan relations, regional security, and other significant issues of mutual interest,” the organization said in a statement.

The move will likely anger China, since the state was upset when President Biden asked former Sen. Chris Dodd, D-Conn., and other former State Department officials to Taiwan earlier this year. The U.S. also moved to relax guidelines around communication between U.S. officials and Taiwan. The Chinese government said the U.S. should “Stop immediately all official interactions with the Taiwan region.” 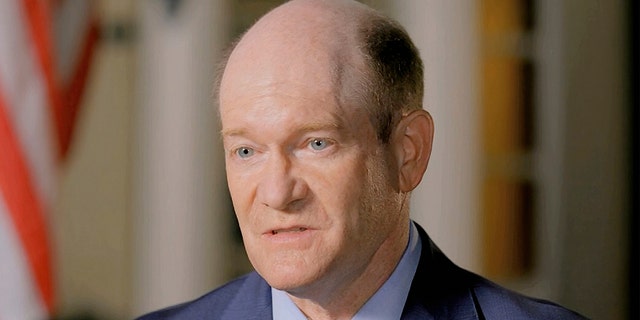 U.S.-China ties remain strained over issues ranging from the independence of Taiwan and Hong Kong to the Chinese persecution of Uighur Muslims to China’s broad military and economic claims in the South China sea.

China claims Taiwan, which functions as a democracy under an elected government, as its own territory. The United States does not have official diplomatic ties to Taiwan but still engages with Taiwan commercially and through unofficial diplomatic channels. And members of Congress regularly visit the island as a way to show their support for its democracy and demonstrate strength against China.

In his confirmation hearing, Secretary of State Antony Blinken said the “bipartisan commitment to Taiwan” and “making sure that Taiwan has the ability to defend itself… will absolutely endure in a Biden administration.”

CHINA WARNS US TO STOP ‘PLAYING WITH FIRE’ ON TAIWAN

“Our support for Taiwan is rock solid,” a State Department spokesperson told Fox News earlier this year. “We are committed to deepening our ties with Taiwan – a leading democracy and a critical economic and security partner.” 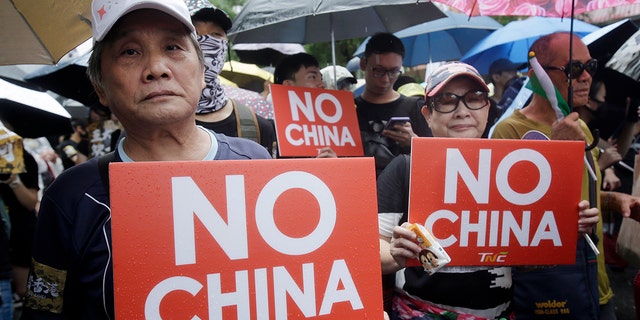 Hong Kong students and Taiwanese supporters hold slogans during a march in Taipei, Taiwan, Sunday, Sept. 29, 2019. The demonstration was part of global “anti-totalitarianism” rallies in over 60 cities worldwide, including in Australia and Taiwan, to denounce “Chinese tyranny.” (AP Photo/Chiang Ying-ying)

China has also recently sent fighter jets and nuclear-capable bombers to fly over Taiwan and the U.S. has flexed its military muscles in the region too.

These tensions follow a tone-setting meeting that happened soon after Blinken was confirmed. He and National Security Adviser Jake Sullivan participated in a testy meeting with their Chinese counterparts in Alaska. Blinken expressed “deep concerns” over what he’s called China’s genocide against the Uighur Muslims, economic coercion, cyberattacks and more.

And it’s not clear what might tone down tensions between Washington and Beijing, as the Biden administration turns its focus toward China even as its new defense budget is smaller than some Republicans would like.

In his request to Congress, Biden asks for $5.1 billion to be spent on a “Pacific Deterrence Initiative” to counter Beijing.