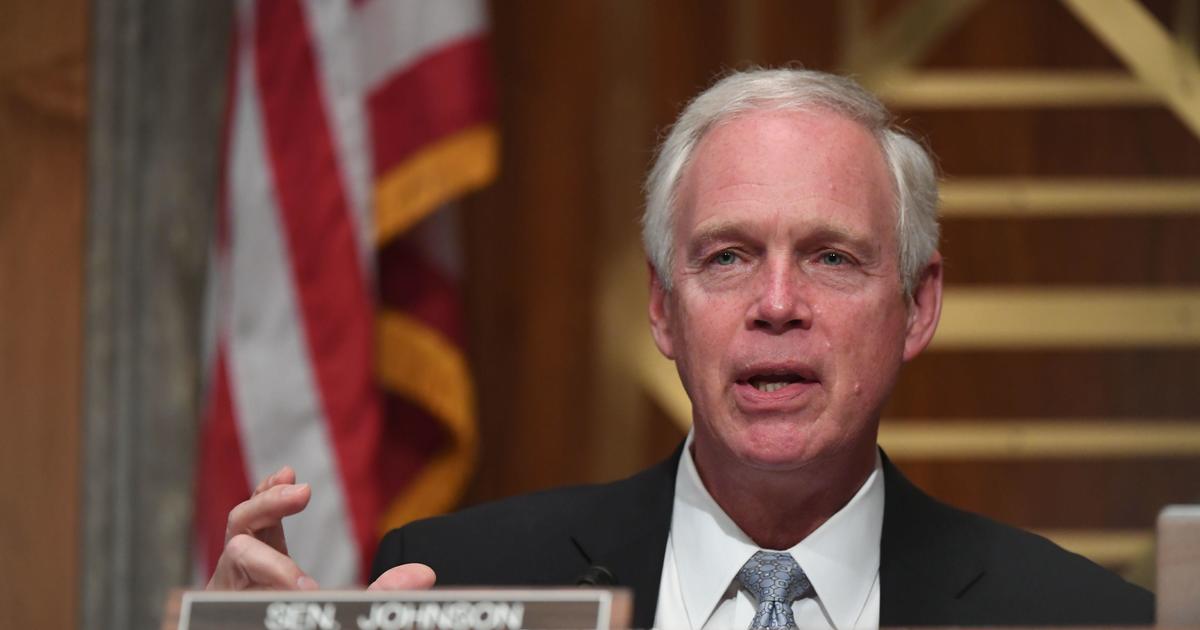 Washington — The Republican chairmen of two Senate committees released Wednesday a controversial report on possible conflicts of interest between the Bidens and Ukraine, finding that Hunter Biden’s position on the board of a Ukrainian energy company Burisma Holdings was “problematic” and that warnings about his role were ignored by the Obama administration.

The report, which reveals little new information, follows a yearlong investigation mounted by GOP Senators Chuck Grassley of Iowa, who leads the Senate Finance Committee, and Ron Johnson of Wisconsin, who helms the Senate Homeland Security and Governmental Affair Committee. The report does not assert that the former vice president pushed for the firing of a Ukrainian prosecutor in order to protect Burisma, a central claim made by President Trump and his allies.

“What the chairmen discovered during the course of this investigation is that the Obama administration knew that Hunter Biden’s position on Burisma’s board was problematic and did interfere in the efficient execution of policy with respect to Ukraine,” the report states. “Moreover, this investigation has illustrated the extent to which officials within the Obama administration ignored the glaring warning signs when the vice president’s son joined the board of a company owned by a corrupt Ukrainian oligarch.”

The GOP chairmen said Hunter Biden’s position on the board of Burisma was “awkward” and “created an immediate potential conflict of interest.” The senators claim Hunter Biden “was not the only Biden who cashed in on Joe Biden’s vice presidency.”

Andrew Bates, a spokesman for Joe Biden’s presidential campaign, lambasted Johnson for diverting his committee “away from any oversight of the catastrophically botched federal response to the pandemic.”

“Why? To subsidize a foreign attack against the sovereignty of our elections with taxpayer dollars — an attack founded on a long-disproven, hardcore rightwing conspiracy theory that hinges on Senator Johnson himself being corrupt and that the Senator has now explicitly stated he is attempting to exploit to bail out Donald Trump’s re-election campaign,” Bates said in a statement before the report’s release.

“The chairmen have amplified a known Russian attack on our election, and have used the credibility of the United States Senate to advance these discredited narratives, despite warnings from the Intelligence Community, the national security experts they interviewed over the course of their investigation, and Trump administration officials,” Peters said in a statement. “It is unconscionable that the chairmen are continuing to advance false information intended to undermine our democratic process at the expense of the bipartisan work we should be doing to protect our national security.”

Wyden said the probe was a “sham” and “an attempted political hit job facilitated by the State Department.”

The investigation mounted by Grassley and Johnson in August 2019 has faced fierce criticism from Senate Democrats who argue it is founded on a baseless conspiracy theory peddled by the Kremlin. Democrats have also warned their Republican colleagues are spreading Russian disinformation.

The Republicans said in their report their work has focused solely on records from the Obama administration and the consulting firm Blue Star Strategies, as well as interviews with former and current government officials, including George Kent, current deputy assistant secretary of state; Victoria Nuland, former assistant secretary of state; and Elisabeth Zentos, a former official with the National Security Council. The committees also spoke with one foreign national about ties to the Obama administration, an operative with the Democratic National Committee and Blue Star.

Blue Star, a U.S.-based government consulting firm that did work for Burisma, hired Andrii Telizhenko, a Ukrainian national who worked at the country’s embassy in Washington, in 2016. According to the committee’s report, Telizhenko’s contract overlapped with Blue Star’s representation of Burisma.

The Republicans said Blue Star’s senior executives were in contact with Telizhenko, who has worked with Rudy Giuliani, for several years, including as they sought to set up meetings with the State Department during the Obama administration and met with Ukrainian officials. While Blue Star’s contract with Telizhenko ended in 2017, messages obtained by the committee and included in the report show contact between the firm’s senior ranks and the Ukrainian diplomat continued in 2019.

“The Obama administration and the Democrat lobby shop Blue Star Strategies had consistent and extensive contact with Andrii Telizhenko over a period of years,” the report states. “Yet despite these well-documented contacts with Democratic officials, Democrats have attempted to impugn this investigation for having received some Blue Star-related records from him.”