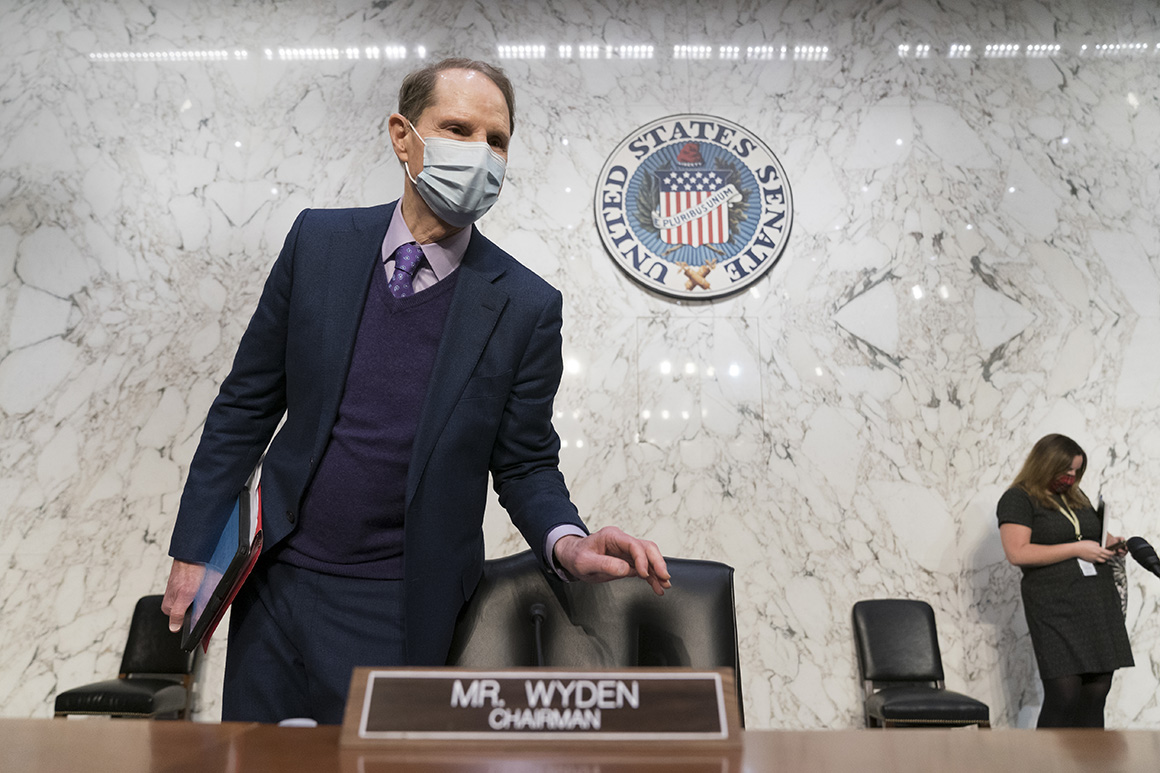 Their plan also endorses Biden’s proposal to change how companies calculate the tax so they can’t average their GILTI tax bills across all of their overseas operations, which tends to reduce their tax bills. But while Biden proposed requiring companies to calculate the tax on a country-by-country basis, the senators suggest allowing businesses to divvy up their bills between high-tax and low-tax countries, on the theory that would be easier to administer.

And while Biden proposed blowing up another tax known as the Base Erosion and Anti-Abuse Tax and killing an export incentive known as Foreign Derived Intangible Income, the tax writers would keep both but make a number of changes.

“The international tax system should focus on rewarding companies that invest in the US and its workers, stop incentivizing corporations to shift jobs and investment abroad, and ensure that big corporations are paying their fair share,” the nine-page framework says.

“Not only would these reforms make our international tax system better, they can raise revenue necessary to invest in America.”

The plan comes as Democrats lean into tax increases on big corporations to generate the revenue to pay for their infrastructure plan.

Biden kicked off the debate last week, with a proposal to raise corporate taxes to offset the cost of his infrastructure plan. Congress will have plenty of changes to the plan, with the House’s top tax writer suggesting last week that he will offer alternative proposals.

It’s also possible that lawmakers will ultimately end up dumping some or all of the tax increases, and tack the cost of their spending package onto the deficit.

The proposal released Monday is notable for representing a large swath of the political spectrum within the Senate Democratic caucus, with Brown at the progressive end and Warner being more moderate.

Their framework still doesn’t have many numbers — it doesn’t propose a specific GILTI tax rate, for example. That’s because Democrats anticipate they will adjust rates according to how much money decide they need to raise.

Like the administration, Senate Democrats are working within the international tax system Republicans set up as part of their 2017 tax law, though they want to make it much tougher. The Democrats’ proposals would push it closer to a pure “worldwide” tax system in which the U.S. tries to tax companies regardless of where they are operating.

The senators want to rewrite BEAT to restore tax breaks for things like solar power and affordable housing that companies can now lose under the tax. They’re also proposing a second, higher BEAT tax bracket, along with its current 10 percent one.

“The BEAT should be reformed to capture more revenue from companies eroding the U.S. tax base, and use that revenue to support companies that are actually investing in America,” the plan says.

The lawmakers also want to grant FDII benefits to companies based on how much they spend on things like research and development and worker training in the U.S.