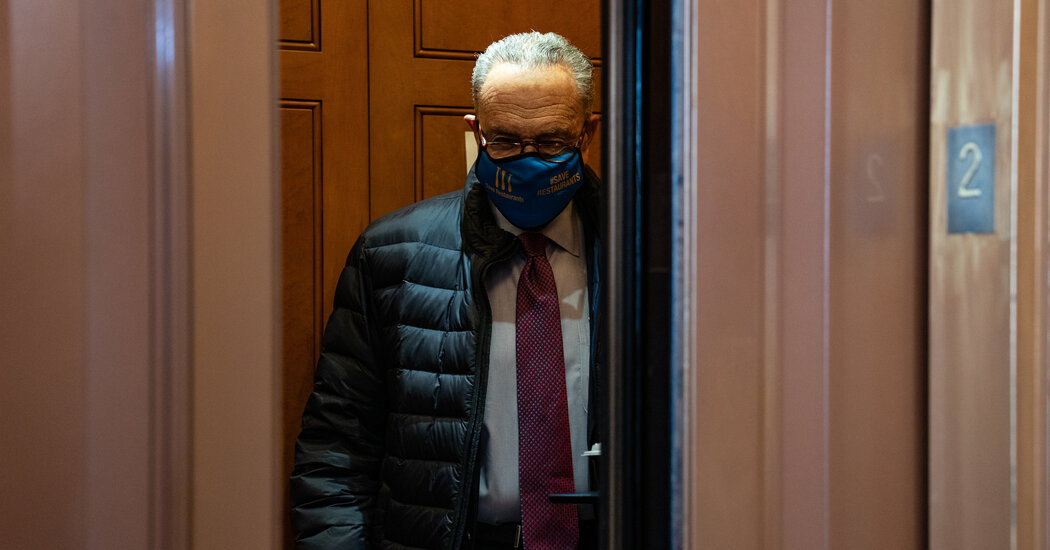 Senate Democrats, working to preserve moderate support for President Biden’s $1.9 trillion stimulus package, plan to drop their effort to increase a federal unemployment payment from $300 a week to $400, but extend it for an additional month, through Oct. 4, making another key concession to keep the pandemic aid plan on track.

Mr. Biden’s stimulus plan and the measure the House passed last weekend to implement it would raise the existing $300-a-week jobless payment, currently slated to begin expiring on March 14, to $400 a week and extend it through the end of August.

But some moderate Senate Democrats are opposed to raising the amount, while other Democrats were concerned about the possibility that the benefits could lapse when the chamber is typically on recess and out of Washington. The revision Democrats are proposing would address both issues, while also making a large portion of 2020 unemployment aid tax-free.

In a brief interview, Senator Ron Wyden, Democrat of Oregon and the chairman of the Finance Committee, said the change “avoids the August cliff, secures tax forgiveness — preventing what I call the unexpected unemployment tax surprise — and keeps the caucus together.”

It was aimed at appeasing centrist Democrats who might otherwise have been tempted to vote for a Republican amendment to cut the unemployment benefit to $300 per week — without extending it or including any tax sweeteners — thus sapping support for the bill among other Democrats.

The White House signaled support for the alternative, with Ron Klain, the chief of staff, tweeting, “This compromise is a great result.”

The proposal, introduced by Senator Tom Carper of Delaware, was just one of dozens of amendments the Senate was set to consider on Friday as it made its way through a marathon session of rapid-fire votes. The vote-a-rama, as it is known, could stretch long past midnight as Republicans battle against the bill, paving the way for a Senate vote to pass the stimulus plan as early as Saturday.

The unemployment provision would forgive up to $10,200 in taxes on unemployment benefits received through in 2020. Mr. Wyden, who was among those pushing to increase the unemployment payment to $400, said on the Senate floor that he was “really hoping this brings all sides of the Senate together.”

Democrats are racing against the clock, as some Americans have already begun to file their taxes and unemployment benefits are set to begin lapsing next weekend. The agreement would also extend tax rules regarding excess business loss limitations for one additional year, through 2026.

The threat of yet another late night in the Senate comes after Senator Ron Johnson, Republican of Wisconsin, demanded that a group of Senate clerks read all 628 pages of the legislation on the floor before debate could continue. The process began on Thursday at 3:21 p.m., and for 10 hours and 44 minutes, the clerks took turns reading passages to a virtually empty chamber. The Senate did not adjourn until 2:05 a.m.

But the Republican efforts to slow action on the Senate floor were expected to have little effect on the final legislation.

Each party holds 50 seats in the chamber, giving Democrats a one-vote margin of control thanks to Vice President Kamala Harris’s power to break ties. Senate Democrats, having already made significant revisions to the text the House approved over the weekend, are working to remain united. Republicans are expected to oppose the bill en masse, arguing that it is too costly and not targeted enough.