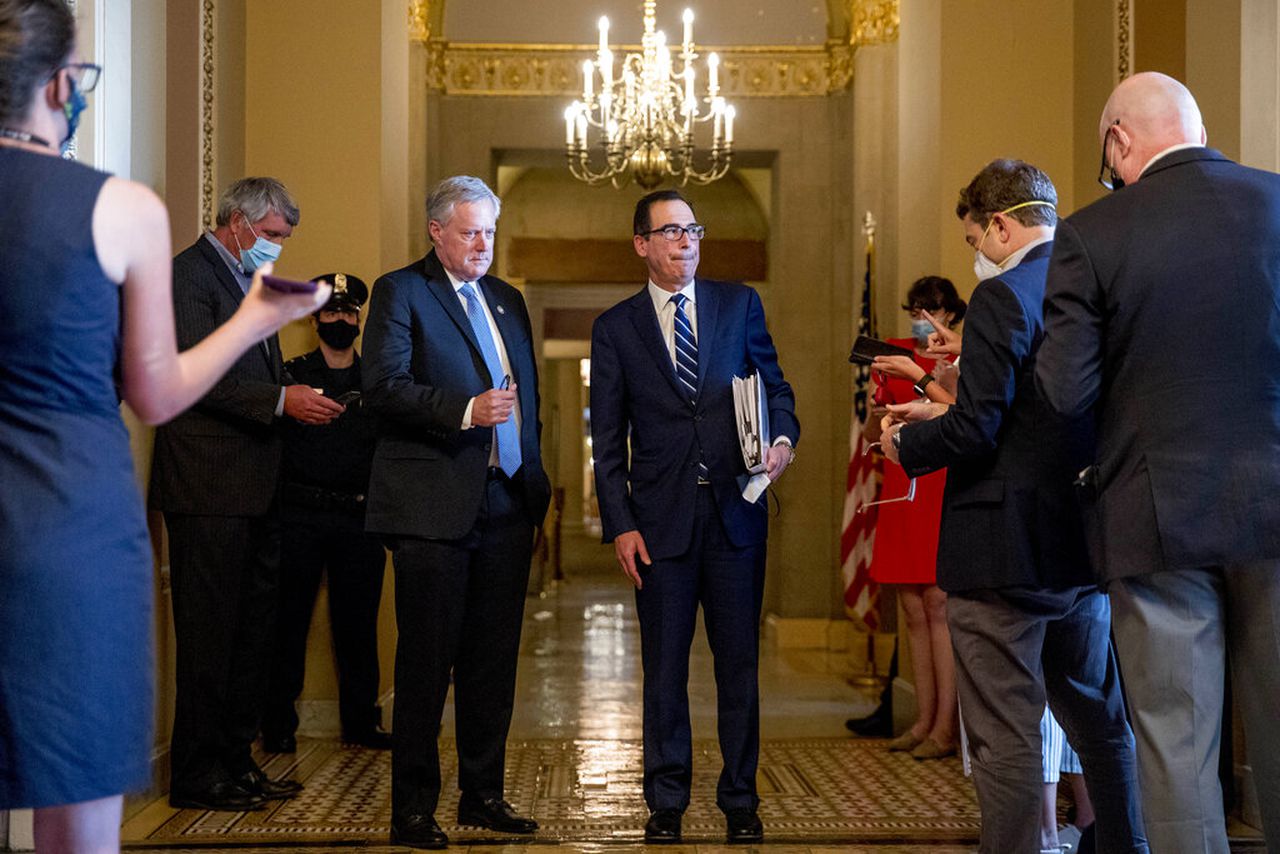 The Senate is expected to vote on a new stripped-down coronavirus relief package this week.

Senate Majority Leader Mitch McConnell said the “targeted” proposal focuses on “some of the very most urgent healthcare, education and economic issues.”

“It does not contain every idea our party likes. I am confident Democrats will feel the same. Yet Republicans believe the many serious differences between our two parties should not stand in the way of agreeing where we can agree and making law that helps our nation,” McConnell said in a statement.

The bill includes $300 a week for expanded unemployment insurance benefits through the end of the year and $257 billion for a second round of the small-business focused Paycheck Protection Program. The bill also includes $105 billion for schools and $16 billion for expansion of coronavirus testing.

The GOP proposal does not include another round of direct stimulus payments to Americans.

The previous round of stimulus payments included up to $1,200 pers person and $2,400 per family, plus $500 per dependent, and both parties had indicated they wanted another round to be part of a second relief plan and those negotiations are continuing.

The revamped bill is expected to cost about $500 billion. The measure would need 60 votes to pass, something deemed unlikely. Republicans are aiming to present a solid front, however, with backing from 51 GOP Senators.

Democratic leadership have deemed the bill a “non-starter.”

“Senate Republicans appear dead-set on another bill which doesn’t come close to addressing the problems and is headed nowhere. This proposal is laden with poison pills Republicans know Democrats would never support,” Pelosi and Schumer said in a joint statement.

McConnell said the vote could occur as soon as Thursday.