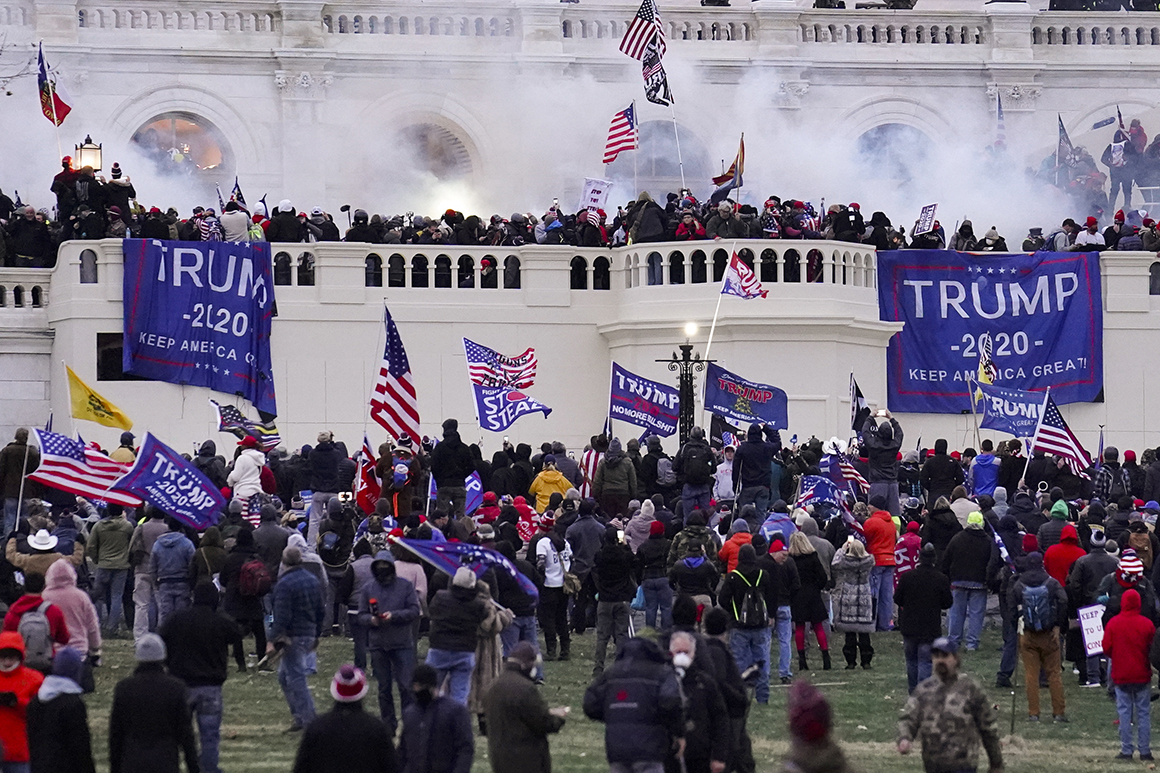 On Wednesday, attorneys for both the defense and the prosecution said the guidelines were likely to call for a 15- to 21-month sentence for Hodgkins. Moss would ultimately be free to impose a shorter or longer sentence, and Hodgkins’ attorney said he would likely argue for less time behind bars for his client.

The guidelines also call for a fine of between $7,500 and $75,000 for the obstruction charge — in addition to the $2,000 in restitution Moss said had been calculated as Hodgkins’ share of the roughly $1.5 million worth of damage done to the Capitol during the riot.

Although more than 450 people have been charged in relation to the storming of the Capitol, the only other defendant to accept a plea deal was Jon Schaffer, a 52-year-old man from Columbus, Ind., who pleaded guilty last month to two counts: obstruction of Congress and entering a Secret Service-restricted area with a deadly or dangerous weapon.

Schaffer, a self-described “lifetime member” of the Oath Keepers, entered into a cooperation agreement with the government that could allow him to share potential knowledge about the dozen other members of the anti-government militia network charged with conspiring to stop Congress’ election certification.

It is not clear, however, what information Hodgkins could offer prosecutors as part of his plea deal, and there was no discussion at the hearing about a cooperation aspect to his agreement. But taken together, Schaffer and Hodgkins’ pleas seemingly indicate that prosecutors will likely insist on a felony obstruction plea as the minimum plea deal for many defendants.

Amid the insurrection, photo and video evidence showed Hodgkins carrying a red “Trump 2020” flag on the Senate floor and putting on what appear to be white latex gloves while standing beside a desk with papers on it. Hodgkins said on Wednesday he took the gloves out of his own first aid kit in an attempt to render aid to a fellow rioter who had been shot in the face with a rubber bullet. The injured rioter did not want Hodgkins’ help, he said, so he removed them.

We Must Fight Restrictions on Voting Rights