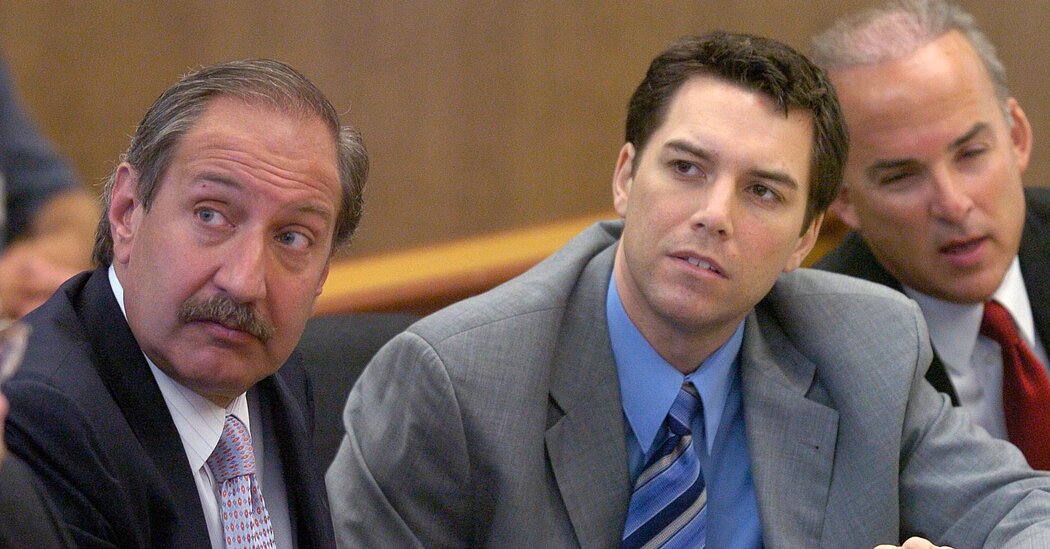 The California Supreme Court on Monday overturned the death penalty for Scott Peterson, who was found guilty in 2004 of killing his pregnant wife, Laci, in a notorious case that became fodder for the tabloids and cable news and spawned at least one made-for-TV movie.

The court upheld Mr. Peterson’s conviction, but it said that the trial judge had made mistakes that hindered his right to an impartial jury during sentencing.

“We reject Peterson’s claim that he received an unfair trial as to guilt and thus affirm his convictions for murder,” the court said. “But before the trial began, the trial court made a series of clear and significant errors in jury selection.”

The court said prosecutors could again seek the death penalty for Mr. Peterson at a new hearing.

Prospective jurors whose views on capital punishment would impair their ability to follow the law could be dismissed as unqualified, the court said. But jurors could not be dismissed simply for having expressed opposition to the death penalty.

“Here, the trial court erroneously dismissed many prospective jurors because of written questionnaire responses expressing opposition to the death penalty, even though the jurors gave no indication that their views would prevent them from following the law — and, indeed, specifically attested in their questionnaire responses that they would have no such difficulty,” the court said. “Under United States Supreme Court precedent, these errors require us to reverse the death sentence in this case.”

Mr. Peterson’s lawyer, Mark Geragos, welcomed the decision. “Obviously, if you death-qualify jurors in a case like this, that’s going to give you a jury with a pro-prosecution bent,” he said. Mr. Peterson, 47, has maintained his innocence.

The case received a high level of attention after Laci Peterson, a 27-year-old substitute teacher, was reported missing on Dec. 24, 2002, from the home she and Mr. Peterson shared in Modesto, Calif. Her body and her fetus were found four months later in San Francisco Bay. The baby, whom the couple had decided to name Conner, was due in February 2003.

During the 2004 trial, the prosecution argued that Mr. Peterson, who ran a fertilizer company in Modesto, killed his wife so he could carry on a relationship with another woman, Amber Frey.

When Ms. Frey, a massage therapist, started dating Mr. Peterson in November, he told her that he was unmarried and had no children, according to prosecutors. But days after Ms. Peterson was reported missing, a friend told Ms. Frey that Mr. Peterson was connected to the disappearance, and Ms. Frey called the police.

Ms. Frey told the police that Mr. Peterson confided in her in early December that he had recently “lost” his wife and that he would be spending the holidays alone, court documents said.

The police were suspicious of Mr. Peterson right away. The remains of Ms. Peterson and her fetus washed ashore in April 2003, close to where Mr. Peterson, then 30, had told the police he had gone fishing the day she went missing. He was arrested later that month.

When Mr. Peterson was sentenced to death by lethal injection in 2005, the judge gave Ms. Peterson’s family members the opportunity to address Mr. Peterson. “You are going to burn in hell for this, you are,” said Ms. Peterson’s father, Dennis Rocha. “Your life is done.”

Executions have declined in California, and in the rest of the United States, in recent years, as public support for the death penalty has waned. Last year, Gov. Gavin Newsom, a Democrat, announced a moratorium on capital punishment, granting a temporary reprieve to the 737 inmates on the state’s death row. The move was largely symbolic as legal challenges had already stalled executions in California, which last carried out an execution in 2006.

Mr. Newsom, who opposes the death penalty, said he imposed the moratorium because of capital punishment’s high cost, the potential for wrongful convictions and the racial disparities in how it is applied.

In making his announcement, Mr. Newsom went against the will of the state’s residents, who in 2016 rejected a ballot measure that would have abolished the death penalty.