Scott Hall, Wrestler Who Rose to Fame as Razor Ramon, Dies at 63 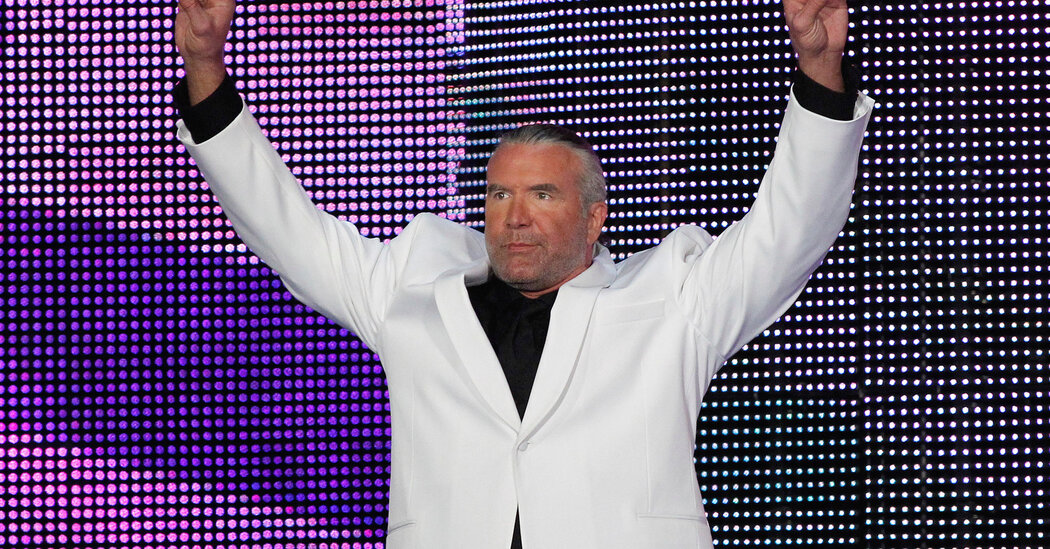 Scott Hall, the former professional wrestler who shot to fame in the early 1990s as the arrogant “Bad Guy” Razor Ramon, known for wearing gold chains and flicking a toothpick at opponents, has died. He was 63.

In a statement about his death on Monday, World Wrestling Entertainment called Mr. Hall a “hugely influential superstar.” The statement did not say when or where Mr. Hall died, and did not give a cause.

Mr. Hall was part of a wrestling cohort that broke into mainstream fame in the 1990s and early 2000s under the watchful eye of Vince McMahon, the chairman of the WWE. The era produced stars including Dwayne “The Rock” Johnson, “Stone Cold” Steve Austin and the Undertaker.

Mr. Hall had suffered complications from hip replacement surgery this month, according to Pro Wrestling Torch, a site that has extensively covered the wrestling world for more than 30 years. He had been on life support in Georgia following three heart attacks over the weekend, the website said.

Kevin Nash, another former professional wrestler, said in an Instagram post on Sunday that Mr. Hall’s family had intended to take him off life support.

“I’m going to lose the one person on this planet I’ve spent more of my life with than anyone else,” Mr. Nash wrote. “I love Scott with all my heart but now I have to prepare my life without him in the present.”

Mr. Hall started his wrestling career in 1984 and joined World Championship Wrestling in 1991 as the Diamond Studd, according to WWE. The next year he joined the WWE, then known as the World Wrestling Federation, as Razor Ramon, a character that he said was influenced by Al Pacino’s portrayal of Tony Montana in “Scarface.” Standing well over 6 feet tall, he often towered over his rivals in the ring, and was known for sporting slick black hair and gold chains around his neck, inside and outside the ring.

Mr. Hall became a four-time Intercontinental Champion during his time with the WWE. Two of his most famous performances were ladder matches — a contest to grab the championship belt, hung above the ring, using a ladder — against Shawn Michaels for that title at WrestleMania X and SummerSlam 1995.

Mr. Hall rejoined World Championship Wrestling in 1996 as a heel, or villain, under his given name and became a founding member of the New World Order, alongside Mr. Nash and Hulk Hogan.

Outside the ring, Mr. Hall struggled with drugs and alcohol abuse, and went to rehab at least a dozen times, according to a 2017 interview. He said that WWE supported some of his treatment, and he credited another wrestler, Diamond Dallas Page, with helping with his recovery.

Scott Hall was born into a military family on Oct. 20, 1958. In a 2011 ESPN short film, he described growing up with substance abuse among family members. “I was head of the household at, like, 15,” Mr. Hall recalled. “My dad used to tell me: ‘You’re going to slip. You know, you’re going to fall.’ He said, ‘Try to fall forward.’”

In 1983, Mr. Hall was working as a bartender at a strip club in Orlando, Fla., when he became involved in a struggle in which another man was fatally shot, according to the ESPN film and The Orlando Sentinel.

“A guy pulled a gun on me, and I took it away from him and shot him,” Mr. Hall said in 2011, describing it as a fight over a woman. “I should have sought counseling, like, right then but I didn’t know anything. I was a kid.”

Mr. Hall was charged with second-degree murder, according to The Sentinel. The case was dismissed because of insufficient evidence, according to the film.

Mr. Nash said on Sunday that Mr. Hall “wasn’t perfect.” He added, “But as he always said, ‘The last perfect person to walk the planet they nailed to a cross.’”

Mr. Hall was inducted into the WWE Hall of Fame as Razor Ramon in 2014 and again in 2020 as a member of the New World Order.

“I learned that when I stepped through that curtain, that I could have a relationship as a performer with an audience,” Mr. Hall said in his 2014 induction speech. “And it was a powerful thing to me, whether I was the hated villain or the beloved hero. That was something that I’ve always treasured.”